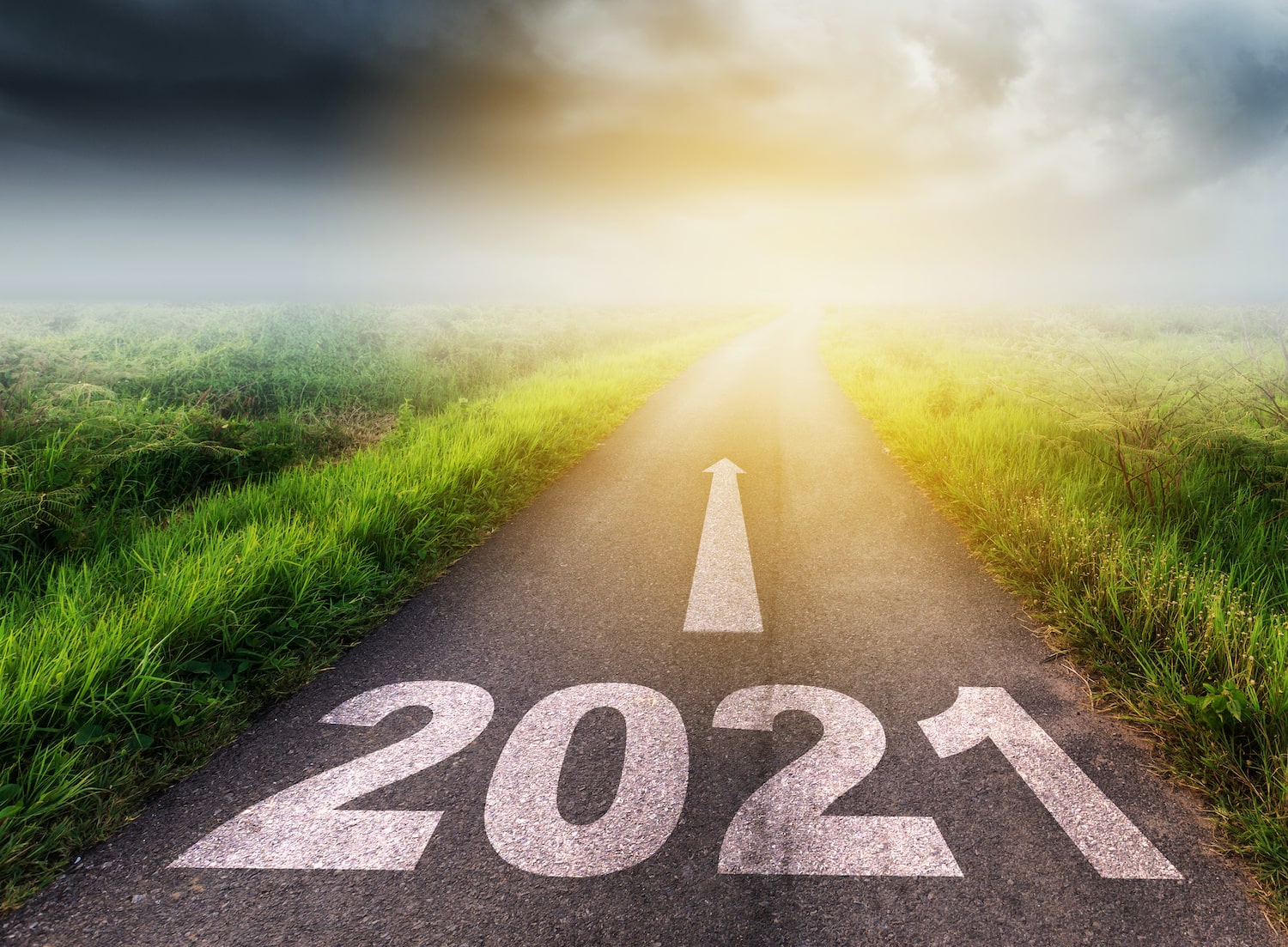 Each December, the advent of the new year carries a chance of renewal, a glimmer of hope and an opportunity for redemption.

But bidding good riddance to a year plagued by perpetual political, health care and cultural conflicts packs even more promise than in Decembers of the past.

This exhausting year comes to a close as the first Floridians began receiving highly anticipated vaccinations considered a critical step on the path toward a return to normalcy amid the coronavirus pandemic.

The first doses of vaccines offered welcome respite, but the relief is tinged by gaping holes in family trees, soul-ravaging isolation and anxiety and, for some, insurmountable rifts in a bitterly divided nation.

With Inauguration Day just around the corner, President Donald Trump seems to have intensified the country’s collective angst. The Republican President is refusing to acknowledge that President-elect Joe Biden will move into the White House on Jan. 20.

Politics aside, Biden delivered a grim forecast about the nation’s war with COVID-19, the respiratory disease caused by the coronavirus.

“Here is the simple truth: Our darkest days in the battle against COVID are ahead of us, not behind us. So we need to prepare ourselves, to steel our spines. As frustrating as it is to hear, it’s going to take patience, persistence and determination to beat this virus,” the Democrat said this week.

NOT THE ‘ROSIEST OF PICTURES’

Gov. Ron DeSantis had been on the job for a little over a year when COVID-19 descended on the state in March.

Over the course of the next nine months, the Sunshine State became gripped in the throes of the disease, which has claimed the lives of more than 21,000 people in Florida and sickened an untold number of other residents and visitors.

The Republican Governor, who’s had a standoffish relationship with the press since he began campaigning for the statewide position, has taken immeasurable heat for his handling of the virus.

DeSantis ordered widespread shutdowns in the spring, triggering a furor in the business community and delivering a gut punch to the state’s once-rollicking economy.

DeSantis began gradually scaling back restrictions in May and pretty much eliminated them in late September, prohibiting city and county officials from shutting down restaurants and collecting fines from people who don’t wear face masks.

Democrats and other critics, who’ve consistently pushed for a statewide mask mandate, continue to gripe that the governor hasn’t done enough to curb the spread of COVID-19 in Florida, where health officials have logged more than 1.2 million cases since the onset of the pandemic.

Forced closures and required reopenings triggered a flurry of legal challenges, including numerous lawsuits over local face mask ordinances, a stab at shutting down beaches and an effort by Florida’s largest teachers union to halt a state-ordered relaunch of brick-and-mortar schools for the fall semester.

Some teachers opted to retire early or resign rather than risk being exposed to the highly contagious virus, but DeSantis has stood by the decision to allow families to choose whether to send their children back to school in person or have them participate in distance learning.

“I would say that closing schools due to coronavirus is probably the biggest public health blunder in modern American history,” DeSantis told reporters last month.

But Democrats continue to point the finger at DeSantis, accusing him of having conceded to COVID-19.

“The Governor can sketch the rosiest of pictures and manipulate all the data that he wants, but the word is out that he does not have this virus under control, and has no interest in doing so,” state Sen. Linda Stewart, an Orlando Democrat, told reporters on Dec. 10.

HOPE ON THE HORIZON

Since the first COVID-19 shots arrived in Florida on Dec. 14, DeSantis has traveled throughout the state to tout his approach to doling out highly anticipated doses of the Pfizer Inc. and Moderna vaccines.

DeSantis says he’s focused on ensuring that the state’s millions of seniors are first in line for vaccinations, along with people he calls “tip-of-the-spear” health care workers.

Florida’s long-term care facility residents and staff have borne a huge brunt of the coronavirus. According to state health officials, nearly 83% of the state’s COVID-19 deaths have involved people 65 or older. About 38% of the state’s deaths have involved residents and staff of long-term care facilities, with the overwhelming majority of residents of nursing homes and assisted living facilities, state reports show.

With tens of thousands of vaccinations underway, DeSantis drew fire for rejecting proposed recommendations by the federal Centers for Disease Control and Prevention about who should be prioritized for the inoculations. The recommendations by an advisory panel propose that essential workers, such as first responders, grocery-store clerks, teachers and transit workers, be high up on the list.

The federal government released the initial vaccine batches to states for use in long-term care facilities and hospitals.

DeSantis this week emphasized that he wants all Floridians 65 and older to have priority.

“Those recommendations, should the CDC adopt them, are advisory, they do not bind states. They do not bind individual governors. And they will not bind the state of Florida,” DeSantis told reporters during a press conference at The Villages on Tuesday. “So let me just be very, very clear. Our vaccines are going to be targeted to our elderly population.”

DeSantis’ remarks caused some concern for workers in another industry that’s been hard-hit by the virus: the state’s prisons.

More than one in five of Florida’s roughly 80,000 prisoners have tested positive for COVID-19, which has caused the deaths of 189 inmates.

Florida corrections officers are concerned about the vaccination plan. Even if prison workers become a priority for the vaccine, inmates may not be.

Working conditions amid the pandemic have been abysmal, Jim Baiardi, president of the state corrections chapter of the Florida Police Benevolent Association, said in a recent interview.

“There’s two words that sum up what a correctional officer’s life is like right now: living hell,” he said.

The vaccines approved by federal health officials — a scientific marvel — are a testament to the “Operation Warp Speed” program launched by Trump’s administration to hasten what ordinarily can be a years-long drug authorization process.

But, instead of taking a victory lap, Trump is fuming over his November loss to Biden — a defeat the Republican incumbent does not acknowledge, despite dozens of dead-end lawsuits challenging the election results.

Trump’s incendiary response to the election, including repeated demands on social media to “STOP THE STEAL,” has elicited widespread support among his backers, including DeSantis.

The Governor has steadfastly shown his solidarity with Trump, who defeated Biden in Florida by a comfortable three percentage points — an electoral landslide by Sunshine State standards — on Nov. 3.

When asked if he would congratulate Biden on his victory, DeSantis defended his presidential ally.

“It’s not for me to do,” DeSantis told reporters last week. “Here’s what I would say. We did our thing in Florida and the Electoral College voted. What’s going to happen is going to happen. I can tell you that I think a lot of the frustration for folks that supported the president was that we were four years with people not accepting him.”

Supporters of what appeared as Amendment 4 on Florida’s 2018 ballot maintain that it should apply to more than 1 million felons who lost their voting rights after being convicted of felonies.

But, after an appellate court ruling, just a fraction of the “returning citizens” targeted by the measure were able to cast ballots in this year’s presidential election.

The amendment, approved by more than 64% of Floridians, restored voting rights to felons “upon completion of all terms of sentence including parole or probation.”

The 11th U.S. Circuit Court of Appeals in September upheld a controversial Florida law requiring felons to pay “legal financial obligations” — fees, fines, costs and restitution — associated with their convictions before they can be eligible to vote.

The 2019 law was passed by Republican lawmakers and signed by DeSantis to carry out the amendment.

“The Legislature purposely set up a system that was designed for voter suppression, and it has worked,” Palm Beach County State Attorney Dave Aronberg, a former Democratic state Senator, told The News Service of Florida prior to the November election.

Supporters of the amendment blame a dearth of felons registering to vote on the coronavirus pandemic, uncertainty about voting eligibility and a series of contradictory court decisions culminating in the Sept. 11 ruling by the Atlanta-based appellate court.

DeSantis and GOP lawmakers said the 2019 law followed the wording of the constitutional amendment, pointing, at least in part, to the phrase “completion of all terms of sentence.”

Siding with DeSantis, the appellate court overturned a ruling by a district judge, who said the state cannot deny voting rights to felons who are “genuinely unable to pay” court-ordered debts.

The 11th Circuit’s decision means that felons must clear up financial obligations to be legally eligible to register and vote.

STORY OF THE YEAR: COVID-19 spread throughout the state, causing more than 20,000 deaths and wreaking havoc on Florida’s tourism-dependent economy.

QUOTE OF THE YEAR: “From a health care perspective, this is our magical Neil Armstrong moment.” — Charles Lockwood, dean of the University of South Florida College of Medicine, referring to the distribution of COVID-19 vaccines.