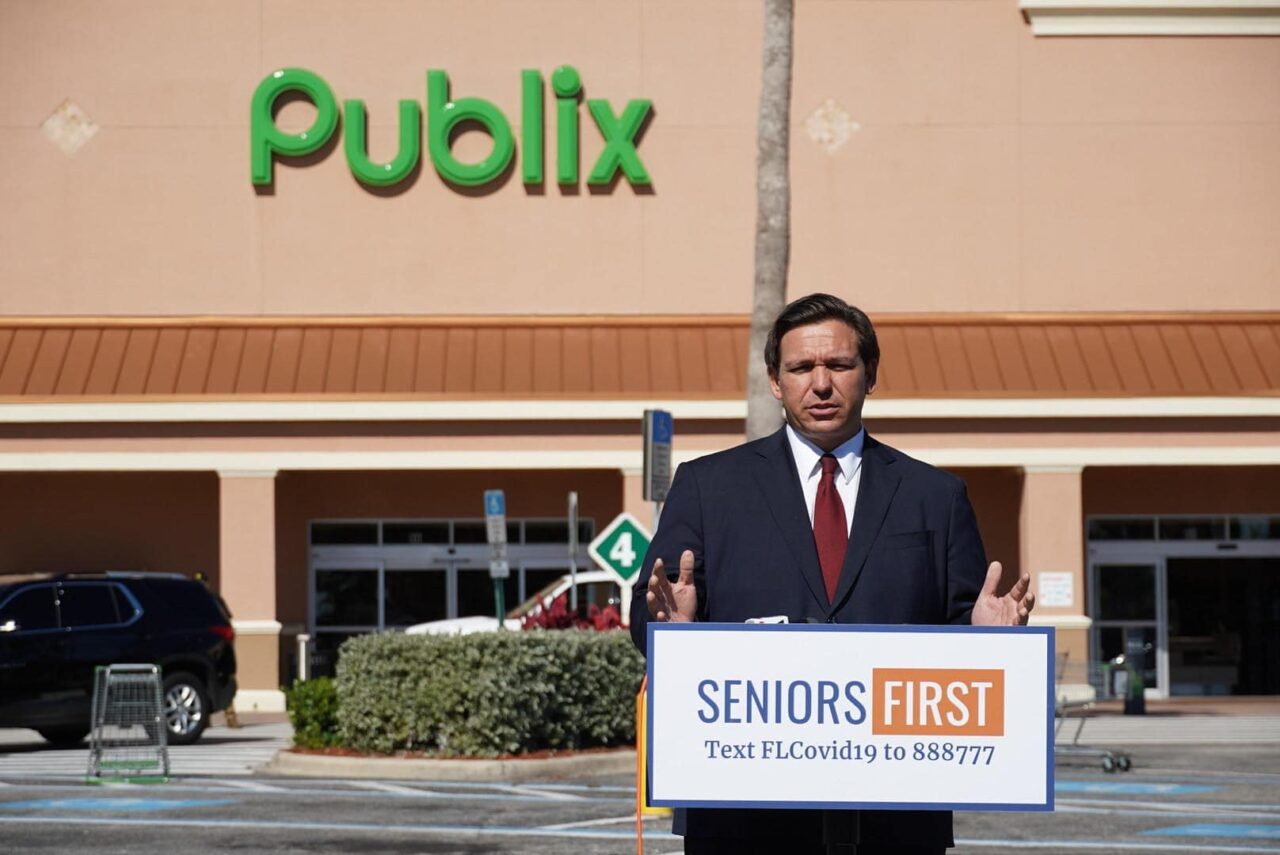 DeSantis rejected a federal plan before really knowing what it was.

“FEMA camps,” DeSantis said, would add more bureaucracy and, that’s generally not a good thing. It would raise legitimate questions.

Who would be in charge?

The Governor of Florida?

The deli manager at Publix?

Florida Surgeon General Scott Rivkees, if we can find him? He has been about as visible in this crisis as someone in witness protection.

But no, the Governor said the problem is that demand for the vaccine has outstripped supply. As someone who has repeatedly tried (and failed) to get an appointment through Hillsborough County’s vaccination registration site, I can say the Governor seems to have a point.

As of Tuesday, the 10-county Tampa Bay area had no unfilled appointments for the vaccine. I’ve heard many tales from fellow travelers eligible for the drug who can’t get a place in line.

DeSantis said federal help is “not necessary in Florida. All we need is more vaccine.”

Let’s think this through, though.

The problem seems to center on inept federal vaccine distribution to the states. Counties look to the state for answers, and the state looks to the feds. I don’t know if you’ve noticed, but the person who WAS in charge of the federal government until noon Wednesday just moved back to Florida.

I mean, that guy might have considered taking personal charge of the federal response. Instead, he spent most of the last several weeks on the golf course and rambling about a stolen election. I heard he and DeSantis are friends, but I don’t know if that’s still good information.

Anyway, that guy is out of the picture now (YAY!). I heard Biden wants to be the President of everyone in America, not just the people who voted for him. Records show that more Floridians voted for the other guy instead of Biden, so this might be a good time to put that promise to the test.

Before flatly offering up a GOP sound bite about “FEMA camps,” a better approach would be to call Washington and get some details about this idea. If FEMA and the National Guard are a quicker delivery service, what would be wrong with that?

It couldn’t be much worse than what we have.

If it turns out that some FEMA person tells DeSantis that WaWa will take over for Publix as a vaccination site, OK, that would be a problem. But if the Guard trucks roll in with cases and cases of vaccines, would the Governor complain that those are “blue” trucks?

This thing is an unholy mess, and not just in Florida. So we’re clear, I completely blame the previous administration for an unfathomably dismal response.

However, I also understand that the nation hasn’t been through anything like this in our lifetimes. Mistakes were going to be made.

This isn’t about who gets the credit or even who is in charge.

DeSantis wants to focus first on Florida’s large population of seniors, of which I am one. So, focus already. Find out the details of Biden’s plan – if they exist beyond an idea at this point. Then move ahead accordingly.

By the way, Hillsborough announced Wednesday a partnership with the state to set up a drive-through site at the University Mall. There was a number to call for registration, which my wife and I quickly did.

The automated voice took our information and said we’d get a call when the site was ready and had room for us.

A few hours later, I did get that call. My wife and I have an appointment.

Things are looking up, and it didn’t take FEMA!

However, find out the details anyway. It couldn’t hurt.