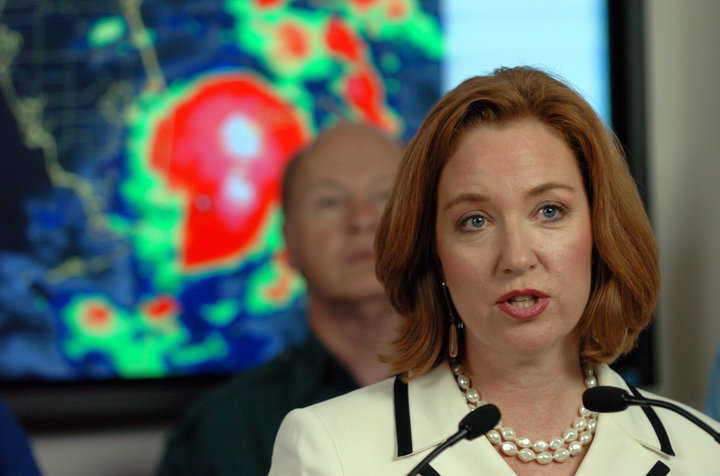 A House measure renaming the Southeast Coral Reef Ecosystem Conservation Area after the late Rep. Kristin Jacobs is one step closer to passage after emerging from its first committee stop Tuesday.

“It’s a bill to honor my dear friend, a colleague to many in the Florida House and Broward County,” Hunschofsky told her colleagues Tuesday.

“Rep. Jacobs was passionate about protecting the environment and built her career on climate and resiliency policy. Her goal was always to make a positive difference.”

The Southeast Coral Reef Ecosystem Conservation Area runs along the southeast coast near Martin, Palm Beach, Broward and Miami-Dade counties. If the bill is successful, the Florida Department of Environmental Protection would be charged with placing markers along the path noting the name change.

“Rep. Jacobs was a fighter all the way up until the end for what she believed in, and there was nobody ever like her,” said Democratic Rep. Dan Daley.

Added Hunschofsky, “She worked in a bipartisan way to preserve Florida’s national treasures so that the public and future generations would be able to access and enjoy those resources.”

“As you serve in the Legislature, there are certain memories that are forever etched into your mind. And one of those memories for me is when Rep. Jacobs came to the House floor after going through many procedures to pass her last bill,” Alexander recalled.

“That was a defining moment of unity for our entire Legislature to come forward to support an effort of an individual that truly was courageous, dynamic and bold in the things that she stood for.”

Jacobs helped push that conservation bill forward as the 2020 Session wrapped in mid-March. Jacobs died the next month.

Sen. Lauren Book, a Plantation Democrat, is backing the Senate version of the bill (SB 588). Earlier this month, that measure also moved through its first committee. Hunschofsky’s measure still has stops scheduled in the Agriculture and Natural Resources Appropriations Subcommittee and State Affairs Committee.

“I can think of no greater way to honor her amazing legacy.”