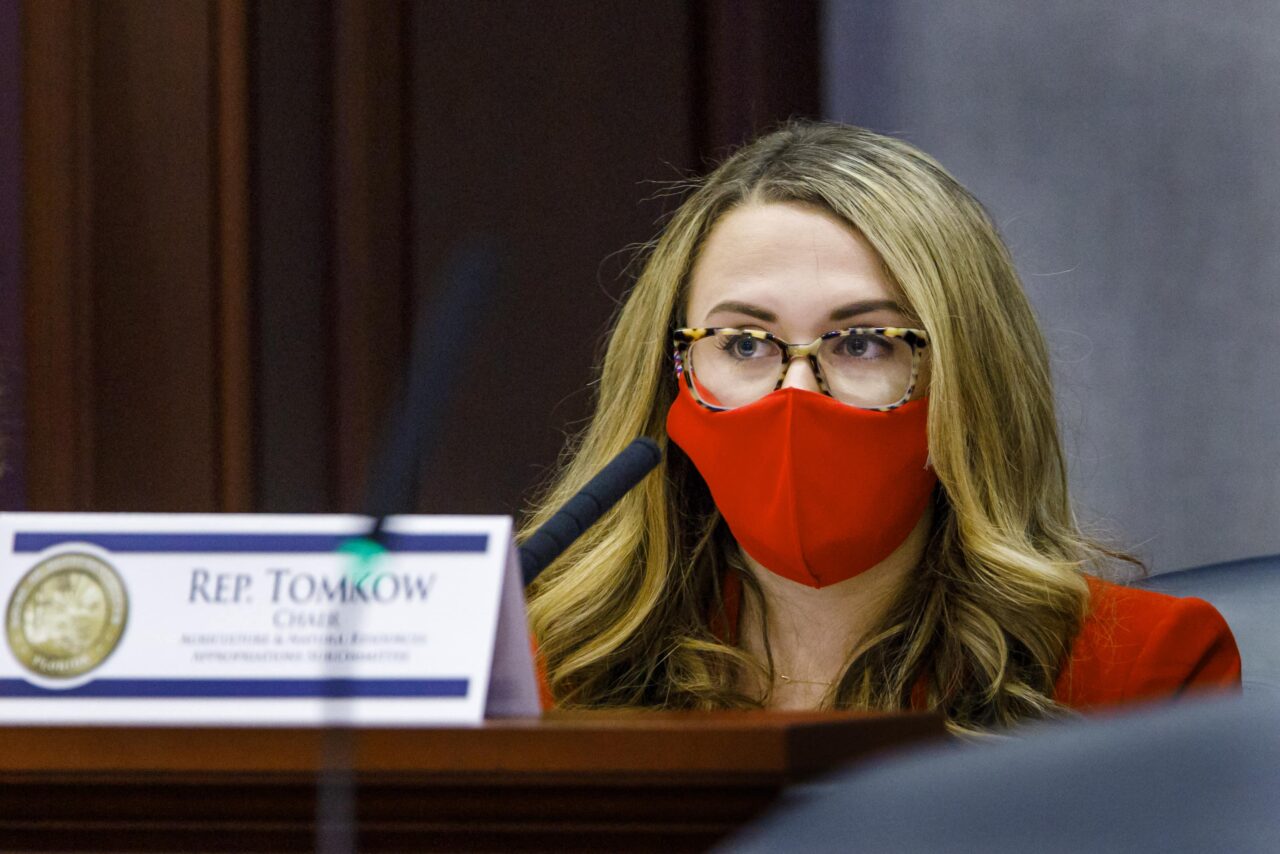 But debate in the House Agriculture and Natural Resources Appropriations Subcommittee grew contentious, with questions on the panel’s proposed committee bill (PCB ANR 21-01) focusing on the lost affordable housing portion. By a 10-5 vote, the panel gave the bill its first approval.

Sweeping dollars from the Sadowski fund into the general revenue pool is a perennial debate among lawmakers. Gov. Ron DeSantis has repeatedly requested it remained fully funded, and he did so again this year.

After sweeps, state housing fund appropriations have averaged $160 million annually over the last five years. On top of that, the state has also received an average of $542 million each year from the federal government.

“Housing issues are not being ignored,” Tomkow said. “Appropriations of state funds are only a fraction of monies available to operate affordable housing programs.”

During the Thursday meeting, Republicans, including committee Chair Josie Tomkow, focused on the bill’s provision to prevent sweeps from the affordable housing portion.

But Democrats, including Tampa Rep. Dianne Hart, suggested the two-thirds cut to affordable housing is effectively the largest sweep.

“But I cannot accept the false premise that we must address these concerns by redirecting, sweeping or cutting funding for working class people who are struggling to find homes that they could afford,” he continued.

Dover Republican Rep. Lawrence McClure chimed in, noting that the bill merely sets a floor for funding the three sections. The Legislature could allocate additional funding if it finds it necessary.

During a press availability after the Senate floor session on Thursday, Simpson defended the choice to slice the affordable housing pool. He referenced the $542 million the state received from the federal government on average for affordable housing on top of the state’s allotment.

The 2020-21 budget, signed in June, was the first budget approved since the 2007-08 fiscal year that didn’t redirect part of the affordable housing fund to other purposes. However, the Governor used federal CARES Act dollars to fill in a gap he created by veto because of the pandemic.

This year, Florida is receiving is an additional $1.4 billion through the Federal Emergency Rental Assistance Program to assist local governments with affordable housing.

Simpson and Sprowls broke down their plan in a press release sent Tuesday.

Another portion would go toward the Wastewater Grant Program, which DeSantis signed into law last year, within the Department of Environmental Protection. That program to help communities across Florida implement wastewater infrastructure programs is one of Simpson’s priorities.

The final third of the plan would keep funding in the affordable housing realm with the added provision that those funds cannot be swept into general revenue.

“Our state is ever-changing and ever-evolving, and there are very important and critical issues that need to be addressed, one not being more important than the other,” Tomkow said. “I think it’s really important that we’re identifying that all three of these issues go hand-in-hand.”

Outlining the state’s priorities in a deal now would help settle the annual debate, Simpson suggested on Thursday.

“We won’t have to come up here every year and decide are we going to sweep this or not,” he said. “This is what we feel like the formula will be.”