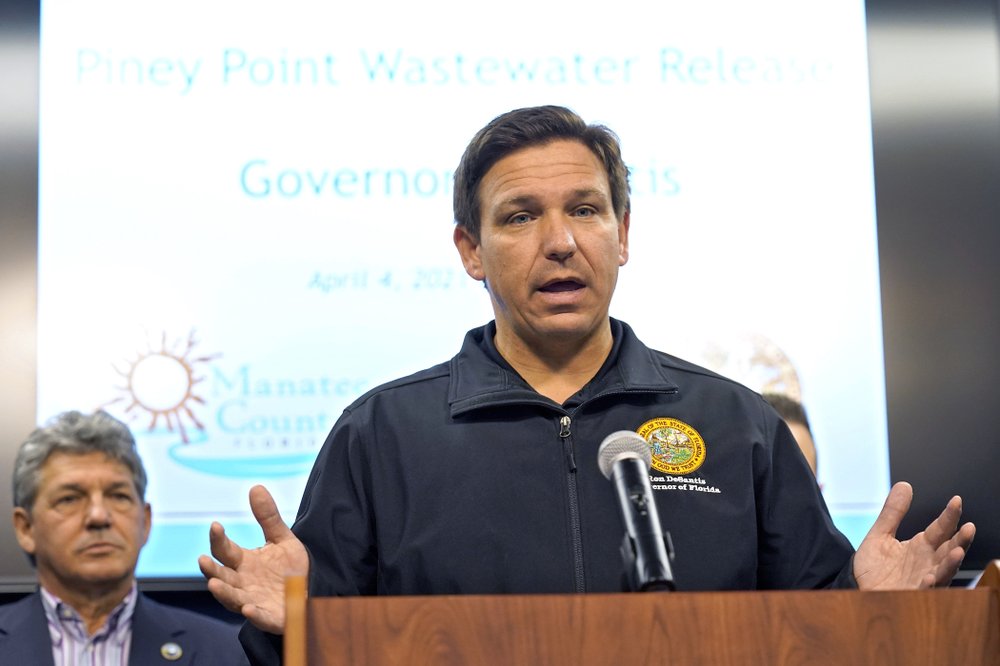 The media also wants to threaten companies with bad publicity, according to the Governor.

Gov. Ron DeSantis says liberal, corporate media is out to get him because they are threatened by his successes responding to the coronavirus pandemic in Florida.

Leading up to and following the “60 Minutes” episode Sunday that charged him with pay-to-play vaccine distribution, the DeSantis administration has been fighting CBS’ story at nearly every opportunity. The Governor has repeatedly railed against the “smear merchants” in the media who take down Republicans while propping up Democrats.

The Governor has been increasingly seen as a potential 2024 presidential candidate. Polls show him in the mix, if not leading the pack of Republicans, if former President Donald Trump sits out the race.

Florida is open, the economy is outperforming expectations and schools remain open. People are moving to the Sunshine State.

DeSantis claimed those as facts that he made the right choice to buck lockdowns early and to vaccinate seniors first.

Central to the Governor’s defense against the “60 Minutes” story is that Publix’s $100,000 donation to his campaign was not tied to the state’s decision to lean on the grocery and pharmacy chain during the start of the vaccine rollout in Palm Beach County. That came at the suggestion of Division of Emergency Management Director Jared Moskowitz and County Mayor Dave Kerner, both Democrats, after other pharmacies weren’t immediately prepared to begin a large-scale rollout. Other pharmacies were already helping out the state in other ways, and the state was making other efforts to reach underserved communities, the Governor holds.

CBS was “caught with their hand in the cookie jar,” DeSantis said of the story. Kerner was interviewed on the record for the episode, but those clips didn’t make it into the episode.

DeSantis teased “more to come in terms of their dishonesty,” too.

“The best that they could come up with was a half-cocked conspiracy theory between me and the most reputable company in Florida, and they had to deceptively edit my comments, and they had to ignore interviews with two key Democrats who were involved in our vaccine distribution in order to do the narrative,” he said.

Not only did he say the media is threatened by him, but DeSantis added that the media is trying to discredit companies, including Publix, that have supported the Governor and other Republicans.

“They want to try to discredit that and they want to scare people from being involved with Republicans politically,” he said.

Because of “wokeness” in corporate America, he said, that’s often worked.

“Some of these executives are scared of the corporate media, and they’re making a lot of really dumb decisions in the process,” DeSantis said.