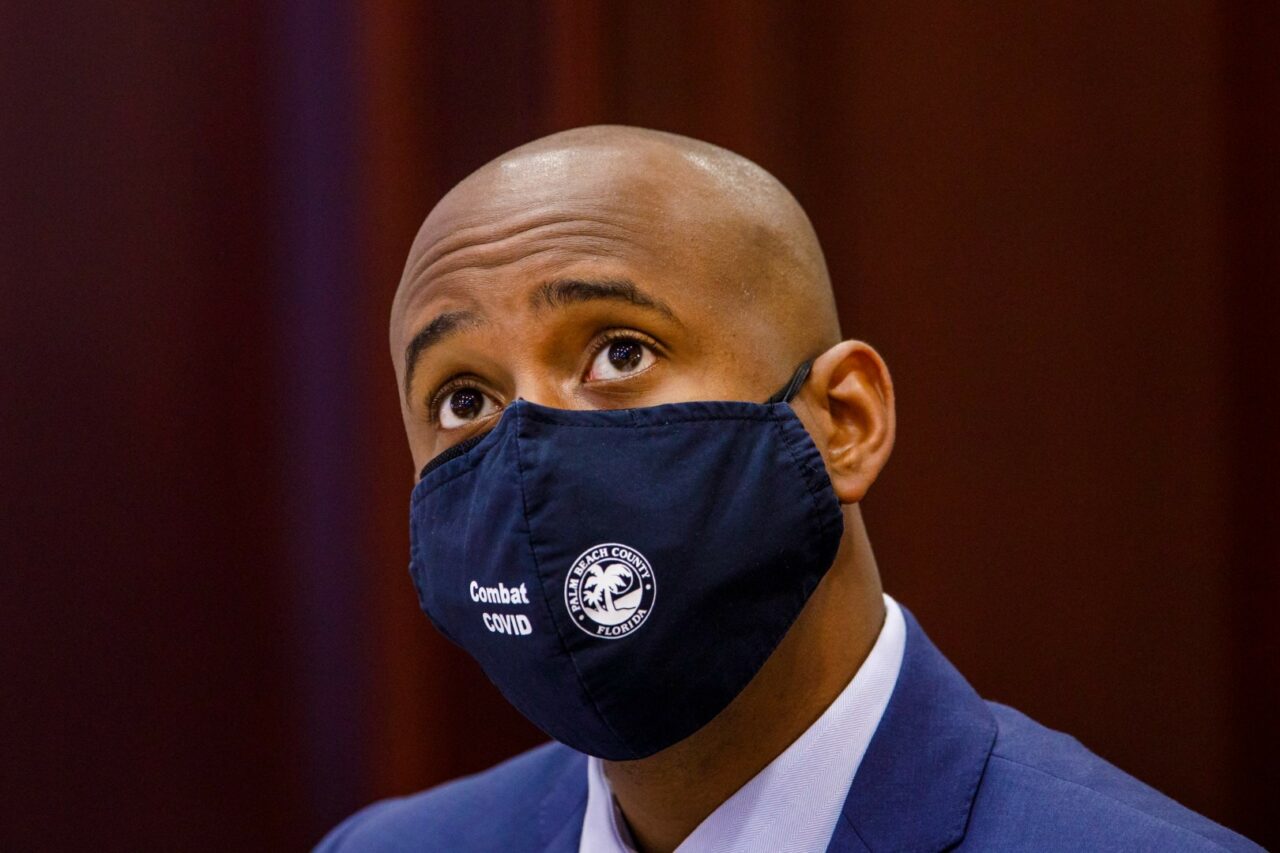 Hardy has been a fiery member of the Democratic caucus during his first term in the House.

“Why do we need a 31-year-old, fourth-generation teacher with two moms in Congress?” Hardy asks, briefly running through his bio.

He then dubs himself an “unapologetic progressive” and highlights his struggles during the Great Recession and his push to protect residents from losing their power during the COVID-19 pandemic.

Answering his original question, Hardy says, “Simple. Because unless you’ve been here, you have no idea. If you did, you’d know that fighting for housing as a right, basic income as a right, health care as a right, the Green New Deal and racial justice isn’t imitating (Alexandria Ocasio-Cortez). It’s responding to what I see and honoring the legacy of Alcee.”

Hardy has already gained some national notoriety dating back to his time as a Lake Worth Beach Commissioner. That tenure featured a fiery exchange with then-Mayor Pam Triolo regarding the city’s handling of the COVID-19 virus outbreak.

After hearing the city had shut off power to 50 people during the pandemic’s outset, Hardy let loose with Triolo for moving to leave the meeting.

“We cut off people’s utilities this week and made them pay what could have been their last check — to us — to turn their lights off in a global health pandemic,” Hardy said. “But you don’t care about that and you didn’t want to meet! But every other year you go around and beg people for their votes!”

Less than a year later, voters ousted Triolo at the polls.

This past November, Hardy defeated incumbent Democratic state Rep. Al Jacquet. That race featured Jacquet directing an anti-gay slur at Hardy, whose mom is in a same-sex relationship.

Now, less than a year into his first term in the state Legislature, Hardy is seeking a promotion to Washington.

“We have a once-in-a-generation opportunity to end establishment, incremental politics and be the bold, progressive voice that working-class people in this country need,” Hardy added in Wednesday’s announcement video.

Hastings passed away earlier this month after a battle with cancer. He was Florida’s longest-serving congressional member at the time of his death.

It’s unclear when a Special Election to replace Hastings will take place, however. Gov. Ron DeSantis has the authority to set the dates for the Primary and General Election. Precedent shows Hastings’ seat will be filled by summer, though DeSantis could operate on his own timeline.

“Our community needs a fighter in Congress, someone unafraid to speak truth to power in defense of working-class people and people of color,” Hardy added in a written statement. “We had that in Rep. Hastings. I am running to make sure that we do not lose that with this election.”