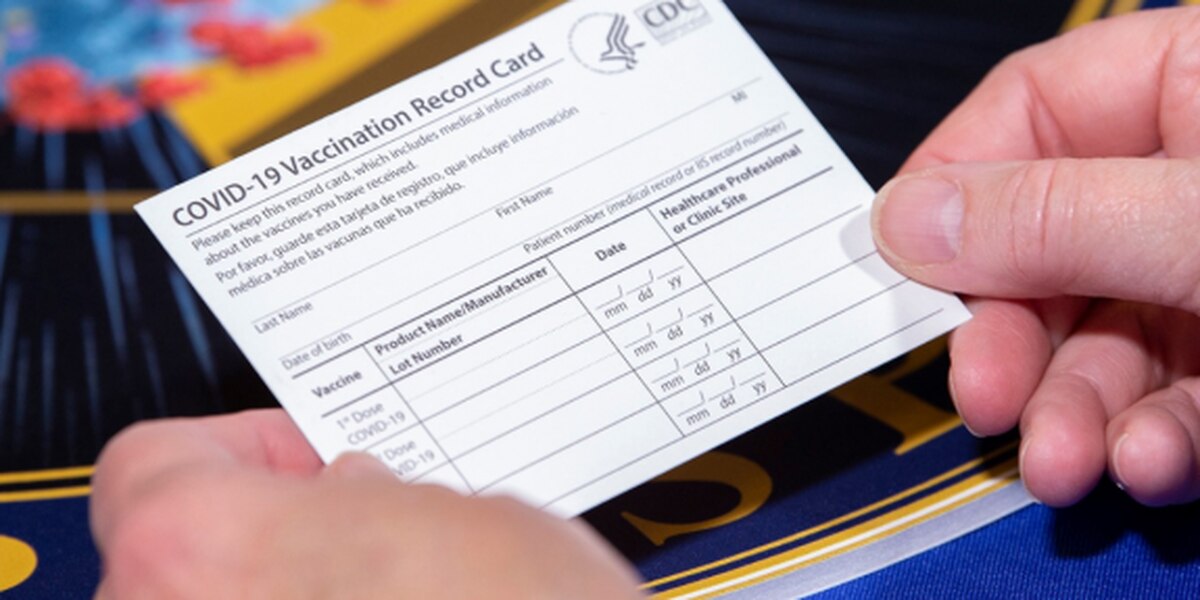 The bill bans vaccine passports and limits local government authority during an emergency.

A bill banning vaccine passports and limiting some local government powers during an emergency cleared the House Wednesday.

But debate, at times, digressed into Gov. Ron DeSantis‘ handling of the pandemic.

The House passed the bill 76-40 Wednesday. The bill (SB 2006) already passed the Senate, but it will need to go back to the upper chamber after the House added an amendment. The Senate has until Friday, the last day of the Session, to vote on the amended bill.

The legislation would make changes to the state’s Emergency Management Act to “better address the threat posed by pandemics or other public health emergencies,” according to a staff analysis.

Of the more talked about elements in the 49-page bill are limits on local emergency powers, a fine for businesses or institutions that require vaccine documentation and additional limitations for the government to mandate the closure of schools or businesses during an emergency.

Language in the bill said the Legislature’s intent is to “minimize the negative effects of an extended emergency” as it relates to the economy or schooling.

DeSantis has made the rounds on television and in speeches pitting Florida’s open policies for schools and businesses during the pandemic against “lockdown states.” DeSantis issued a stay-at-home order for nonessential workers in April, though he has largely kept Florida open compared to other states.

On the House floor Wednesday, Democratic Rep. Omari Hardy said DeSantis’ handling of the pandemic left Floridians at risk, and this emergency management bill will give the state more of the same in the next emergency.

“Throughout this pandemic I’ve been concerned about government under-reach,” Hardy said. “In particular, the Governor of this state failed to do what we know should have been done to prevent people from getting sick and dying.”

But Republicans praised DeSantis for giving Florida a leg up along the path to economic recovery.

“We are leading the country in our economic comeback, and Florida will be at the top of that,” Lighthouse Point Rep. Chip LaMarca said.

Vaccine passports are a main flashpoint of the bill among the two parties. A vaccine passport is the idea that businesses or other institutions could require people to show proof they’ve been vaccinated before being offered services or allowed inside.

Proposed fines for vaccine passports under the bill are similar to an emergency order signed by Gov. Ron DeSantis in early April that said businesses that require vaccine documentation are ineligible for state contracts or grants.

Businesses or schools that require proof of a COVID-19 vaccination could get slapped with a $5,000 fine for each affected customer or student under the bill.

An amendment the House accepted Tuesday clarified that other COVID-19 screening protocols are allowed.

Miami Beach Rep. Michael Grieco said decisions about vaccine documentation should be left to each business.

Hardy also referenced the state’s struggling cruise industry and called out the pro-business claims regularly made by Florida’s Republican leaders.

“I don’t know many people who are going to get on a cruise if they don’t have the security of knowing that the other people on that cruise with them, in that close environment with them, have also been vaccinated,” Hardy said.

“If you care about our business community as certain elected officials in this state say that they do,” Hardy continued, “Why would you prevent people from enacting policies that give their customers the assurance, the confidence, that they can walk into a business, and that they’ll be safe?”

But Leek said the ban on vaccine passports prevents discrimination of minority communities that have lower than average rates of vaccination.

“Let’s return to normal, but recognize that it is fair for certain segments of our community to be hesitant about getting the vaccine. And it is absolutely true that the largest segment of our community that is vaccination hesitant is our minority population,” Leek said.

Another hallmark of DeSantis’ handling of the pandemic is to push against pandemic-related decisions made by local governments. DeSantis signed an executive order last year that appeared to override local ordinances related to the pandemic, and in his State of the State address, DeSantis said he would “lend his support” for bills reforming the emergency powers of local government.

But friction has waned on another emergency management bill (SB 1892) that passed the House Wednesday in a more bipartisan manner. Members supported that bill 113-1.

It establishes an emergency fund to be used at the discretion of the Governor in the event of an emergency. The proposed state laws surrounding the new fund stipulate it would be used for “preparing or responding to a disaster declared by the Governor as a state of emergency that exceeds regularly appropriated funding sources.”

A separate fund, Republicans say, would make it easier to track emergency spending and allow the Governor to more quickly respond to disasters, like the pandemic or hurricanes. Democrats opposed the fund in committee meetings but said nothing on the House floor Wednesday.

Plans to transfer money into the fund are already underway. The state’s budget bill (SB 2500) for the next fiscal year includes a provision to use $1 billion of federal coronavirus relief money from the American Rescue Plan to establish the fund.

nextSunburn — The morning read of what’s hot in Florida politics — 4.29.21