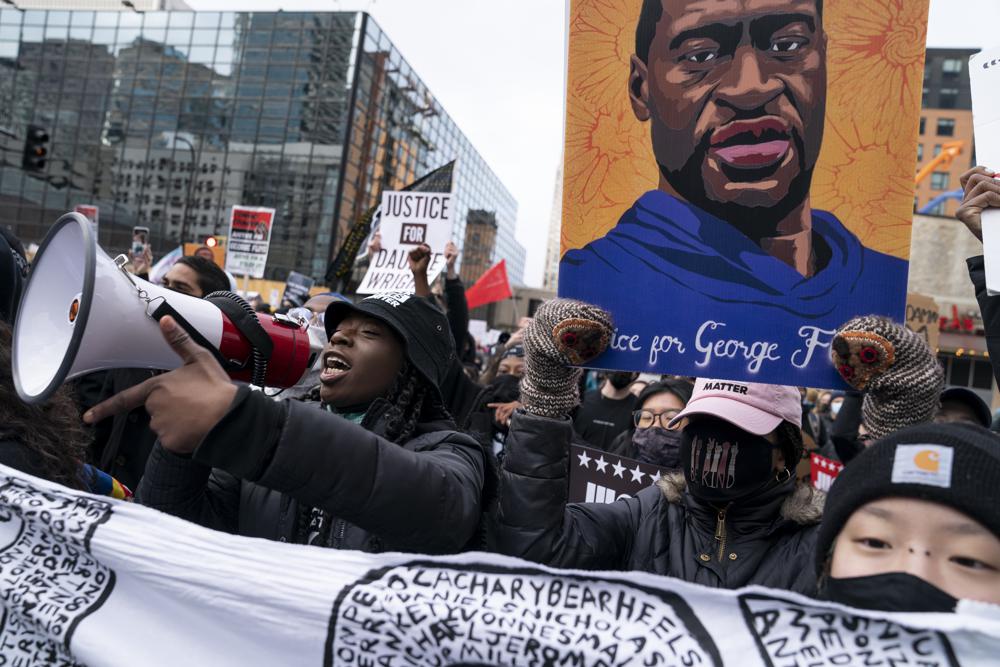 The bill was the product of negotiations between Republican leadership, the Legislative Black Caucus and law enforcement groups.

The Legislature has unanimously passed a bipartisan proposal to prevent excessive use of force by police officers, sending the measure to Gov. Ron DeSantis.

That proposal (HB 7051), passed Thursday, is the product of negotiations between House leadership, members of the Legislative Black Caucus, law enforcement groups and others.

On Monday, the full House voted unanimously to pass the bill, carried by Reps. Cord Byrd, a Republican, and Fentrice Driskell, a Democrat. Ocoee Democratic Sen. Randolph Bracy presented it to the Rules Committee on Tuesday and again to the full Senate on Thursday.

“I just believe that we could continue to build upon this work here,” Bracy told Senators before asking Republicans for more legislative progress.

The bill includes several police reform proposals the Legislative Black Caucus, of which both Bracy and Driskell are members, presented ahead of Session.

The bill would call for basic training on proportional use of force, including de-escalation techniques and intervening in another officer’s excessive use of force and chokeholds. Chokeholds, which became central to national conversations around the use of force after George Floyd’s death in Minneapolis, could only be used when an “officer perceives an immediate threat of serious bodily injury or death to themselves or another person,” the bill outlines.

Amendments added Friday would clarify that law enforcement agencies could make more stringent policies, including banning chokeholds, if they choose.

Only Black Democrats spoke in debate on the Senate floor. All of them considered the bill a starting point to improving policing in the future.

St. Petersburg Democratic Sen. Darryl Rouson noted that Florida was praised in 2018 for passing “the nation’s most comprehensive criminal justice transparency bill.” However, the Department of Law Enforcement hasn’t released any of the data promised under that law.

“I say that to say that there may be some concern that this bill does not go far enough,” Rouson said.

However, she predicted pushback from the public.

The legislation also creates the “Kaia Rolle Act,” a multi-year project of Bracy’s to prevent children younger than 7 from being arrested or charged with crimes that aren’t forcible felonies. Both chambers passed similar legislation last year, but the broader school safety bill that contained the language died on the regular Session’s final day after the then-developing COVID-19 pandemic helped derail negotiations.

“Kaia Rolle has gone through a lot since her arrest, and while unfortunately we can’t erase that trauma, this bill sends a clear message that what happened to Kaia should never happen again in Florida,” Bracy said in a statement.

In a statement Thursday, Senate President Wilton Simpson thanked Bracy for his “diligent work” on the bill, which incorporates several senators’ proposals.

He called the measure a “strong, bipartisan package that reflects our commitment to improving and in many cases codifying existing policies that guide the actions of Florida’s brave law enforcement and correctional officers.”

“We stand by the dedicated members of law enforcement who put their lives on the line each and every day to protect our communities,” he continued. “There is nothing to lose and everything to gain from a good faith review of our policing policies, because we want to make sure every law enforcement officer has the resources and training to keep our communities safe.”

“It means a lot to our community,” he said.

DeSantis signed that measure into law last week, the day before a Minnesota court convicted Derek Chauvin of killing Floyd when he knelt on his neck in May. That killing sparked protests, some of which turned violent, that prompted DeSantis to ask for legislation.

In an interview with Florida Politics, Byrd acknowledged the national conversation around law enforcement and freedom of speech. The anti-riot and policing bills’ overarching theme is “public safety,” the Neptune Beach Republican said.