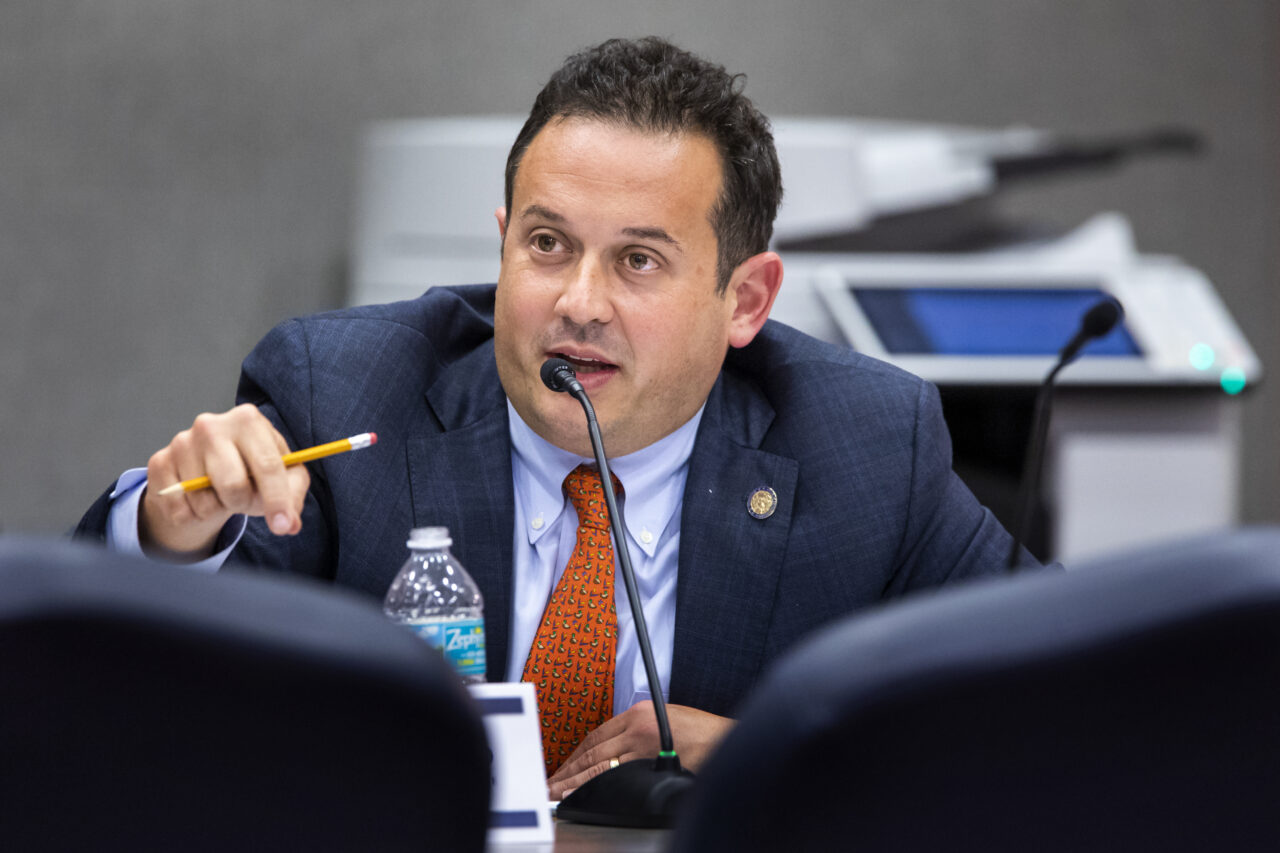 Diamond is set to make the announcement Monday morning at USF St. Pete.

State Rep. Ben Diamond is entering the race for Florida’s 13th Congressional District — a seat being vacated by incumbent Charlie Crist, who jumped into the 2022 gubernatorial contest Tuesday.

The St. Petersburg Democrat is set to make the announcement Monday morning at USF St. Pete, where he will be joined by several local politicos, including Pinellas County Commissioners Pat Gerard and Janet Long. St. Pete City Councilmembers Gina Driscoll,  Amy Foster and Brandi Gabbard will also be joining Diamond for the announcement.

“As I shared during the session and at our last House Victory meeting, for the past several months I have been given serious consideration with my family to running for Congress,” Diamond wrote in an email to House Democrats announcing his candidacy. “Now that Congressman Crist has announced his candidacy for Governor, I have made the decision that I will run for his seat.”

Diamond, who was slated to become House Democratic Leader from 2022 to 2024, is the second Democrat to enter the race for CD 13. Diamond will race against President Barack Obama’s former national security adviser Eric Lynn, who announced his campaign Wednesday.

“As you all know, as we work to elect a new Leader Designate, I remain committed to ensuring that our caucus and House Victory team are well-prepared for this transition, and well-positioned for the future,” Diamond wrote in the email.

The race also includes Anna Paulina Luna, who also joined the race last week. The GOP firebrand — who gave Crist a run for his money last year — ran, among other things, as a pro-cop candidate who took every available opportunity to bash Crist as a socialist and anti-law enforcement.

The candidates will face off for CD 13, which is currently a fairly purple district. Heading into last year’s presidential election, Republicans, through a massive voter registration effort that will continue into the 2022 midterms, chipped away at the Democratic advantage in the Pinellas County district from 5.2 percentage points to just 4.6.

“While this past session was certainly difficult, it was a privilege to be in the fight and serve alongside each of you,” Diamond wrote in the email. “The more I reflect back on our work together the more proud I am of our caucus and the advocacy we brought to the floor of the House for our constituents and for all Floridians.”

Diamond was first elected to the Florida House in 2016, replacing predecessor Dwight Dudley for House District 68.

His career has seen serious momentum since his election to the House. — on the list of Tampa Bay’s most powerful politicians, Diamond jumped from No. 25 in 2018 to No. 20 in 2019, and found himself at No. 15 this past year.

Diamond is a lawyer who served as general counsel to former Chief Financial Officer Alex Sink before jumping into politics. He grew up in Pinellas County before attending college at Yale and law school at the University of Florida. Married with three young children, he currently practices law in St. Pete.

Throughout his career in the House, Diamond has pushed bipartisan efforts on climate resiliency, reforming the criminal justice system and early childhood education. Over the course of the coronavirus pandemic, he has consistently called out Republican officials at the state and federal level for what Democrats see as ignoring their responsibilities to Floridians as the virus took hold in the state.

nextSunburn — The morning read of what’s hot in Florida politics — 5.10.21