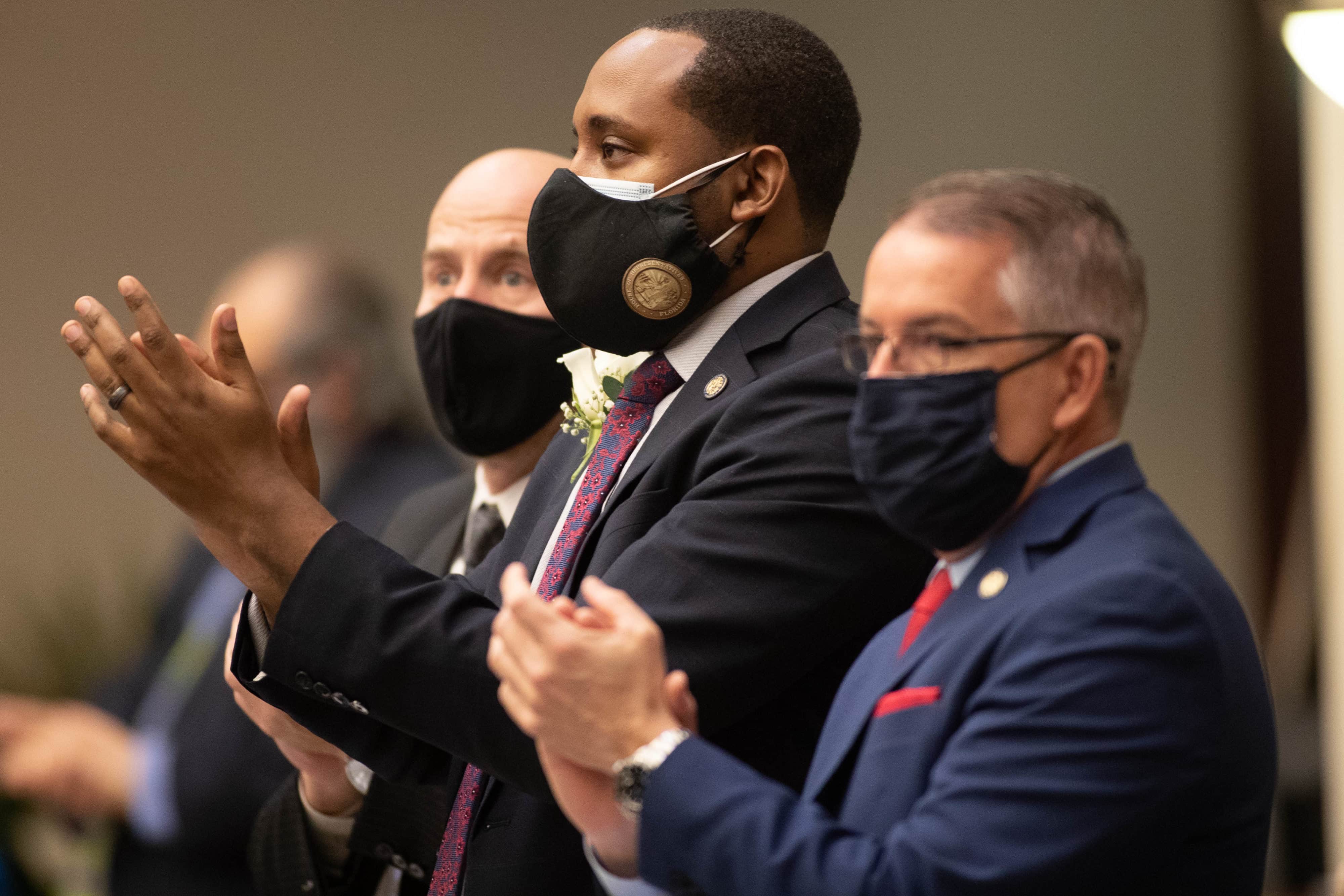 Charlie Crist's gubernatorial bid is giving Democrats an opening to move up the ladder.

Rep. Ramon Alexander will file Monday to take the reins of the House Democratic Caucus for the 2023-24 term.

The Representative from Tallahassee has the support of dozens from the caucus. He decided “absolutely yes” after taking the recommendations from his colleagues into very serious consideration in talks with his wife and young family, he told Florida Politics.

Rep. Ben Diamond is currently lined up to lead the caucus during the 2023-24 term. However, the St. Petersburg Democrat announced Monday morning that he would run to succeed U.S. Rep. Charlie Crist as the Congressman makes his third bid for Governor.

Florida Politics was the first to report Diamond’s decision.

Alexander first began considering the possibility a couple weeks ago when Diamond told members of the caucus of his intention to succeed Crist. Alexander, who had been Diamond’s campaign manager for the leadership role, said he was “overwhelmed by the amount of support from our caucus.”

As @BenDiamondFL runs for Congress there’s been discussions on who should replace him as @FLHouseDems Minority Leader.

Rep. @RamonAlexander is someone who should seriously consider it — he cares about our Caucus, has policy experience & a track record of electoral success too!

The Representative was first elected to the House in 2016. He was named House Democratic Whip in 2018 and is currently serving his second term in that role.

As the anticipated House Democratic Leader, Diamond has been in charge of House Victory, Democrats’ campaign committee. Last month, Alexander expressed his confidence in recent hires Diamond made for the 2022 election cycle.

One challenge facing Alexander — if the caucus blesses him with their vote — will be the effects of the redistricting process. Lawmakers are expected to start redrawing district maps, including the Florida House district map, later this year.

House Democrats are already worrying about the challenge to maintain their voice in the process controlled by Republicans. Alexander echoed those concerns, noting it would be difficult.

He is taking input on the best ways to “move our caucus forward.”

An unconventional strategy Democratic leadership adopted for the 2021-22 term is to have co-leaders in Reps. Bobby DuBose and Evan Jenne. DuBose and Jenne made that agreement together. However, Alexander said he hadn’t given a plan like that thought.

DuBose, who is technically the caucus leader, must call a meeting for members to take a vote on who they want to lead them next term. That’s expected relatively soon, possibly when the Legislature reconvenes for its Special Session on gaming next week.