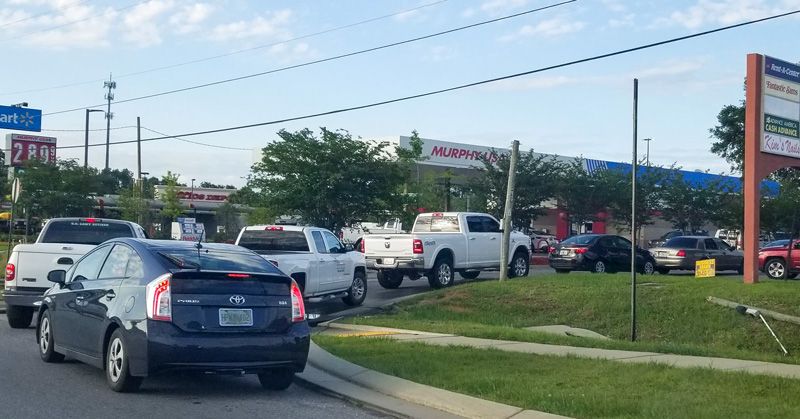 After a temporary interruption to the Colonial Pipeline caused a significant spike, gas prices in the Sunshine State stabilized last week, adding just a penny to the average price at the pump, according to AAA Florida Auto Club data released Monday.

The average price for a gallon of gas in Florida stands at $2.89 as of Monday, up from $2.88 a week ago. But last week’s price was a notable 10 cents more than the previous week because of a cyberattack on the Colonial Pipeline that stretches from Texas to the U.S. eastern seaboard.

The cyberattack is believed to be the work of suspected Russian hackers and the intrusion on the pipeline touched off a run on gas in multiple states, driving prices higher and causing many gas stations to run out of fuel. While there was spotty panic buying in Florida, the state avoided many of the problems seen in states such as Georgia and the Carolinas largely because Florida does not rely on the pipeline for its fuel supply.

AAA Florida officials report demand in the Sunshine State was two to three times greater than normal during the crisis. But the final toll left the state average price per gallon still shy of the highest point so far this year, which was $2.91 in March.

Given the crisis subsided relatively quickly when Colonial Pipeline workers returned the flow of fuel to near-normal conditions by the end of last week, demand for gas in Florida has actually become less than normal in the past few days.

“Unlike last week, fuel demand in Florida is now said to be lower than normal, because many Floridians went into the weekend with a full tank of gas,” said Mark Jenkins, Florida AAA spokesperson. “The lower demand should give gas stations time to replenish their tanks. State officials believe most Florida filling stations will have fuel again by the middle of the week.”

Tallahassee was most affected by the pipeline shutdown last week, Jenkins said. But even there, negative effects were nominal.

Gas stations that ran out of gas in the Panhandle and Tallahassee area were replenished by fuel trucked in from the Jacksonville area to the east, Jenkins said. Most of the state was relatively unaffected during the crisis because about 90% of all markets are serviced by cargo ships hauling fuel, delivered from Florida ports, not the pipeline.

Even though Tallahassee saw some direct impacts from the pipeline disruption, it still didn’t have the most expensive gas in the state in the past week. That mark went to Panama City at $3.07 per gallon followed by West Palm Beach at $3.02 and then Tallahassee at $3 per gallon.

Motorists could score the cheapest gas in Florida at Punta Gorda gas stations for $2.81 per gallon followed by Orlando at $2.84 and Tampa at $2.85.

Florida gas prices are still below the national average which now stands at $3.04 per gallon.

previousSunburn — The morning read of what’s hot in Florida politics — 5.17.21

nextTarget joins other retailers in no longer requiring masks for vaccinated customers, employees