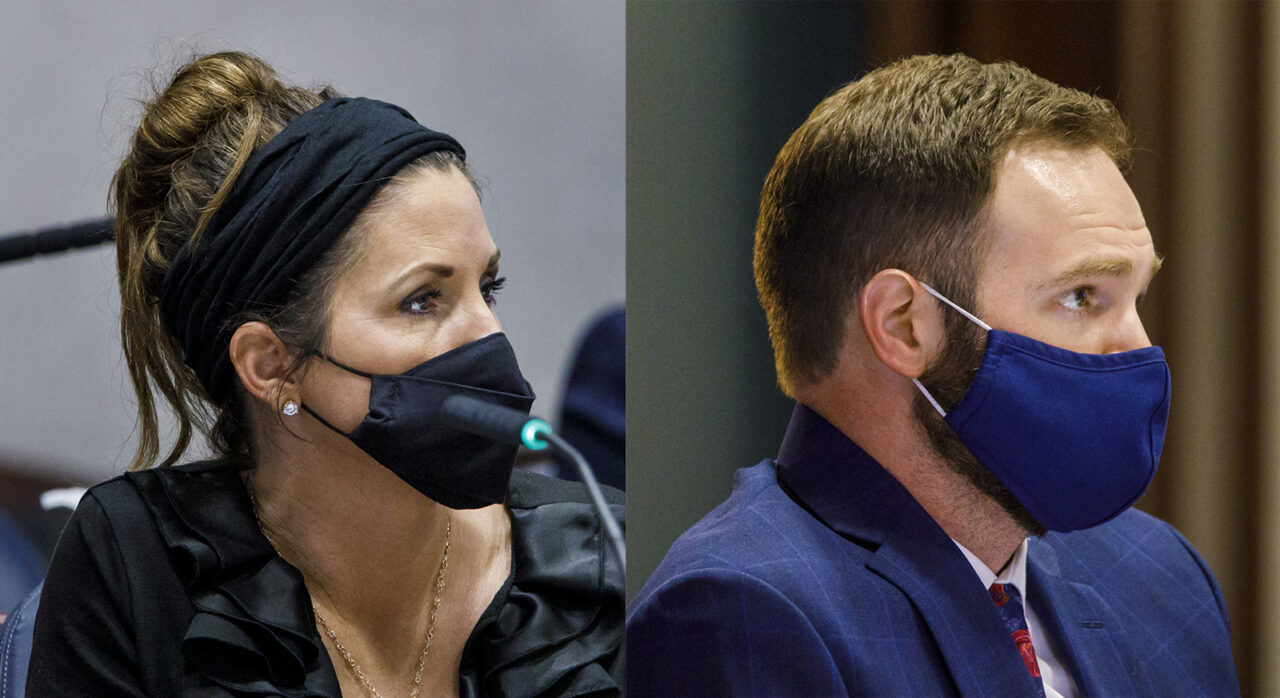 The Panhandle is no stranger to bruising Republican primaries.

Republican Reps. Alex Andrade and Michelle Salzman on Thursday publicly endorsed one another ahead of the 2022 election cycle, a move that may help stave off the trend of heated primaries within their districts.

The endorsements come after Greg Litton, a former major-league baseball player, opened an account Monday to run in the 2022 Republican primary for Andrade’s seat in House District 2.

In a press release, both lawmakers praised each others track records and supported their re-election efforts. Salzman, a freshman, represents House District 1, a neighboring district that also encompasses Escambia County.

“I consider this a great example to set for leaders in our county.” said Andrade, who represents House District 2 in the Panhandle. “Too often, public servants lose sight of what’s important, and sacrifice their ability to do good for their constituents for the sake of personal political gain. That Rep. Salzman and I can show a united approach to supporting each other, and a commitment to serving our constituents, is something I look forward to continuing to foster.”

The race for HD 2 won’t be Litton’s first swing at public office.

The former utility player — a term used to describe a player of multiple positions — unsuccessfully ran for the Escambia County Commission and Escambia County Supervisor of Elections.

And though the ink is still drying on Litton’s paperwork, Andrade may still feel the embers of the previous cycle’s primary.

In 2020, the race for the historically right-leaning district concluded among the most contentious in the state. Pitched against Republican challenger Cris Dosev, the primary devolved into personal attacks and even an in-person confrontation.

Indeed, the tensions illustrate the brutality of primaries in races across the state. But they also underscore the lengths the two would go to prove their allegiance to President Donald Trump — or otherwise call into question a candidate’s loyalty to conservatism.

Moving forward, it seems, Andrade hopes to eliminate any doubt.

“Rep. Andrade is a dedicated member that has proven reliable and effective in the legislative process,” Salzman highlighted in the press release. “His reputation as a team player and a true conservative, and his sincere care for his constituents, are why I look forward to serving with him for years to come.”

When Salzman first entered the race, her candidacy was seen as a long shot. And speaking after her victory, she described the win as a “pleasant surprise.”

Salzman’s road to Tallahassee, however, was not without fireworks. Hill went on the offensive, smearing Salzman with mailers claiming she supports defunding police and other positions that would be controversial in any GOP primary.

Though different districts, the shared experiences are the most recent spectacles in a long line of pitched Primary battles in the Panhandle.

In a statement, Andrade described Salzman as “caring” and “tenacious.”

“Her passion for helping the community frames her approach as a public servant,” Andrade said. “I look forward to seeing what she achieves in her time in office, and am excited to see her continued success. That is why I’m endorsing her for reelection to the Florida House.”

With the 2021 Legislative Session in the rearview mirror, lawmakers are now returning home to switch gears into campaign and re-election mode.

The co-endorsements hardly seemed guaranteed. The two were at odds with one another over Salzman’s effort to restructure the Emerald Coast Utilities Authority, the Pensacola News Journal notes. She ultimately pulled the bill this year but said she will urge an audit next year. Andrade filed a separate bill focused on term limits that also did not pass.

But Andrade told the local newspaper it’s important Session squabbles don’t extend into the election cycle. He said he wants the county delegation unified on matters like cutting tolls for the Garcon Point Bridge.

According to a recent Greenberg Research poll, 68% of Republican voters report the highest level of interest in the upcoming midterm elections, as opposed to 57% of Democrats.