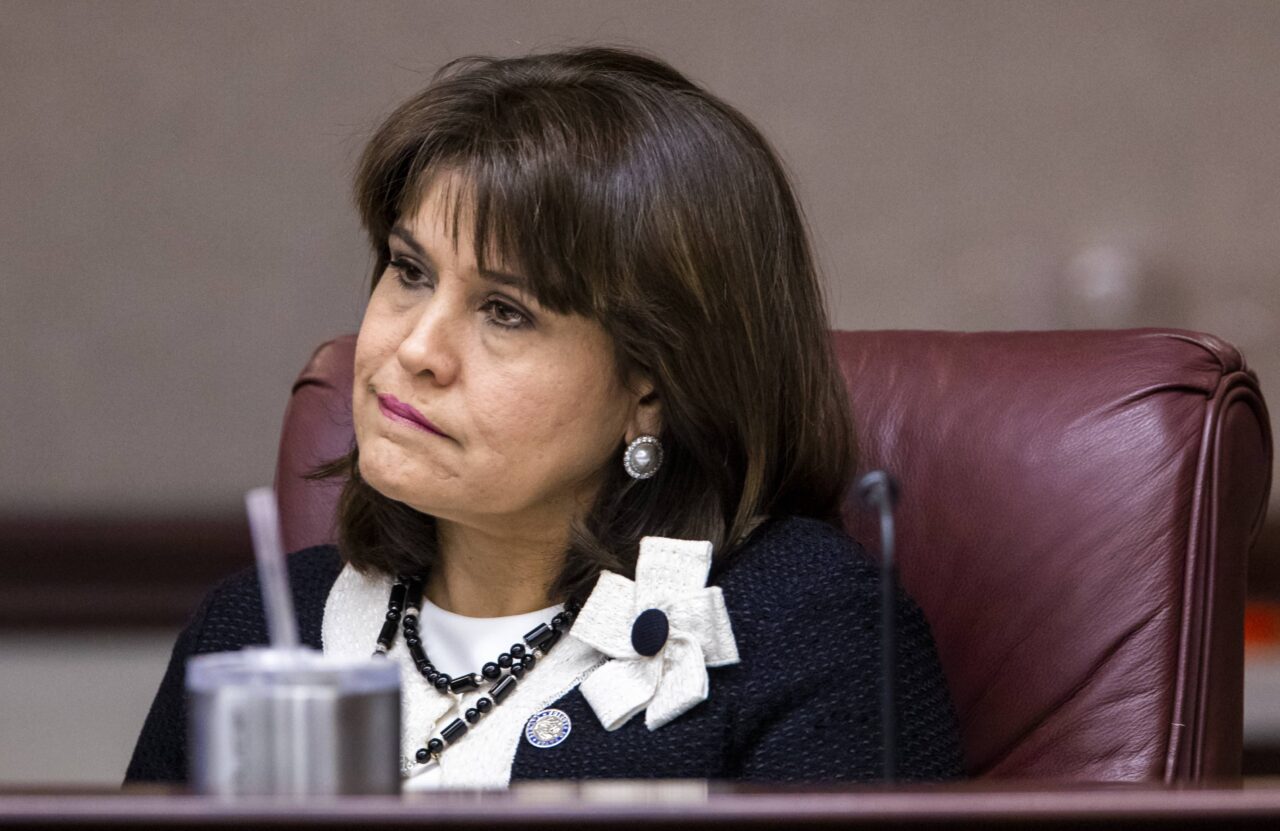 Democratic Sen. Annette Taddeo, who served as the Democratic Lieutenant Governor candidate in 2014, is strategizing about a possible run for Governor in 2022.

On Tuesday, a source close to Taddeo said she’s exploring whether a path to the Democratic nomination exists. Wednesday afternoon, Taddeo confirmed she was looking at a run.

“It’s abundantly clear that this Governor has failed Floridians and must be held accountable. From denying businesses the freedom to operate to blocking public schools from the full funding they need to provide a strong education system, Ron DeSantis continues to infringe on the rights of Floridians to have the freedom to succeed in our state,” Taddeo said.

“With Congresswoman Val Demings pivoting to a likely U.S. Senate campaign, I will continue meeting with supporters across the state to assess the best path for me to do the most good for the people of Florida. Our state is in desperate need of change at the top and I am excited to have earnest conversations on how we build the strongest coalition to win statewide in 2022 and beyond.”

A run for Governor would put Taddeo up against her former running mate, Charlie Crist. Crist, an ex-GOP Governor, ran in 2014 as a Democrat after switching parties. He and Taddeo lost the General Election to Rick Scott by 1 percentage point.

Crist, who has served in Congress since 2017, is now seeking the Democratic gubernatorial nomination once again. Agriculture Commissioner Nikki Fried is also rumored to be considering a run, with an announcement set for June 1.

Taddeo’s camp also put out a poll Wednesday from SEA Polling showing Taddeo at 13% support among Democratic primary voters despite not actively campaigning for the Governor job. That puts her behind Crist (28%) and Fried (26%). But 34% of voters say they’re still undecided, leaving plenty of opportunity for movement with more than a year remaining until the August 2022 primary.

The survey was conducted in mid-April, sampling 600 respondents with a margin of error of 4 percentage points. Taddeo jumped into the lead after reading” basic bio statements about the three candidates,” though the memo did not detail specifics about those statements.

Taddeo also mounted a 2016 run for Congress. She was pursuing a General Election matchup with then-GOP U.S. Rep. Carlos Curbelo, but Taddeo narrowly lost in the Democratic primary to Joe Garcia.

Taddeo’s congressional bid was hit with a major hurdle, however, when Russian hackers targeted the Democratic Congressional Campaign Committee and obtained private information about Taddeo’s bid, among other documents. She lost the Primary election by just over 700 votes out of nearly 29,000 cast.

In 2017, Taddeo won a Special Election for the Senate District 40 seat. She earned reelection in 2018 and has served in the Senate since. Taddeo has also served as a committeewoman for the Miami-Dade Democratic Party.

After the most recent Legislative Session, Taddeo hammered Republicans and Gov. DeSantis for pushing through multiple polarizing bills.

“They just behaved like an authoritarian regime,” Taddeo said, “absolutely pulling down bills that were so regressive, especially when it comes to our First Amendment right to be able to protest.”

The 2018 Democratic gubernatorial primary saw seven candidates on the ballot, five of whom were seen as serious contenders heading into the election. Thus far, Crist is the only major Democrat to announce his bid, with Fried likely close behind.

previousGov. DeSantis hopes to sign budget in 'next couple weeks'