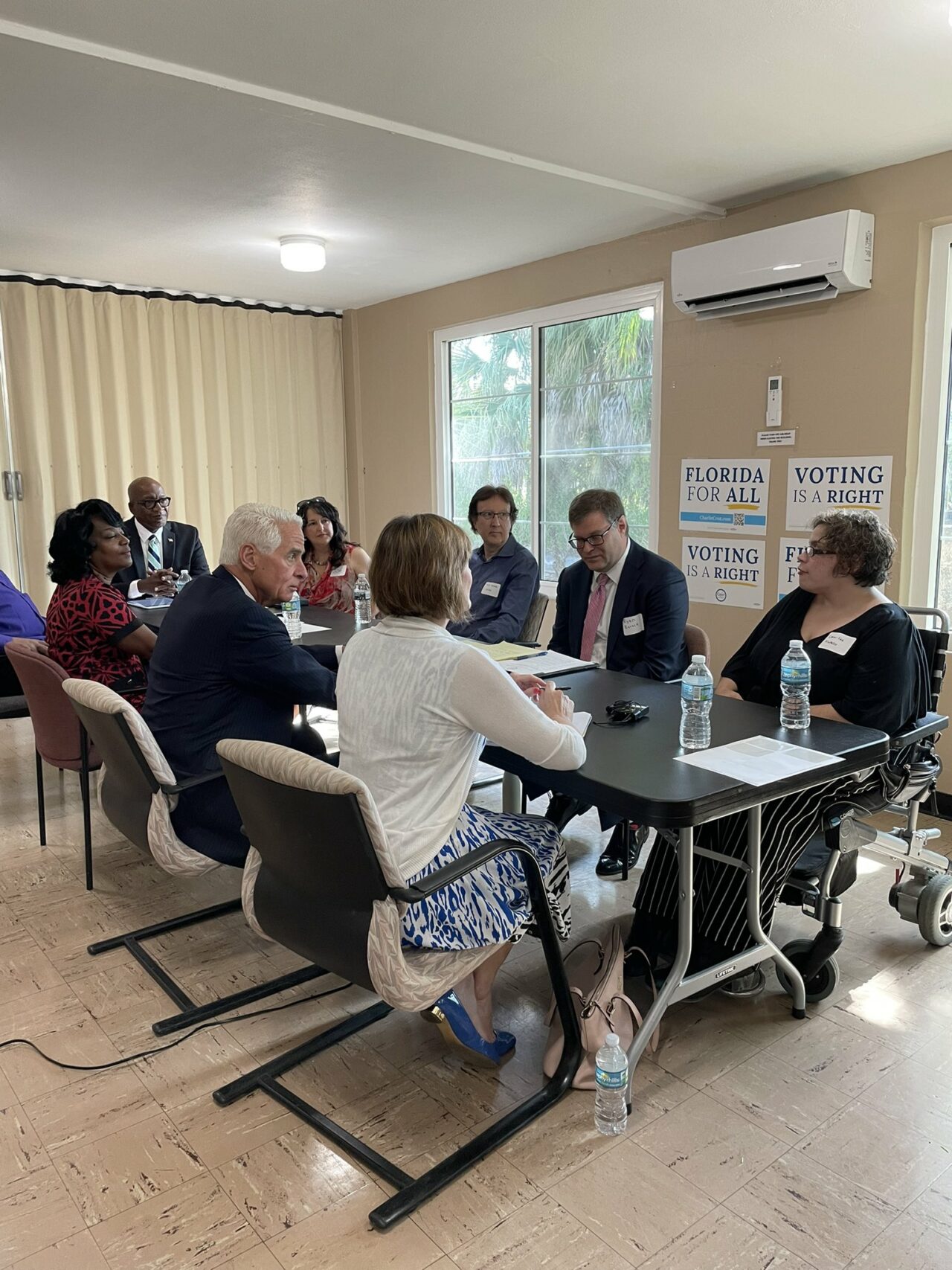 “I’m very humbled and honored to be here with all of you this morning, who are working everyday to make sure folks have a voice even in the face of some very obstructive tactics,” Castor said. “I think we understand now this is a national scheme to suppress the vote, to restrict it.”

The discussion centered around the impact new voting laws would have on minority communities. Specifically, members of the discussion focused on the effect of Gov. Ron DeSantis’ recently signed elections bill (SB 90). That measure, which took effect upon DeSantis’ signature, incorporates much of his plan to erect what one lawmaker called “guardrails” around mail-in ballots and election administration law.

But, at Tuesday’s roundtable, disability rights advocate Laura–Lee Minutello emphasized the impact these new standards may have on the disabled community, especially by limiting the number of ballots an individual can drop off at a box and restricting it to a number of family members.

“It’s not like you can just say ‘I have time at this point and I can go drop off the ballot,'” she said. “Not everyone has a caregiver that’s able to do that for them.”

The signed bill also expands the no-solicitation zone around polling places and places a prohibition on handing out items, including food and drink, with the intent to sway a voter’s opinion, another issue the group said targeted those with disabilities and the elderly.

“We have a great election system in the state of Florida, and what the Legislature really has done is undermine people’s faith in the system,” Welch said.

The new restrictions will also add more limitations to mail-in voting and drop boxes by requiring ballot drop boxes to be used only during early voting hours, and to be manned during those times. This may impact the ability of certain workers to vote, Talmadge Andrews with the SEIU said at the meeting, especially those who may work two jobs and typically use drop boxes or mail-in ballots to vote.

“Its kind of hard for working people to have time,” Andrews said.

Republicans supportive of the bill argue there are several ways to vote in Florida, making it hard to not vote, and the legislation adds safeguards. However, the measure received criticism from Democrats, who called the bill an act of voter suppression and likened it to “Jim Crow 2.0.”

DeSantis signed the elections bill on May 6, immediately coming under fire for how he went about it. The Governor signed the legislation into law behind closed doors as an on-air exclusive with Fox News. Media, except for the conservative news giant, weren’t allowed at the rally, prompting complaints from Democrats and reporters. Crist also quickly criticized DeSantis for the move.

After the Tampa meeting, Crist planned to travel to Orlando on Tuesday. Then, throughout the rest of the week, he will hit Tallahassee, West Palm Beach, Broward County, Miami and Gainesville.