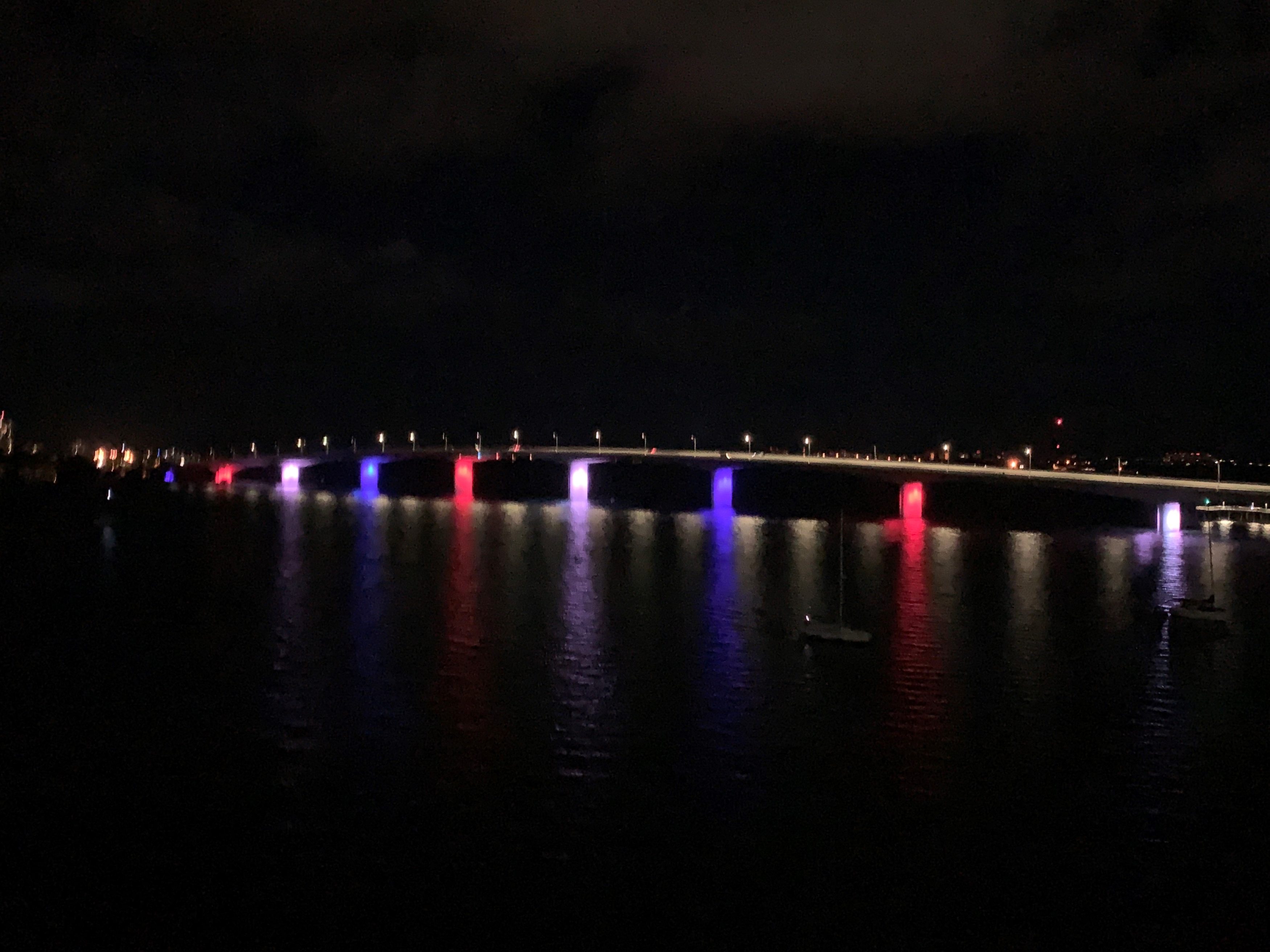 DOT also shot down plans to light a Sarasota bridge in rainbow colors.

The Governor has distanced himself from controversy around the rainbow illumination at Acosta Bridge. but Florida’s Agriculture Commissioner notes this wasn’t an isolated incident.

“Now it has been reported that your Department of Transportation has denied requests to light bridges around the state in acknowledgement of Pride Month, a national celebration and recognition in Florida of our state’s large, proud LGBTQ+ community,” she wrote. “This includes your administration denying the City of Sarasota’s request to rainbow light the Ringling Causeway Bridge, and ordering the City of Jacksonville to remove LGBTQ-themed lighting from the Acosta Bridge, the latter leading to organized protests of your administration’s actions.”

A spokesperson for DeSantis stressed he had no involvement in the regional Florida Department of Transportation decision to not allow pride lighting and declined to respond to Fried.

“Again, as FlaPol has reported already, I want to reiterate that the Governor’s Office had nothing to do with turning off the bridge lighting,” said DeSantis spokesperson Christina Pushaw. “To suggest otherwise is absurd and baseless. Governor DeSantis isn’t going to respond to Commissioner Fried’s allegations. This is just the latest example of her playing politics for ‘Resistance’ retweets and MSNBC hits, instead of focusing on the responsibilities of the important job she was elected to do for the people of Florida.”

News of the regional office for FDOT shutting down the Jacksonville bridge created a flurry of news on Tuesday night and Wednesday morning. That came after the bridge had been lit up with the promise it would remain that way each evening.

Meanwhile, Sarasota’s request was denied before Pride lighting could illuminate.

“I think the state is being a little rigid,” Sarasota Mayor Hagen Brody told the Herald-Tribune. “I didn’t think this request would be anything controversial. It’s really surprising to get push back from the state.”

Fried also mentions there had been plans in the works for Everytown for Gun Safety to sponsor lighting the Florida Capitol in orange for National Gun Violence Awareness Day on June 4. Fried had actively supported the gesture.

“After beginning to process this request, the Department of Management Services suddenly ignored further follow-up communications from our department, and summarily denied the Capitol lighting,” Fried wrote.

DeSantis started the month off with a pair of actions that upset the LGBTQ community and alarmed activists.

On the first day of June, DeSantis signed legislation barring transgender girls and women from competing in school sports for girls.

The following day, he vetoed all state spending in the 2020 budget related to LGBTQ programs, including mental health funding for survivors of the 2016 shooting at the Pulse nightclub in Orlando. The Governor’s office stressed funding for services would still be available through other mental health programs that he left intact in the budget.

“You may choose not to recognize that your administration’s homophobic, transphobic actions exacerbate the discrimination the LGBTQ+ community continues to face just as you may choose to ignore the nearly 3,000 gun deaths that occur in Florida each year,” she said. “As Governor, it is your moral and constitutional responsibility to serve Floridians, not only those whose antediluvian predilections you share.”