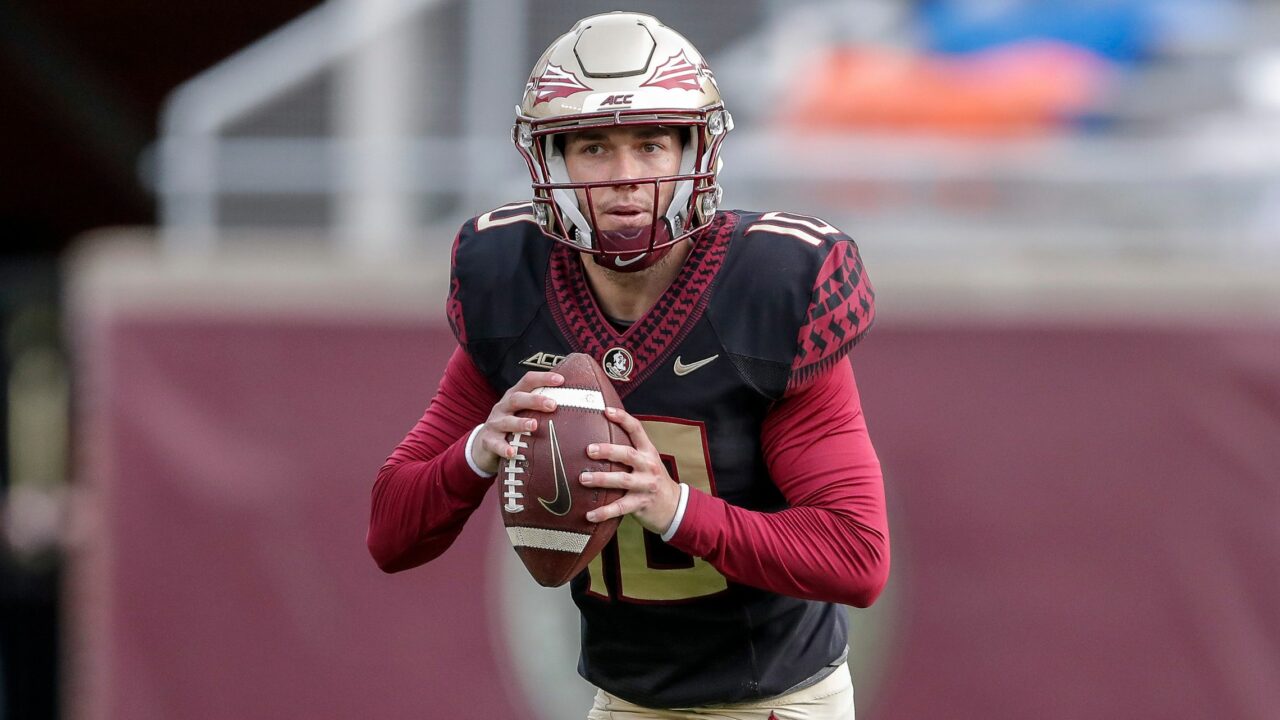 Milton and King each lead one of the top college football teams in the state. They announced they’ll help lead Florida’s new era of allowing college athletes to generate income after Gov. Ron DeSantis signed relevant NIL legislation. After movement from Florida and several other states, the NCAA Wednesday also backed off its rules blocking college athletes from making money via promotional efforts.

Milton and King will buy into a company called Dreamfield, which serves as a platform to help athletes book paid public events. Milton will formally announce the move alongside Education Commissioner Richard Corcoran in Tallahassee on Thursday, while King will announce his decision in Miami.

Later in the day, both athletes plan to be available for photo and autograph sessions. Milton will appear at Miller’s Ale House in Tallahassee at 7:30 p.m. King will hold an event at The Wharf Miami, also at 7:30.

Dreamfield will provide a portal displaying available events such as autograph sessions, meet-and-greets or speaking gigs. Athletes can then search those listings, sign up to attend those events and get paid in the process. The company will also create NFTs with college athletes.

The venture is just one of several ways athletes can begin cashing in off the field after Florida lawmakers approved legislation permitting the practice last Session. Republican Rep. Chip LaMarca sponsored that bill, with a start date originally set for July 1, 2021. During this year’s Session, Republicans tried pushing the effective date back to July 1, 2022. But after outcry from major college athletes — including Milton — lawmakers relented and added an amendment to a separate bill reinstating the July 2021 start date. DeSantis signed that so-called “glitch bill” on June 24.

Corey Staniscia, who served as a top staffer for LaMarca and helped push forward the NIL pay bill, also tells Florida Politics he’ll be leaving LaMarca’s office to join Dreamfield as its director of external affairs. He’ll also serve as President of Dreamfield Foundation, which will plans to form as a 501(c)(3). The foundation will advocate for athlete’s rights in Florida and the rest of the U.S., while also providing free legal and financial counseling for athletes that may not be able to afford it otherwise.

“I completely bought in on what Dreamfield was creating and their athlete first approach,” Staniscia said in a statement to Florida Politics.

“Too many of the platforms in this emerging market only care about their bottom line or how they can get acquired to line their own pockets. Dreamfield cares about the athletes and puts them first. It’s what drives everything they do. As an advisory member to the National Collegiate Players Association, the national leader in athlete advocacy, this was very important to me. This is why I and star quarterbacks McKenzie Milton of the FSU Seminoles and formerly of the UCF Knights, and D’Eriq King of the Miami Hurricanes, chose to join Dreamfield together.”

“When we first reached out to Rep. LaMarca’s office a few months ago he and Corey were always accessible and helpful,” Pardillo said. “It just became the natural progression to bring Corey onboard when we saw how in-tune he was to athlete rights, the sports media, and NIL issues. He has already been a valuable addition to our team and we look forward to continuing to build amazing things together at Dreamfield.”

Staniscia has worked in Rep. LaMarca’s office since LaMarca won the House District 93 seat in 2018. He also served as LaMarca’s campaign manager in both 2018 and 2020. While Staniscia is departing as a legislative aide, he tells Florida Politics he will remain on LaMarca’s political team.

“Nobody in Florida, elected or not, has worked harder on name, image, and likeness than Corey,” LaMarca said.

“As an equal part of the team that drafted the Florida NIL law, twice, he never asked for the spotlight, but now is his time to shine. Without him playing both offense and defense with me during the final days of Session, I am convinced that NIL would not have been put back on track this year. He will always be the quarterback of my political team, but we in the Florida House will miss his experience and tenacity on staff.”

College athletes are currently considered amateurs under NCAA rules. While many receive a scholarship to attend their respective universities, the NCAA has been incredibly restrictive regarding rules on making money outside sports. In 2017, a kicker from the University of Central Florida was declared ineligible for making money off his YouTube channel. Athletes have also been punished for making money from autographs.

That prompted Florida and other states to approve measures giving athletes the ability to make money off the field as a way to force the NCAA’s hand. Nearly 20 states have approved similar laws including California, Georgia, Texas and others. Reports emerged just last week that Kentucky Gov. Andy Beshear would join that push via an executive order.

Florida’s bill will allow athletes to generate revenue off NIL rights, such as through advertisements, signing autographs and other forms of promotion. Dreamfield is one of many services that will help athletes take advantage of those new opportunities.

Florida and other states’ push has forced the NCAA to begin amending its ban on athletes making money off NIL rights. A recent U.S. Supreme Court ruling also chipped away at the NCAA’s power to limit benefits to athletes that are educational in nature. Some analysts have speculated that case could foreshadow an end to the NCAA’s amateur rules altogether.