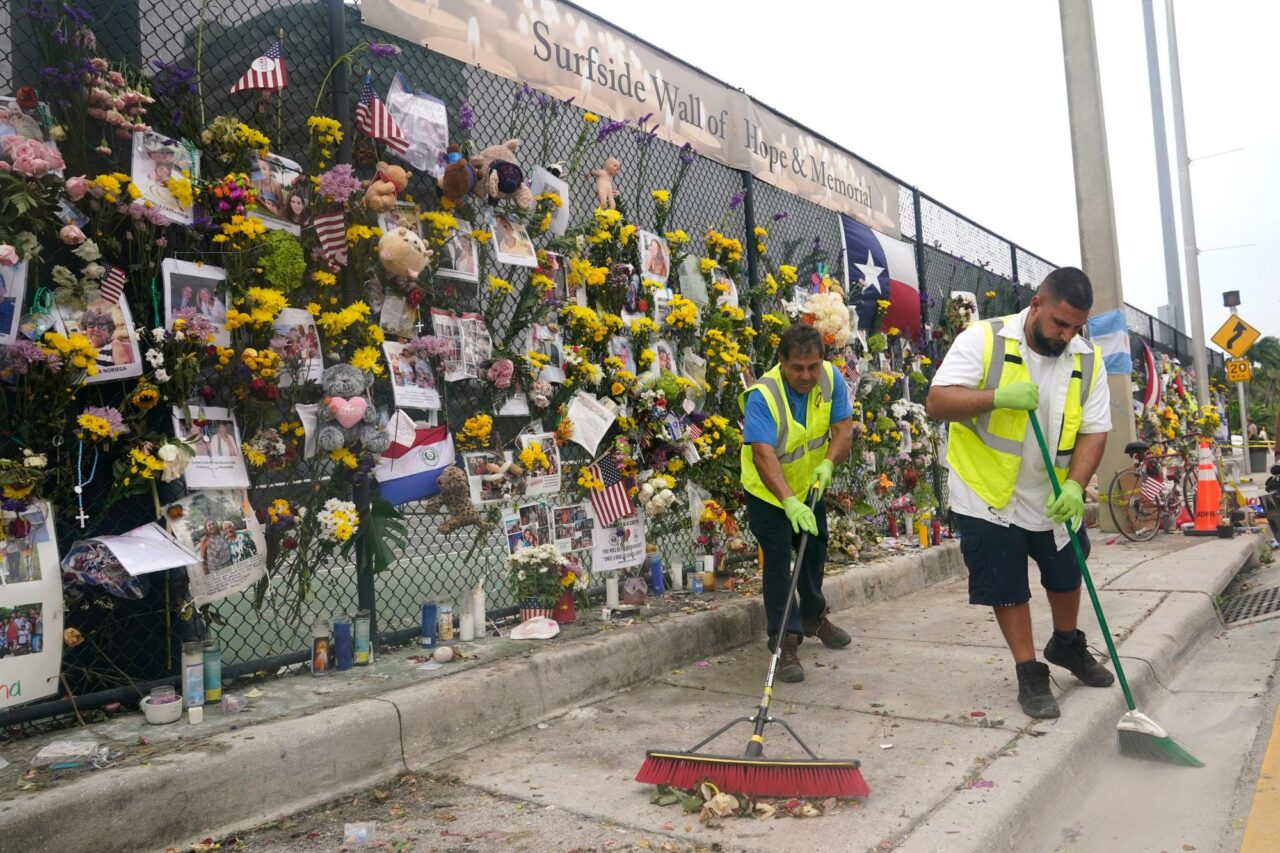 Crews have uncovered 18 bodies in the last two days.

Search and rescue crews have uncovered 10 more bodies in the rubble at the site of a collapsed condominium in Surfside, increasing the number of dead Wednesday to 46.

There are still 99 people unaccounted for who went missing early June 24, when half of Champlain Towers South crashed down. A state-hired demolition team razed the remaining portion of the building Sunday.

Since then, workers have done “some significant removal” of the wreckage and were “able to get down to various areas to inspect,” Miami-Dade Assistant Fire Chief Raide Jadallah told family members in a private briefing Wednesday, the Associated Press reported.

Despite heavy winds, showers and lightning that for two hours stalled rescue efforts Tuesday, emergency workers have found 18 dead over the last two days, the most in any stretch of time since the condo fell on June 24.

No one has been found alive among the debris since the first hours after the building collapsed, and there have been no signs more survivors will be discovered, Fire Chief Alan Cominsky said.

“Unfortunately, we’re not seeing anything positive,” he added.

Miami-Dade Mayor Daniella Levine Cava said Monday that the “devastating” decision to bring down the other half of the structure was necessary for rescuers to get to previously inaccessible areas of the site.

“Truly, we could not continue without bringing this building down,” she said.

Levine Cava later noted that several investigations are ongoing and “will continue over a long period of time.”

State Attorney Katherine Fernandez Rundle said she plans for a grand jury to get involved.

On Wednesday morning, Gov. Ron DeSantis said the state will seek “definitive answers” for what caused the building to collapse and warned against assumptions that older buildings in the area are similarly unsafe.

“I think this building had problems from the start; let’s just put it that way,” he said at the Emergency Operations Center in Tallahassee during a briefing on Tropical Storm Elsa. “I wouldn’t jump to conclusions about it.”

previousDean Black adds another $40K ahead of likely HD 11 bid