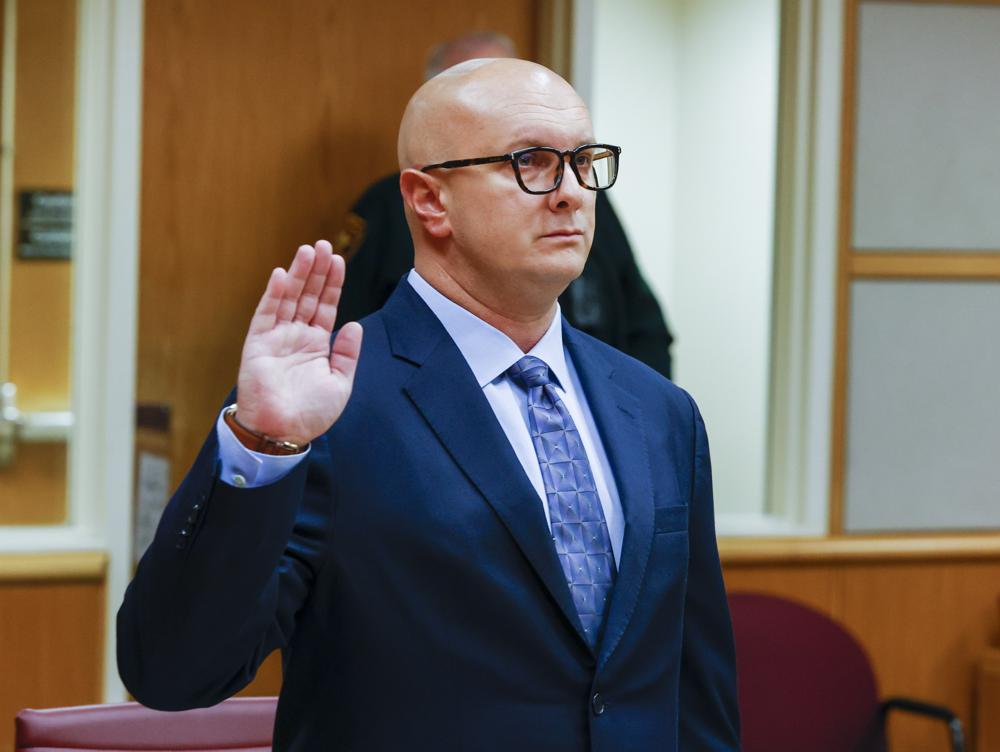 A Pinellas County judge approved a temporary injunction order last Friday filed by Luna against Braddock earlier in June. Luna sought an injunction against Braddock after recordings surfaced of him allegedly threatening to make Luna “disappear.” A hearing for a permanent injunction is scheduled for September.

The recording was secretly taped by Erin Olszewski, a right-wing activist who has also sought a restraining order against Braddock.

Despite the court battle, St. Petersburg Police have closed the case and will not take any action in response to the recording. The 14-page police report states investigators determined the comments were “conditional in nature as Braddock mentions the ‘hit squad’ scenario will only happen if Luna polls ahead of him.”

In the recording, first obtained by POLITICO, a man’s voice (attributed to Braddock by Olszewski) can be heard saying he has “access to a hit squad, too, Ukrainians and Russians.”

“I really don’t want to have to end anybody’s life for the good of the people of the United States of America,” Braddock said. “That will break my heart. But if it needs to be done, it needs to be done. Luna is a f***ing speed bump in the road. She’s a dead squirrel you run over every day when you leave the neighborhood.”

Although the case is closed, other political opponents named in the report want their names cleared.

According to the police report, “There was a screenshot of a text message from Braddock saying Makki, Tito, and William were going to ‘take her out’ referring to Luna.” But, after interviewing Makki and Tito, and researching the details, police found no probable cause to arrest anyone, clearing the group.

“After speaking with Tito and reviewing the evidence provided in this case, I have no reason to believe that Tito was conspiring to kill or do physical harm to Luna,” the report reads.

Now, Tito is seeking an apology.

“You have defamed me by floating the allegation that I was part of a plot to murder you based on a private and illegally recorded conversation between your associate and William Braddock,” Tito said in a letter addressed to Luna. “I had no involvement in that communication and certainly never made any personal threats toward you.”

“The official police report not only led to no charges for Braddock but, as I said would be the case from the very beginning, it yielded no evidence whatsoever that I was involved in any plot to harm you,” he continues. “Your claims were unfounded. They were reckless and they went well beyond dirty politics to defame me personally. I am requesting a public apology from you.”

If Luna does not take action in clearing Tito’s name, Tito is threatening to sue her for defamation.

“In the event that you elect not to do the right thing and apologize, I will be forced to consider a defamation suit with discovery to begin immediately,” he said in the letter. “I am not a fan of lawfare but your own spokesman has suggested litigation to bring the facts to light. There’s no place for violence or threats in politics and I do not condone any form of intimidating behavior.”

But, Luna’s campaign argues that the inclusion of Makki and Tito in the case is based on Braddock’s claims to be working with them, and that she has “made no independent allegations about whether Braddock’s claims are true or accurate.”

“Anna’s petition for injunction clearly states that Mr. Braddock claims to be working with Makki and Tito. She has made no independent allegations about whether Braddock’s claims are true or accurate.  She simply filed with the court evidence of Mr. Braddock’s claims,” a statement from her campaign said.

“Amanda Makki and Matt Tito have declined to publicly criticize Mr. Braddock for his behaviors and threats and have instead engaged in an attack and smear campaign against Anna, the victim of threat of murder by Mr. Braddock, for repeating Braddock’s claims (with evidence) to law enforcement and in a court filing,” the statement continues. “If Mr. Braddock’s claims are untrue, why have Amanda Makki and Matt Tito declined to publicly and forcefully condemn them?”

Luna will take back her place as the only Republican in the race. But, likely not for long — Makki is teasing another run for CD 13.