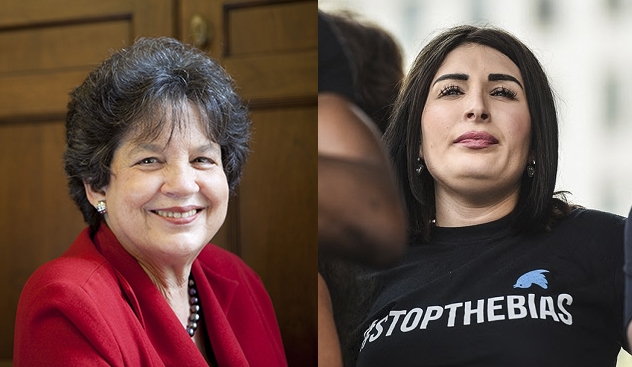 The Democrat reports $1.3 million on hand to take on any challengers in her bid for a sixth term representing Florida’s 21st Congressional District. Already, she could be facing a reprise of the 2020 election with a challenge from nationally known right-wing firebrand Laura Loomer. Two other Republicans have also filed to run for the opportunity to face Frankel in the General Election.

Most notable among Frankel’s donors this quarter is former Democratic Congresswoman Donna Shalala, who gave the maximum allowed. Larger donations received in the last quarter include $5,000 from the American Federation of Teachers, $2,500 from the Committee on Letter Carriers, $2,500 from the Extera Energy Inc. Political Action Committee, all based in the Washington, D.C., tri-state area. Maxed Out Women, based in New York City, also gave $2,500.

Federal records show internet provocateur Loomer raised $55,461 in the last quarter. All but $18,700 of it came from donations of less than $200 that were not itemized. Her campaign shows $18,740 in cash on hand and $30,744 in debts. She will have to get by fellow Republicans Rod Dorilás, a Navy veteran, and Keith Feit, a school administrator and educator, to reprise her last showdown with Frankel.

In the 2020 election, Loomer defeated five Republicans to compete against Frankel in the General Election. She had already attracted national attention when Twitter banned her for anti-Muslim rhetoric in 2018 and she handcuffed herself to the tech giant’s New York headquarters. Her improbable win to take on Frankel prompted then-President Donald Trump to tweet his congratulations. But Frankel defeated Loomer by nearly 20 percentage points to represent the former President’s home district.

Loomer’s campaign list of itemized contributors shows she has supporters from around the country, from Vermont to California. Six Floridians were among her 47 itemized donations. The largest — $2,800 — came from a Litchfield, Connecticut, woman, Lydia Brimelow, who publishes magazines on topics such as “Meddling Mexicans,” “Death by Diversity,” and “America Unemployed.”

Loomer’s Republican rival, Feit, collected $5,773 in the last quarter of fundraising. Dorilás’ latest campaign report has not yet been posted.