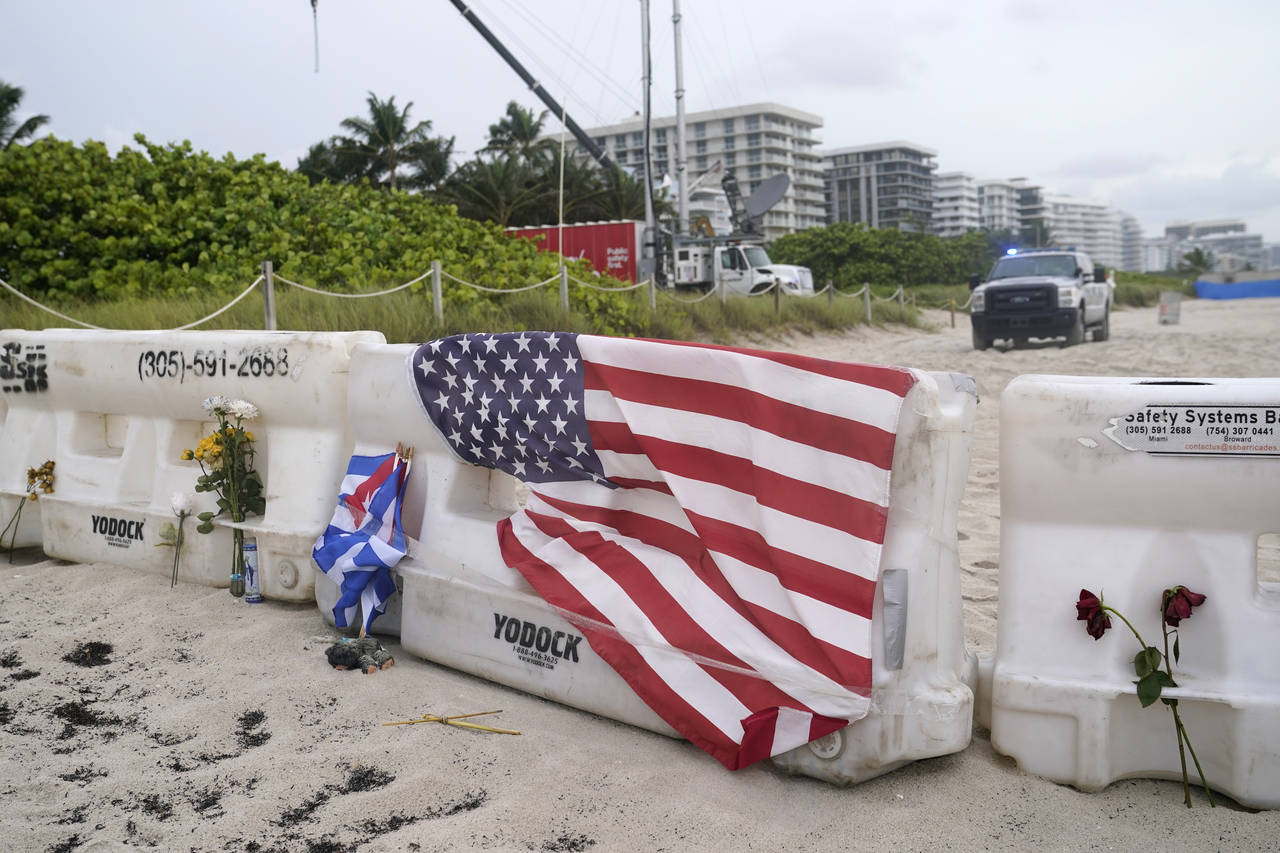 At least 97 people died from the June 24 collapse.

A South Florida courtroom observed a moment of silence Friday to remember the dozens of people who died in the collapse of 12-story condominium complex near Miami. Then it returned to the business of considering what should become of the property.

That decision may be weeks or months from being made as families grapple with difficult decisions over personal and financial losses, including whether to rebuild, place a memorial on the site or accommodate both.

Miami-Dade Circuit Judge Michael Hanzman said he was open to all options, but no decision came at a hearing Friday. The judge appeared pleased that discussions were underway to raise the financing necessary, perhaps from the government, to buy the property for a memorial.

On Wednesday, Hanzman ordered the start of the process to sell the site of Champlain Towers South, which court records say could fetch $100 million to $110 million.

The news of the financing effort came from the court-appointed receiver, Michael Goldberg, who also shared that the property’s insurer would be paying out $31 million in insurance money, according to WPLG.

Goldberg acknowledged the differing opinions over what to do with the property in Surfside.

“Some people want it sold and the proceeds immediately distributed, some want to rebuild on the property. And some believe this is hallowed ground and that it should be forever a memorial,” Goldberg said, according to WPLG.

Miami-Dade County authorities said at least 97 people died from the June 24 collapse of a portion of the condominium complex. As of Friday, 94 of those victims had been identified, with potentially at least one more person buried in the rubble.

One of those identified Friday was 51-year-old Brad Cohen. His daughter, 12-year-old Elisheva Cohen, made headlines after Surfside Mayor Charles Burkett found her alone staring at the rubble a few days after the collapse, consoling herself with a collection of Psalms.

Her teenage brother was just days into his kibbutz in Israel and rushed home as soon as he heard about the collapse. President Joe Biden comforted the girl when he visited the site on July 1 and spoke privately with grieving families.

Brad Cohen’s long-time mentor, Rabbi Yakov Saachs, said the popular orthopedic surgeon had a love for Jewish teachings and instilled that in both his children. “He has kids and he’ll have grandkids and great grandkids, a world of people that are fulfilling God’s wishes and God’s word,” Saachs said.

A funeral for Brad Cohen was scheduled for Monday and will be open to the public, according to his wife Soriya Cohen. She shared a photo of him and Elisheva, with him wearing a floral shirt Soriya Cohen said was her favorite. His mother bought it early in Brad and Soriya’s marriage.

“If I could have only one piece of clothing from him, it would be that shirt,” Soriya Cohen said.

Shortly after Friday’s hearing began, a resident of the complex asked the judge for a moment of silence. Afterward, the resident, Oren Cytrynbaum, reflected on the tragedy.

“Each day gets a bit easier. You are not sure what’s gonna happen but everyone is helping each other,” he told Miami’s CBS4 News. “We’ve been getting close with our neighbors and the community and everyone’s been helping each other. It just seems like you’re going from a very dark place to a bright light of hope down the end of the road.”

That pain has opened debate among grieving families over the matter of whether it is appropriate to rebuild on the site or whether it should be turned into a memorial.

Some family members have suggested the government buy the property for use as a memorial, saying the blood spilled on the site made it inappropriate for commercial development. But other survivors want the structure rebuilt so they can move back in.

On Thursday, the mayor of neighboring Miami Beach proposed setting aside an area of a park in his city to erect a memorial for the victims of the Surfside tragedy.

“So many in my community knew or were one degree of separation from the victims of this unthinkable tragedy,” Mayor Dan Gelber wrote in a letter to the judge.

The judge has fast-tracked the lawsuits that have been filed as a result of the disaster and has authorized Goldberg to begin disbursing insurance money to the victims and families.

Much of Friday’s hearing focused on establishing an organizational structure to help guide future proceedings.