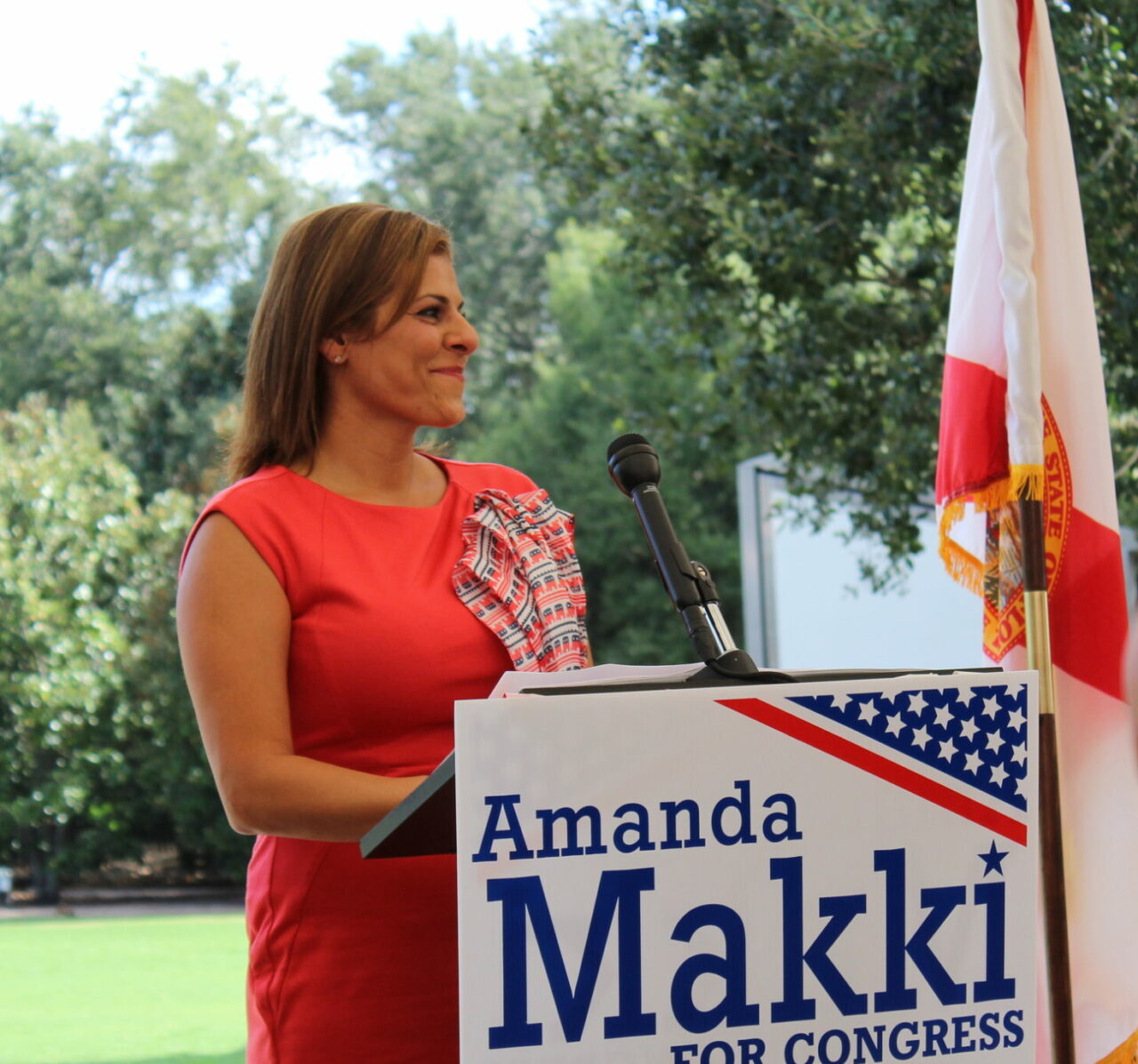 Makki announced her candidacy Tuesday in Largo, surrounded by a handful of local politicos and fresh congressional campaign signs. And, this won’t be her first time in the ring — two years ago, Makki was edged out in the Republican Primary by Anna Paulina Luna, who she’ll face again in 2022.

And, there appears to be no love lost between the opponents.

Luna, who has established herself as a pro-Trump conservative and social media firebrand, bested Makki in the GOP Primary with 36% of the vote to Makki’s 29%. A third 2020 candidate, George Buck, earned 26% of the vote. Buck joined Makki for her announcement, signaling he will forgo a third run for the seat himself in favor of backing Makki.

While in the 2020 race, Makki offered a more establishment option to Republican voters in the GOP Primary, with Luna claiming the Donald Trump wing of the party. But, that strategy didn’t work two years ago when Trump himself was on the ballot.

This time around, Makki is ditching the moderate label and is diving in head first into Trump territory and heightened conservative rhetoric, tackling the border, critical race theory and ballot harvesting during her campaign announcement. Makki, the daughter of Iranian refugees, introduced herself as a legal immigrant.

“For those of you who don’t know me, I am a legal immigrant to the United States,” Makki said, emphasizing the word “legal.” “This is the greatest country on Earth, because the legal immigrants made it a great country.”

“We don’t want a socialist Congress running our country. One-party control of our nation is dangerous, and the Democrats have taken us there,” she said. “In less than 180 days of President Biden being in office, look where we have gone. We went from one of the greatest economies under President Trump to people sitting at home and collecting a paycheck instead of working.”

Makki continued her speech by laying out some of her priorities, hammering home the need for border security.

“The most important thing, aside from the border, is our elections. Our elections are under attack by the Democrats,” Makki said, criticizing HR 1 and warning of ballot harvesting.

“You can trust me to be a strong voice for causes like protecting your Second Amendment rights to bear arms, protecting the life of the unborn, reinstating President Trump’s successful border policies and continuing to build that wall, reining in the Democrats’ out of control spending and ensuring that our elections are secure and fair,” she continued.

Makki got her start in politics via an appointment from President George W. Bush‘s administration after 9/11 when she was appointed to the Pentagon’s General Councils office on anti-terrorism issues.

She is a former senior health adviser to Alaska Republican U.S. Sen. Lisa Murkowski, who she served for seven years.

The news follows a trip to the southern border earlier this month in which she lamented in a tweet: “wall construction has STOPPED & now we have ARMED ILLEGALS crossing an open border, trespassing/kidnapping because of (Joe) Biden’s OPEN BORDER policies.”

Over the weekend, Makki joined a rally supporting Cuban protesters in St. Pete. Both moves show Makki is positioning herself on key issues facing voters in the 2022 election cycle.

Luna and Makki are the only Republican candidates in the race currently. Republican William Braddock dropped out of the race on June 18 after recordings surfaced of him threatening Luna.

Candidates hope to replace incumbent U.S. Rep. Charlie Crist, who is not seeking reelection, running for Governor instead.

The CD 13 race is expected to be one of the most competitive in the state. It will likely be among the most expensive as donors nationwide contribute — Democrats in hopes of keeping the seat blue, and Republicans with an eye on flipping a key swing district as the party battles to reclaim a majority in the U.S. House.

The district currently has a Democratic advantage. Heading into last year’s presidential election, Republicans, through a massive voter registration effort that will continue into the 2022 midterms, chipped away at the Democratic advantage in the Pinellas County district from 5.2 percentage points to just 4.6.