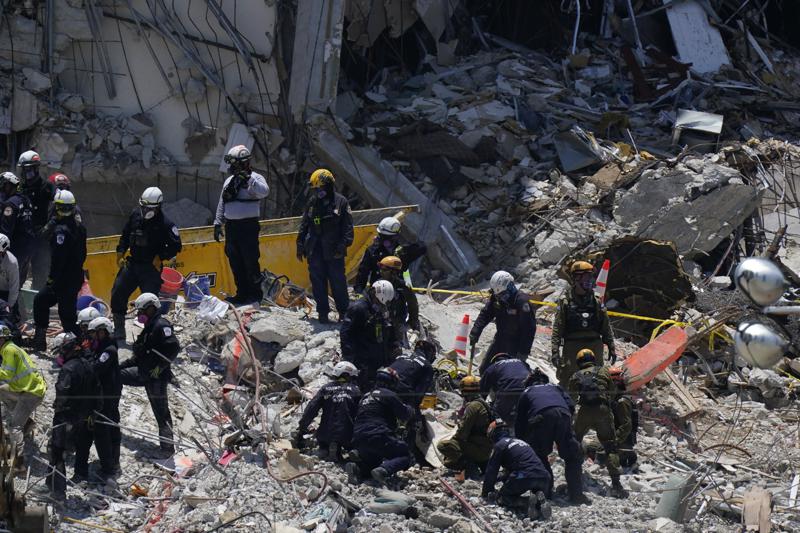 Lawmakers OK'd bonuses for all first responders in April thanks to money from the federal American Rescue Plan.

In April, the Legislature approved those bonuses to reward the state’s emergency responders for their work during the COVID-19 pandemic. The cash came courtesy of the federal American Rescue Plan, approved by Democratic lawmakers in Congress and signed off by President Joe Biden.

The money was OK’d before the late June collapse of the Champlain Towers South building in Surfside. But DeSantis held a special ceremony for Surfside emergency crews Tuesday where workers received those checks.

“We had planned on doing this anyhow. I mean, obviously, we had passed it; I had signed it. You were going to get it anyway, and you deserved it,” the Governor said before highlighting the work done by first responders throughout the COVID-19 pandemic.

“There was so much that was done over the last year, year and a half, that we say thank you. But of course here in Surfside, this was an absolutely tragic event and something that’s going to leave a mark on our state for a long, long time.”

“I was here every day for those first couple weeks, and I know how hard people worked,” DeSantis said of the Surfside first responders.

“I think now people look back, and they know that there were no punches pulled on this. This was a full-throttle effort. Everything that could’ve been done was done.”

That added to the trauma felt by emergency workers during the pandemic. Many of those workers helped administer the state’s vaccine and testing operations, including going home-to-home to help elderly or disabled individuals get the resources they needed.

“The Governor really prioritized this last Legislative Session, understanding what you all went through during COVID,” said Dane Eagle, Secretary of the Department of Economic Opportunity.

“The Department of Economic Opportunity simply helped in facilitating the Governor’s vision in making sure that you all receive the payments you so earnestly deserve.”

Added DeSantis: “You’re putting yourself out. You have a servant’s heart, and it’s not all about the money. But if we can show a token of appreciation like this, we want to be able to do it.”