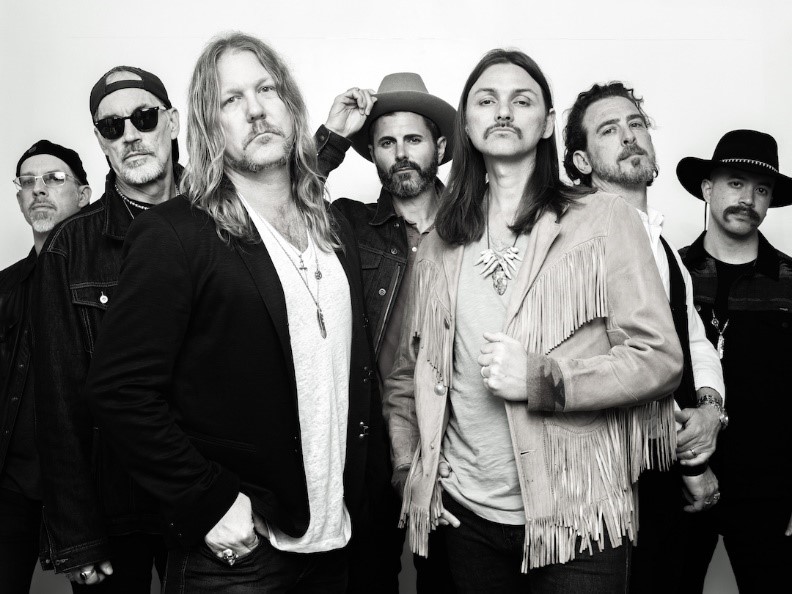 Everyone remembers their first show, whether it was a debacle or something they loved.

I had just discovered 80s metal via a 12-pack of cassettes from Columbia House. Remember those deals?

Twelve for a penny, then they charge you like $20 for the rest of your life for the “featured” album of the month.

That is, unless you canceled — which (in pre-internet days) took an act of Congress.

Anyway, my Mötley Crüe, Ratt, Dokken, Quiet Riot, and Scorpions regular rotation (courtesy of that special) would have to wait; ZZ Top was also blowing up in 1984.

You could not turn on MTV without seeing one of their videos.

Bearded dudes with muscle cars in the Texas desert? Sure, why not. I said yes to the invite, and off we went.

In those days, dad had a membership to a place called the City Club. It was physically connected to the arena (the Summit) and, after a leisurely dinner at the club, you took a moving sidewalk or maybe escalator, right to the assigned seats.

The gents in the band were from Houston, so the Summit gig was usually the last of the tour and a hell-raising event, not just for the fans but for the band too.

Once we got to the seats, I was immediately confused — the section next to ours smelled like a Christmas tree was on fire? And the entire place smelled like beer, too.

There might as well have been fire hoses full of Lone Star Beer in every section as the place was one massive party. I will never forget it.

It was not my first show, but it was my first ROCK show.

Mom took me to see Neil Diamond at the Omni in Atlanta, and I went with dad to the Astrodome to see the Beach Boys. Those shows were nothing compared to the onslaught of Texas rock’n’roll exploding that evening. Sound and lights and a huge stage; it was mind-blowing.

It was also the loudest thing I had heard to date (I had not seen Motley or Ozzy live yet).

As the evening closed down, I asked dad if I could pick up a ZZ Top key chain at the souvenir stand, he said yes. I still have that beauty today. What a fantastic remembrance for such an amazing night with the band and family (and two years later, the Afterburner Tour was even bigger). The keychain was the one prominently featured in some of their incredible videos.

With ZZ Top bassist Dusty Hill passing away this summer, it is the end of an era, and those nights at the Summit will never happen again; plus, the Summit is now a super-church of some kind, that’s ironic.

The band, however, is finishing out its 2021 tour with a longtime crew member, Elwood Frances, taking over the bass. Elwood, it seems, grew a pandemic beard, so by accident, he certainly has the looks and chops to fill those mighty shoes.

They will be ripping through Florida in November, so check it out if you are a fan.

As we see, the business of rock music is returning after a year of virtually no work in our state and around the world (I wrote about the dreadful year most musicians had in 2020.

I have only seen one show thus far when Edwin McCain hit Tallahassee at the newly renovated Moon in Tallahassee. That was a fun night with a lot of friendly folks. The ZZ Top tour is likely the next one when they hit the Sunshine State this fall.

But who will pick up the torch for blues-fueled rock ’n’ roll once ZZ Top hangs up their beards and hats?

My bet is on the Allman Betts Band.

As the name suggests, the sons of three founding members of the Allman Brothers Band founded this group. Devon Allman, son of Greg, Duane Betts, son of Dickey, and Berry Oakley, son of Berry.

They are currently scorching across the nation with BlackBerry Smoke, another quality new-generation rock ’n’ roll outfit. This pairing will also be bringing us Floridians a night of entertainment this week.

Duval County will get the honor as those bands roll into Jacksonville.

A night of rock ’n’ roll is not what it used to be.

This new wave of COVID-19 cases, the ease of digital music experiences, ticket prices, etc., are all barriers to a night out with your fave band.

But when the time and the show are right, you know you need to get out there. Not just for yourself, but those around you (to support the arts/artists and everyone working for them).

I know everyone reading this remembers their first show, whether it was a debacle or something they loved.

For example, I promised my stepson that I would take him to see a big rock show when he was a kid. That show was Mötley Crüe and Alice Cooper when their farewell tour hit Jacksonville on Oct. 19, 2015.

Years later, when Mötley Crüe’s movie the Dirt was lighting up Netflix, Reid got to tell his friends at FSU, “yeah, I saw them once.”

As I look back on that night at the Summit with my family and ZZ Top, I am thinking the same thing, “yeah, I saw them once, and it was flippin awesome.”

You can see the Summit in the ZZ Top documentary on Netflix; we watched it Saturday (I give it 10 stars out of 10).

Be safe out there, have a great summer, and we’ll get back to you with more technology columns and some college football in the coming weeks.

Blake Dowling is the CEO of Aegis Business Technologies, host of the Biz & Tech podcast, the author of Professionally Distanced: All Access stories from a Florida business during the 2020 pandemic. He can be reached at [email protected]. 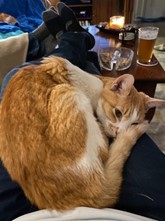 This column is dedicated to my fallen comrade.

When I was 27 years old and wrapping up my career in the music business, my fave outlaw Mary Pat Desloge brought George Lewis to the door at my condo in Atlanta.

Twenty years later, he has sung his final number and has left for heaven.

He was my constant companion and never left my side whenever I was home — cheers to ya’ for two decades of friendship (I guess that makes me 47 now).