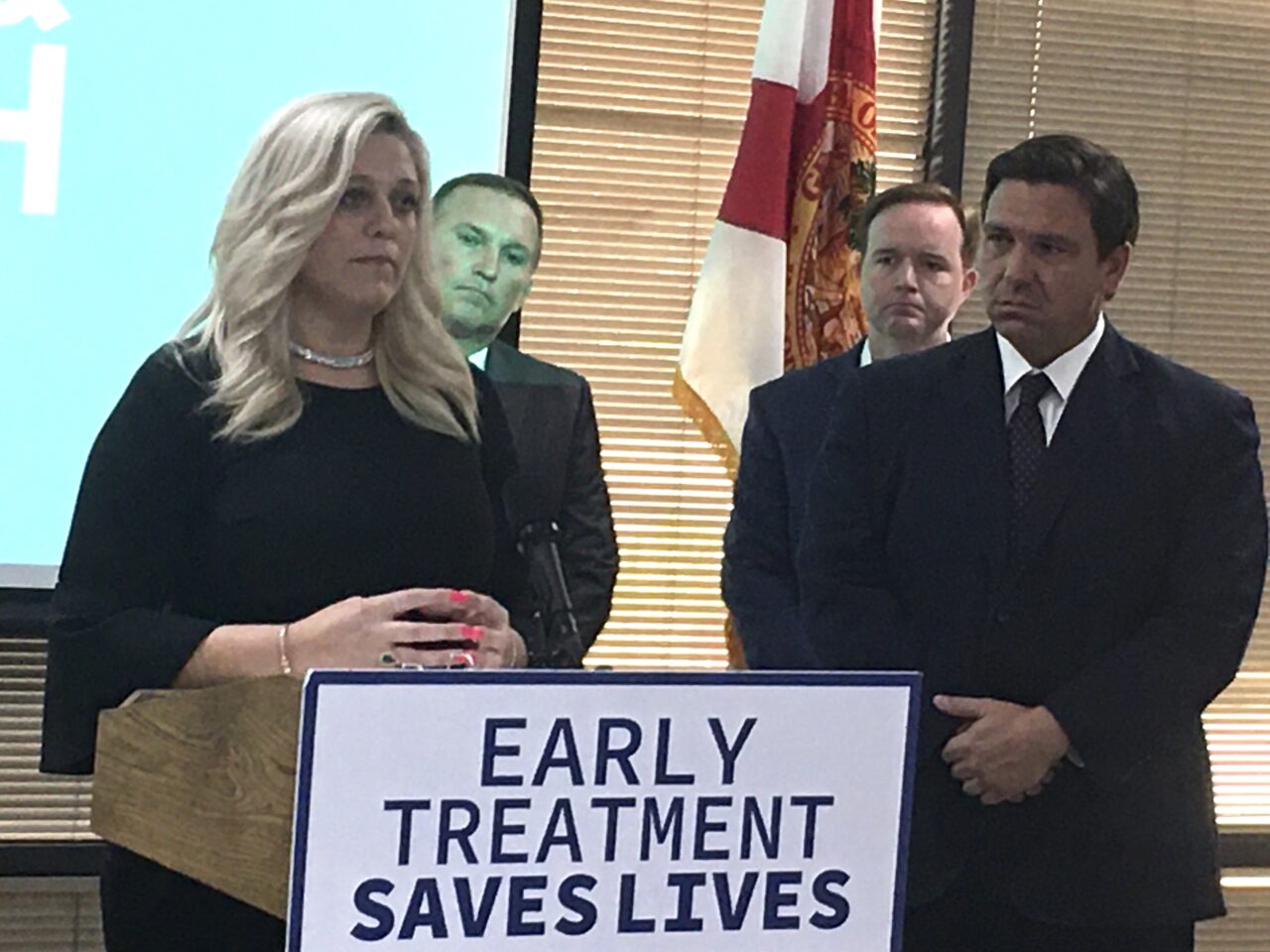 The Governor appeared with a COVID-19 survivor.

Standing aside the Jacksonville Mayor and GOP legislators, Gov. Ron DeSantis touted positive metrics and progress in Jacksonville’s bout with the latest wave of COVID-19, and presented a story of recovery that would not have happened without state intervention.

Hospitals have been crushed for weeks, with emergency rooms and ICUs pushed beyond capacity.

But on Monday, DeSantis, freshly returned from a fundraising trip to New Jersey, shared the good news at the Florida Department of Health by introducing a Jacksonville resident, Toma Dean, who says her life was saved by timely monoclonal therapy.

DeSantis noted that 30,000 treatments had been administered statewide so far, and Jacksonville thus far has seen the most. Those numbers aren’t surprising; Jacksonville was the first site in the state to have access to this therapy.

Yet Dean was a special case.

A photograph of her lying face down on the floor of the Jacksonville Public Library, repurposed for monoclonal treatment, went viral.

The DeSantis administration pushed back as recently as last week against the optics of the picture, noting Dean’s recovery.

On Monday, she was presented as living proof, and though she was not fully recovered, she was well on her way, she said.

Dean noted she was on “day nine” of her fight with COVID-19 and had endured multiple trips to the ER for hydration.

“I was headed for the ICU, headed for high-flow oxygen,” she said, “One or the other.”

Convinced to take the monoclonal therapy, Dean said the turnaround was quick.

Recovery continues, she said, but she credits monoclonal therapy with making a difference.

In recent weeks, Duval County has seen declines in case count (less than 5,000 in the last week), rates of positive testing, hospital beds used for COVID-19 patients, and ICU berths, according to records with the federal Centers for Disease Control and Prevention.