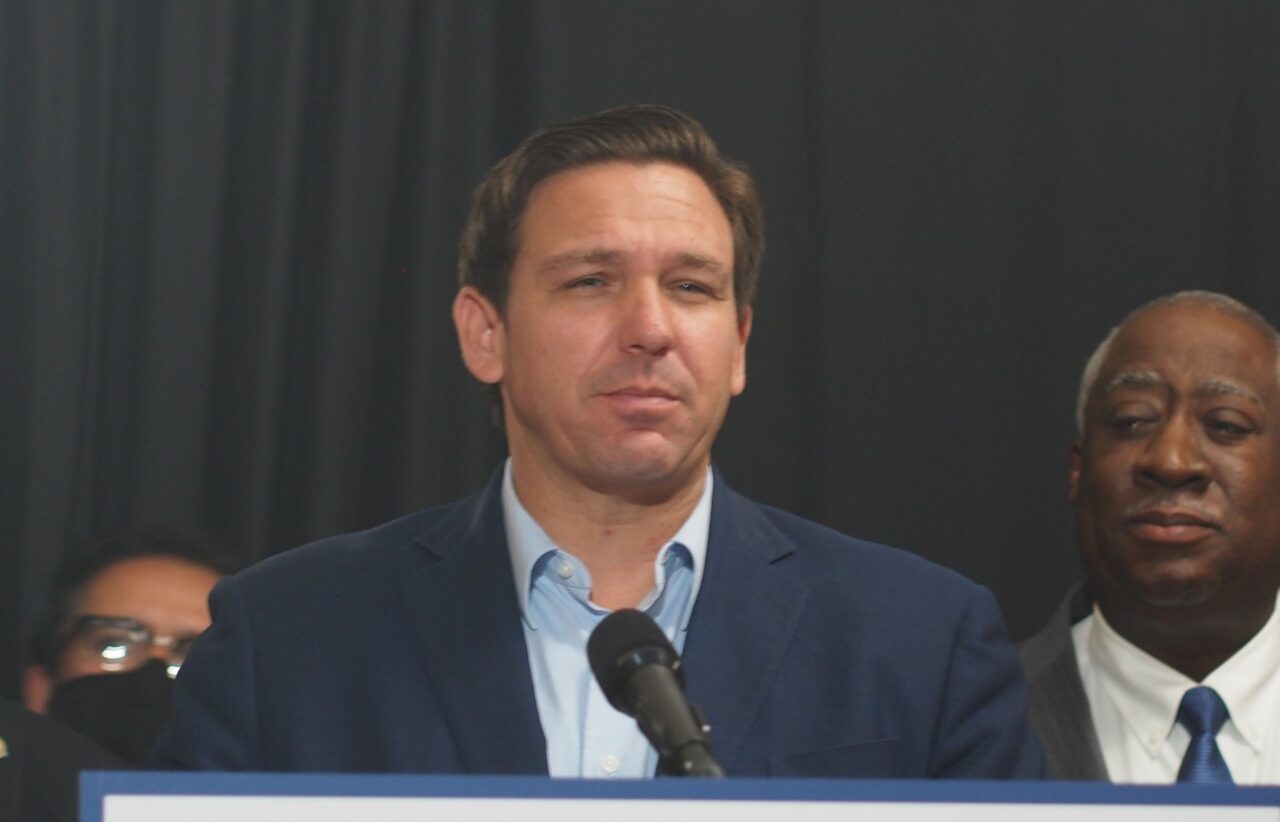 Texas took a novel approach with its law, helping it survive the Supreme Court's first check.

The new Texas state law bans abortions after a heartbeat is detected, around six weeks. Instead of posing criminal punishments enforceable by the state, a novel aspect to the law lets private citizens sue providers and anyone assisting an abortion for their role in the act.

Speaking in West Palm Beach Thursday afternoon, DeSantis was asked by reporters if he would support a Texas-style abortion law. He noted he is “pro-life” and called Texas’ approach “interesting.”

“It’s a little bit different than how a lot of these debates have gone, so we’ll have to look. I’m going to look more significantly at it,” DeSantis said.

In 2020, DeSantis signed a law requiring minors obtain consent from their parents before undergoing abortions.

Supreme Court precedent prohibits states from banning abortions before a fetus is viable, usually between 22 to 24 weeks. However, Texas’ law effectively bans abortions before many women know they’re pregnant because heartbeats become detectable around six weeks.

DeSantis noted the Supreme Court didn’t directly uphold the law. The majority, against Chief Justice John Roberts and liberal justices in a dissent, said abortion providers that requested the court pause the law had not met the high burden required for a stay, in part because of the way Texas’ law is enforced.

“The Texas law represents a new approach and the fact that the Supreme Court didn’t block it from taking effect is encouraging,” Simpson said in a statement.

“Abortion kills children and forever changes the life of the mother, the father, and the entire extended family. As an adoptive child myself, it’s important to me that we do everything we can to promote adoption and prevent abortion; therefore, I think it’s worthwhile to take a look at the Texas law and see if there is more we can do here in Florida.”

A spokesperson for House Speaker Chris Sprowls said the Speaker supports anti-abortion laws in general, including the possibility of a Texas-style law. However, Sprowls would first want to see the bill before endorsing it specifically.

“In Florida, we agree that killing an innocent human being with a beating heart is wrong. It is why we have worked every Session to strengthen protections for unborn babies, including those for unborn children with disabilities last Session, and it is why I am confident that those who share this moral view in the Florida House will continue the fight,” Sprowls said in a statement.

“We need legislators to focus on doing their job, supporting Floridians’ true needs, instead of trying to pass dangerous and unconstitutional abortion bans,” they tweeted.

“Floridians have a right to be concerned. Now that the U.S. Supreme Court has allowed the Texas abortion ban to take effect, it’s only a matter of time before Florida follows suit with similar legislation. In his effort to pander to the farthest-right contingent in the (Donald) Trump universe, Governor DeSantis has already pledged his support to overturn Roe v. Wade and anti-choice legislation is a sure bet for his 2022 Legislative Session wish list.”

Simpson notes his “pro-life” stance goes beyond just abortion, including addressing contraception and child welfare reforms. Last Session, he put $2 million in the state budget to increase access for low-income girls and women to long-acting reversible contraception. But DeSantis vetoed that spending when he signed the budget.

“Providing approaches like (hormonal long-acting reversible contraception) give young people the opportunity to delay parenting without the trauma and carnage brought on by abortion, while investments in child welfare programs create an environment in our state where young parents can feel confident that there are options other than abortion and they will be supported in their decision to choose life for their babies,” Simpson said.