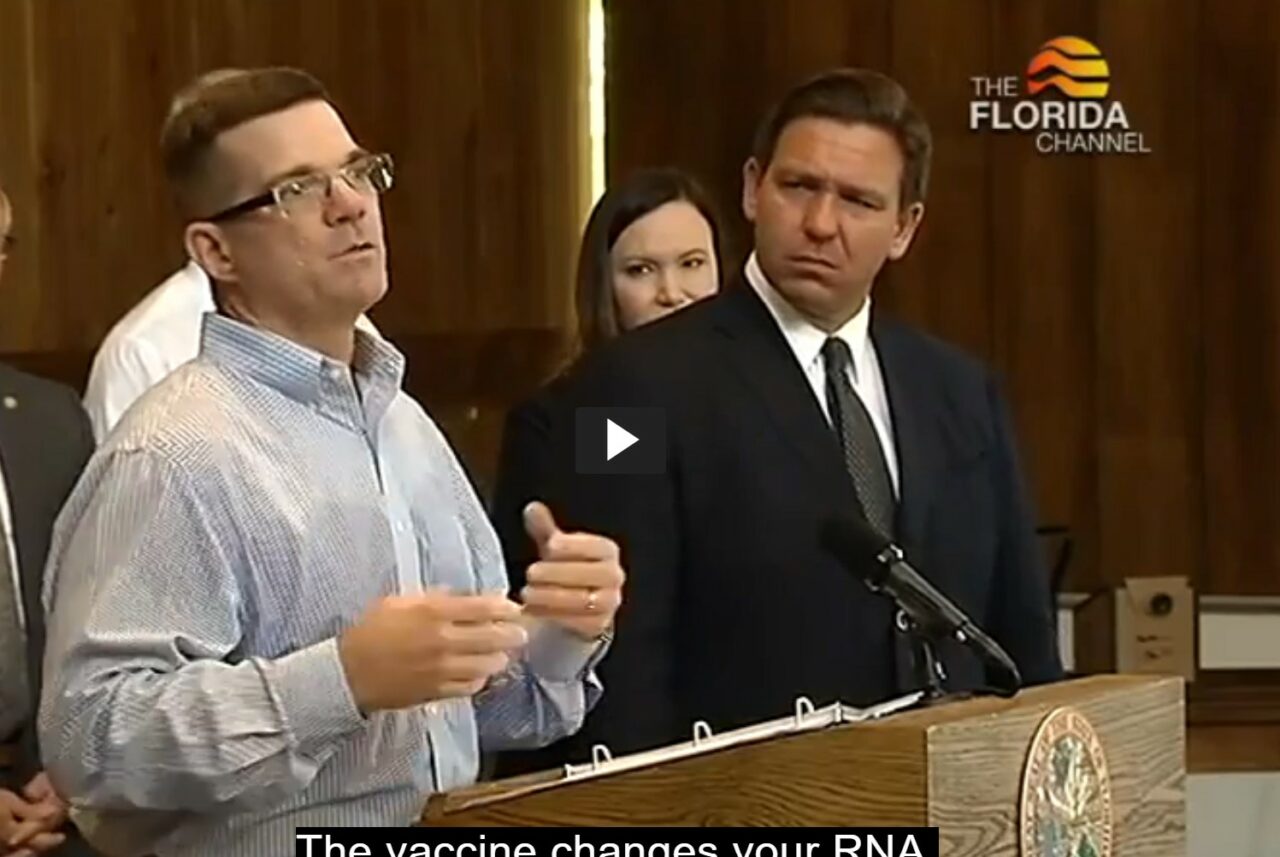 A Gainesville worker said vaccines alter your RNA. They don't.

After a speaker at a Gov. Ron DeSantis-headlined event made a false statement about vaccines, the Governor’s Office stressed his own support for shots. But nobody corrected the information at the event.

The controversial remarks came during a press conference in Gainesville where DeSantis threatened to fine local governments for imposing vaccine mandates.

At the event, Darris Friend, an employee at Gainesville Regional Utilities, spoke about his reasons for refusing a vaccine.

“The vaccine changes your RNA, so for me, that’s a problem,” Friend said.

That’s not true. As the Centers for Disease Control and Prevention makes clear, vaccines do not change an individuals’ core genetic material because they do not interact with the nucleus of body cells. The confusion seems to be around messenger RNA vaccines, including the Pfizer and Moderna vaccines. Those trigger creation of a protein that produces antibodies to protect individuals from the virus if it enters the system.

While mRNA vaccines are relatively new, the Johnson & Johnson vaccine is a traditional vaccine, not mRNA.

Several public officials stood alongside Farris as the statement was made, including DeSantis, Chief Financial Officer Jimmy Patronis and Attorney General Ashley Moody. While DeSantis visibly grimaced as Friend made his statement about vaccines changing RNA, nothing was ever corrected on the record.

DeSantis at the event stressed his support for employees pushing back against vaccine mandates. He introduced Friend as an employee eligible for retirement in a year and a half.

“Now he’s facing termination,” DeSantis said. “He could lose his pension, but believes that this is a matter of principle.”

“Moments ago, Gov. Ron DeSantis let someone stand behind the Seal of Florida and say: ‘The vaccine changes your RNA.’ It does not. No corrections. No shame,” tweeted Kevin Cate, a consultant for Democrat Nikki Fried’s campaign for Governor.

“Governor DeSantis has consistently said that vaccines work to prevent serious illness. They should be available for all and mandated for none. This position has not changed,” Pushaw said.

“The speaker whose remarks included that comment was at the press conference as a member of a lawsuit against the city’s extreme government overreach.”

Still, even in her post-press conference clarification, Pushaw did not correct Friend’s comment.