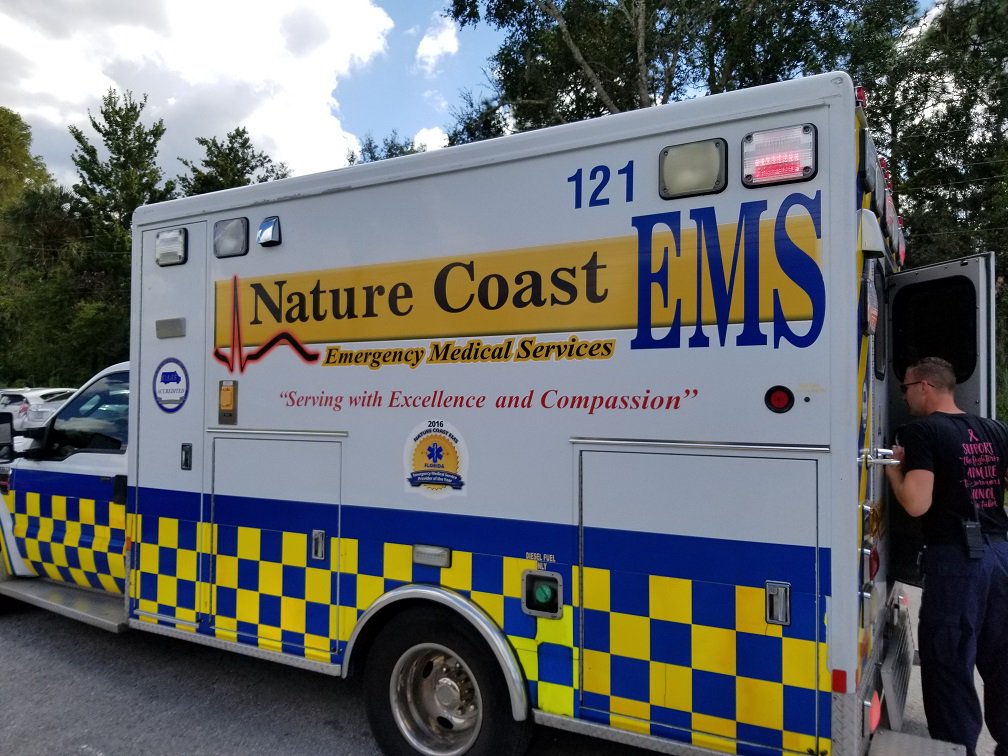 'If we’re going to get the blame, give us the responsibility.'

Citrus County ambulance service will return to County Commission oversight for the first time in more  than 30 years after Commissioners voted 3-2 Tuesday to take control Oct. 1 of Nature Coast EMS.

The vote came on a day when Nature Coast, the nonprofit ambulance provider in Citrus County for 21 years, sought to increase its annual subsidy from the contracted amount of $858,519 to $1.6 million.

Commissioners Holly Davis and Ron Kitchen Jr. said the EMS service belonged to the county, controlling its costs. Kitchen said he’d heard complaints from residents who blame commissioners for low wages, which is a Nature Coast EMS issue, he said.

“If we’re going to get the blame, give us the responsibility,” Kitchen said.

The county at the time agreed to increase the annual subsidy, and both parties said they were happy with the outcome.

In recent weeks, however, Baxter has told county officials his employees are flocking to neighboring counties that have increased the pay of paramedics and EMTs.

Board Chairman Scott Carnahan said the Nature Coast board should have seen that coming.

Carnahan appeared willing to give Nature Coast funding to continue as the county’s provider. Still, his repeated calls for a new EMS board composed of representatives from the county, cities and School Board was met with silence. Board Chairwoman Mary Hedges promised only to bring Carnahan’s request to the group, which meets Wednesday.

Kinnard, who voted no, said there was no reason to kick Nature Coast to the curb.

“We want a top-of-the-line EMS service,” Kinnard said. “We’ve got it.”

Commissioner Ruthie Schlabach also voted no, but said she favored EMS under county control in a planned-out manner, not rushed together in just two weeks.

“This is a knee-jerk reaction,” she said.

Davis said ambulances belong in the same category of other public safety government necessities, like fire and law enforcement.

“This feels philosophically like something that should be with the government,” she said. “They’re too critical to fail.”

All Nature Coast employees will be offered employment with the county fire services, which will oversee EMS, County Administrator Randy Oliver said.

nextSlow business travel to deliver $5.3B hit to Florida tourism