Florida’s property market and what needs to be done to fix it; a view from a ‘short timer’ 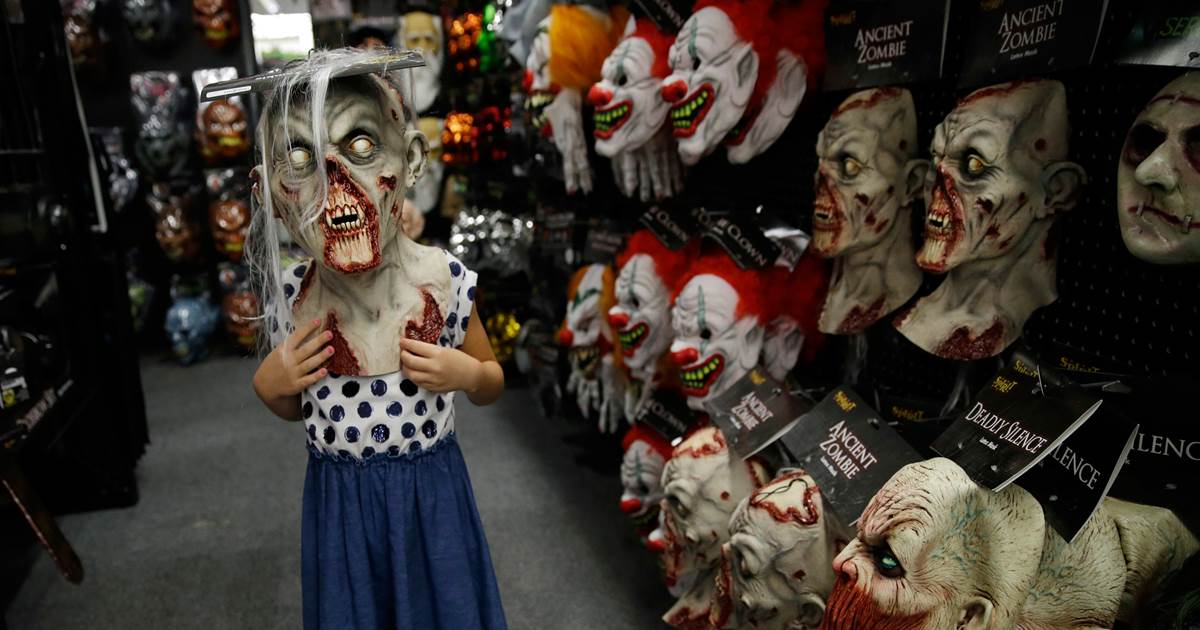 This year’s Halloween season is expected to be a treat for Florida retailers, according to data from the National Retail Federation.

Halloween is the second biggest retail event of the year, and data anticipates this year will be a comeback from the slowdown from the pandemic.

“You can already feel the energy and excitement among Florida retailers, with consumers in-store and online searching for items to make this Halloween one for the books,” Scott Shalley, president and CEO of the Florida Retail Federation, said in a statement. “When you’re selecting your costume, stocking up on candy, or loading up pumpkins, be sure to Find It In Florida! Support our local businesses and local jobs this scary season.”

Florida shoppers are getting an early start on their shopping for ghoulish goods. This year, 45% of consumers started shopping in September, and 39% plan to purchase their spooky supplies during the first two weeks of October.

Sixty-five percent of Americans intend to celebrate Halloween or participate in festivities — close to pre-pandemic levels. For 2021, those who plan on celebrating look forward to handing out candy (66%), decorating the home or yard (52%), dressing up in costumes (46%), carving pumpkins (44%), and hosting or attending a Halloween party (25%). 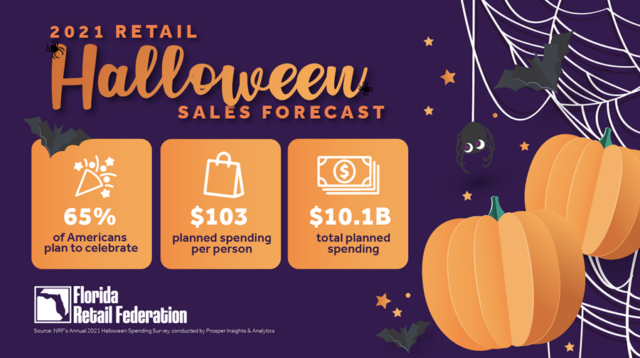 One-third of total Halloween expenditures, or $3.32 billion, will be on costumes, representing the highest forecast since 2017.

The most surprising turn this year is in the costume arena. Spiderman has dethroned the princess for top costume this year, pushing longtime favorite princess to the No. 2 spot. Broken down, 1.8 million people plan to don the red-webbed superhero suit, and 1.6 million are set on wearing a tiara.

Following the top two is a tie between Batman and general superhero costumes, with each category expecting 1.2 million.

As for furry friends, the pumpkin costume continues to reign as the most popular choice for the sixth year in a row, with 10% of shoppers opting for the classic look on their pets. After pumpkins, it’s hot dogs, then superhero and cat tied for third. In fifth place is a bumblebee, with 3% of shoppers planning on dressing their pets in black and yellow stripes.

nextFlorida to get $1.1 billion boost in Medicaid money