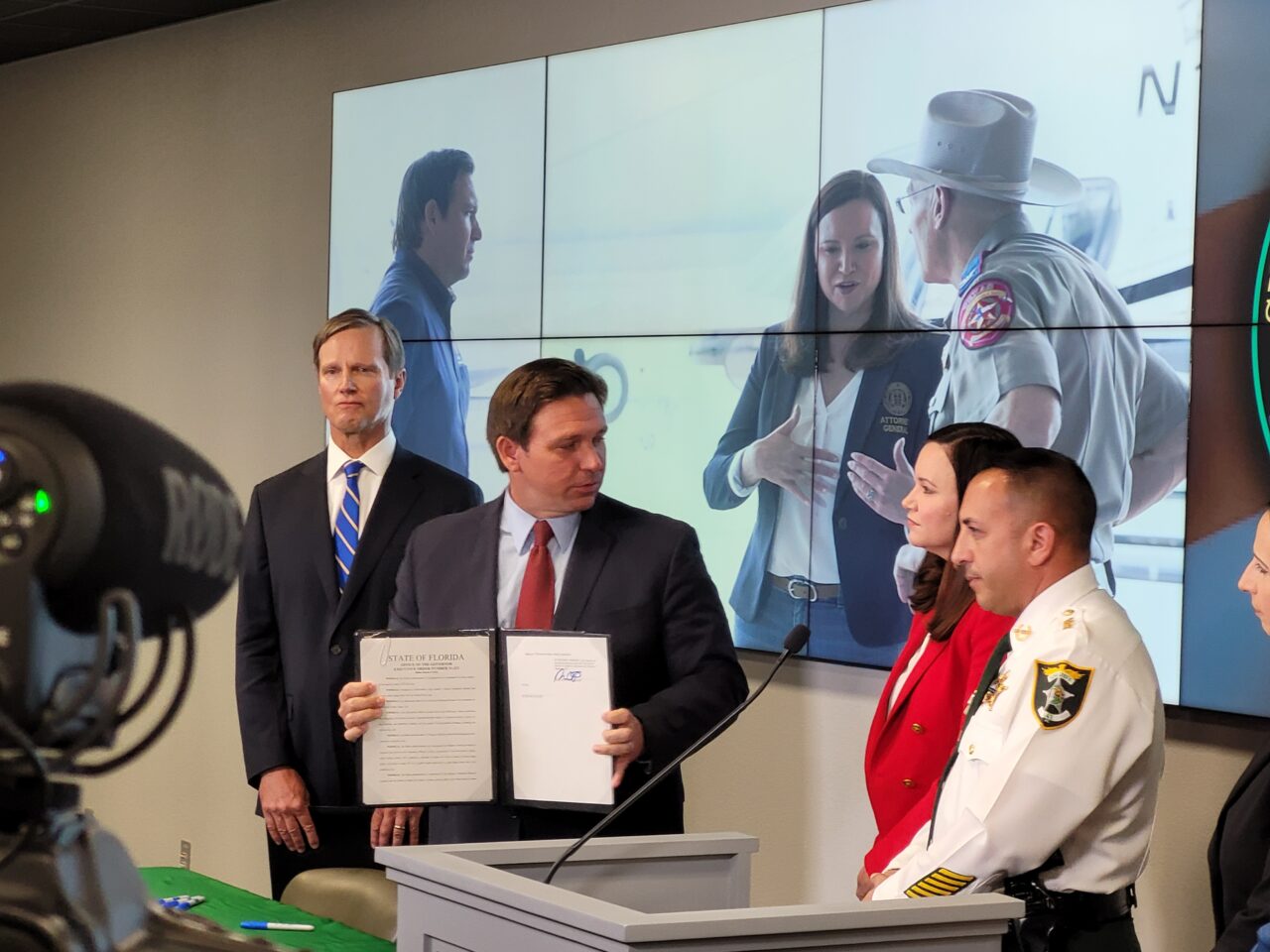 Two years after immigration hardliners expressed disappointment about an employment verification law, the new order sounds a lot like E-Verify.

And DeSantis told Florida Politics while leaving a Lee County press conference that, indeed, he would like stricter enforcement.

“We need to have E-Verify,” DeSantis said. “I want as much as we can get … absolutely.”

The text of the new order reads: “I request that the Commissioner of the Florida Department of Law Enforcement, in consultation with the Attorney General, conduct regular audits of companies doing business in the State of Florida, consistent with available appropriations, to ensure compliance with Section 448.095(3), Florida Statutes, which requires private employers to verify the employment eligibility of new employees. The Commissioner should prioritize audits of publicly traded corporations or companies with more than 200 employees that operate in sectors of the economy known for employing illegal aliens.”

DeSantis included the direction within a larger order that attempts to pressure President Joe Biden’s administration on immigration enforcement. That included forbidding state agencies from aiding in the resettlement of individuals illegally crossing the Southwest U.S. border in the state of Florida and demanding greater transparency about individuals released by the administration to the state.

The inclusion of employment verifications also taps into the immigration debate, inferring the federal government has looked the other way as employers offer low-paying jobs and spur illegal immigration into the U.S. But it also tackles a campaign promise made by DeSantis when he first ran for Governor in 2018.

“The order also requests that the commissioner of FDLE conduct regular audits of companies doing business in Florida, particularly publicly traded corporations and other large companies to verify that they are only employing lawful individuals,” DeSantis said at the press conference. “Additionally, the order request state agencies to collect and provide information concerning the impact of illegal immigration in Florida.”

The promise to require E-Verify be used to check if companies are hiring undocumented immigrants was met at some level by a law DeSantis signed last year.

Florida law now requires all public employers — such as local school districts, public universities and state agencies — as well as their private contractors to use E-Verify, a system run by the U.S. Department of Homeland Security. But private employers are not mandated to use the system unless they have a contract with a public employer or they apply for taxpayer-funded incentives through the state Department of Economic Opportunity.

Private businesses that do not use E-Verify will be required to keep a three-year record of the documents employees use to complete I-9 forms, which the federal government uses to verify workers’ identities and legal eligibility to work in the U.S.

But conservative critics said allowing the paper forms to serve as a substitute effectively puts private employers on an honor system. The information isn’t independently verified by cross-referencing the federal database.

Of note, Rep. Anthony Sabatini, a Howey-in-the-Hills Republican running for Congress who derided last year’s bill as “fake E-Verify,” filed a bill in July that would mandate all businesses, not just public employers and their contractors, use E-Verify. The current requirements only apply to 1% of the workforce, Sabatini said.

But Sabatini’s relationship with House leadership is widely considered frayed, and the bill hasn’t been scheduled for a committee vote to date.

There’s no Senate companion. Sen. Joe Gruters, a Sarasota Republican who worked closely with Sen. Tom Lee on the existing E-Verify bill, said he does not know of a new bill in the works.

“I will just say it’s pretty clear what the Governor did was to signal a commitment to mobilize all of the resources of the state against Biden’s border crisis,” said Rep. Spencer Roach, a North Fort Myers Republican. “That’s our primary duty to protect the lives and property of Floridians.”

“Our top priority is to focus on public safety,” she said. “I agree the Biden administration has failed us, and is not following the law. We need to step up and look at all potential avenues and policies that we can take up to continue to protect Floridians.”

Neither chimed in on the prospects of strengthening Florida’s employment verification requirements.