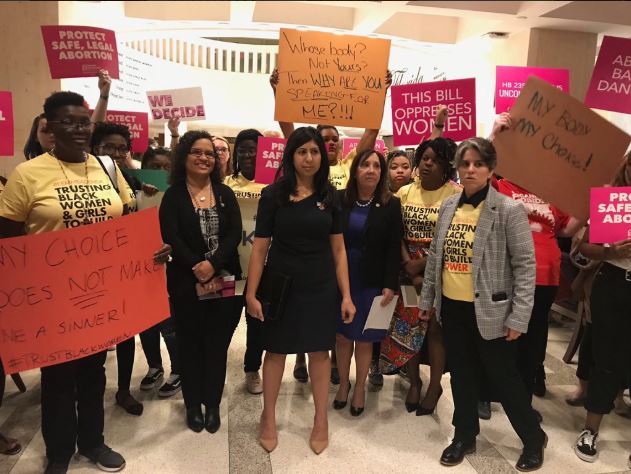 Orlando activists will take to the streets Saturday to participate in the national day of action to advocate for abortion access.

The March for Abortion Access Orlando, organized by Rep. Anna Eskamani, is set to kick off with speakers at 11 a.m. The march is expected to begin at noon, starting outside Orlando City Hall, 400 S Orange Ave. 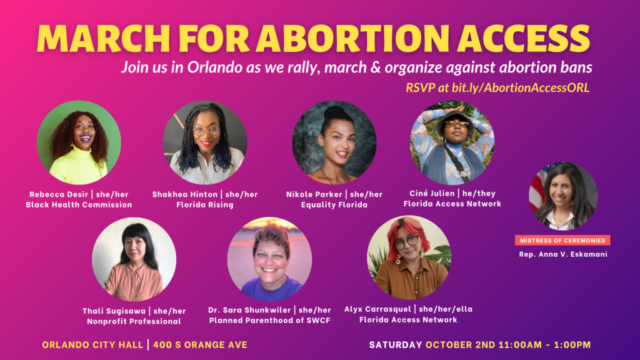 The rally is part of more than 600 events organized across the country in support of abortion rights as the Supreme Court preps to start oral arguments on a restrictive Texas abortion law.

At the start of September, Rep. Webster Barnaby, a Deltona Republican, filed legislation in the Florida House inspired by the Texas law that would ban abortions after a fetus develops a heartbeat. The bill (HB 167), like the Texas rule, circumvents abortion law precedent by putting the onus of enforcement on private individuals, not state law enforcement.

The legislation prompted outrage from the state’s leading Democratic leaders, who have vowed to stop the bill.

“Florida Republicans have awakened the state by their gross, anti-reproductive health agenda,” Eskamani said in a statement. “Today we’ll join thousands of others across the state to march against abortion bans and for reproductive justice. All people should be able to get reproductive healthcare that meets their needs throughout their lives and we’ll be making that message clear in the streets and in the Florida Legislature.”

The Orlando rally will feature a range of speakers that will discuss how to take action by contacting state lawmakers, breaking abortion stigma and getting registered to vote.

previousTakeaways from Tallahassee — A real TRIUMPH