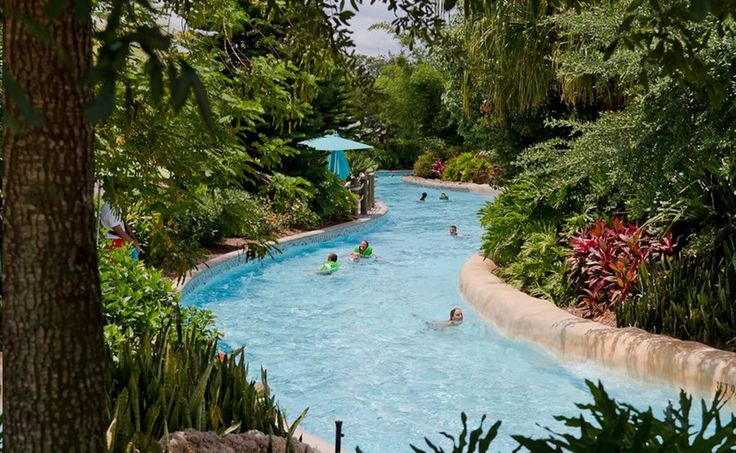 The incident was one of seven times a theme park visitor was hospitalized for at least 24 hours during the past three months.

A 69-year-old man was taken to a hospital last month after he pulled out of the water at an Aquatica Orlando river ride, unresponsive but still breathing, an Orange County fire spokesperson said.

The incident was one of seven times a theme park visitor was hospitalized for at least 24 hours during the past three months, according to a new quarterly state report where Florida’s largest parks self-disclose their guests’ most serious medical issues.

The man was taken to Orlando Health Dr. Phillips ER after the Sept. 28 incident, said Lisa McDonald, a public relations and outreach specialist for the Orange County Fire Rescue.

The man was rescued from Roa’s Rapids, a faster version of a lazy river that reaches a maximum depth of three feet, nine inches. The park’s website describes the water attraction as an “action river ride through the white waters of Aquatica” with “a roaring sea of high tides, swirling whirlies, and gushing geysers — all at speeds that leave ordinary river rides eating this one’s wake.”

It is unclear the man’s current status. McDonald declined to provide the man’s name, citing medical privacy laws. Orlando Health was unable to provide details of the man’s condition without his name, and Aquatica Orlando representatives declined to comment.

The state injury report said a man had been discovered “unresponsive” at the water ride.

Over the years, at least two visitors have died after they suffered medical emergencies while they swam in Roa’s Rapids. A 68-year-old British tourist died after he was found unresponsive in Roa’s Rapids in 2010. In 2017, a Georgia tourist in his late 50s who had prior health problems, died after he passed out in the water. He had been wearing a life vest at the time.

The new state report, which was released Friday, briefly describes other injuries that occurred at the theme parks from July through September.

A 47-year-old woman had an “ankle deformity” after she was hurt in July at the Dr. Seuss-themed play area, If I Ran the Zoo, at Universal’s Islands of Adventure. The report does not provide more details on how she was injured or how her ankle was deformed.

At the same park that month, a 7-year-old girl had “back pain” from riding Hagrid’s Magical Creatures Motorbike Adventure roller coaster.

At Disney World, two issues were reported in Animal Kingdom. In July, a 72-year-old man felt nauseous after riding the Expedition Everest roller coaster. Later in September, a 68-year-old woman with a pre-existing condition “felt lightheaded” after riding Avatar Flight of Passage, a 3D simulator that makes visitors feel like they are flying.

In September, a 70-year-old woman also fell leaving Epcot’s Journey Into Imagination with Figment and struck her nose.

A 36-year-old man had “leg numbness” on the Rambling Bayou tube ride at the Adventure Island Tampa Bay water park in September.

The Florida Department of Agriculture and Consumer Services releases the theme park injury report every quarter where the parks self-report all the times their guests were hurt or sick on a ride, requiring at least 24 hours of hospitalization.

The report, however, does not provide many details on what caused the injuries or much insight into the injuries themselves. In recent years, the parks have occasionally downplayed the extent of visitors’ injuries, making it hard for the public to know what happened. For instance, a tourist broke his neck and was paralyzed going down a waterslide in 2019 at Universal’s Volcano Bay, according to a lawsuit he later filed. When Universal self-disclosed the man’s injuries on the state’s injury report, they were described as “numbness.”

The Agriculture Department, led by Commissioner Nikki Fried, who is now running for Governor, did not respond to a request for comment this week to discuss whether any changes are being made to make the report more accurate.