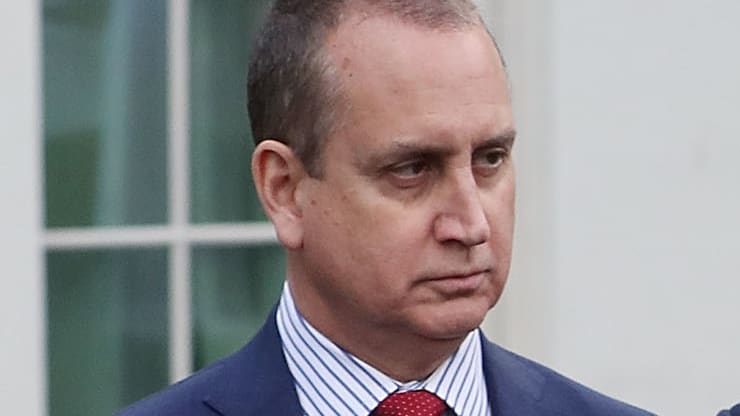 Díaz-Balart, the longest-tenured current member of the Florida congressional delegation, held about $1.33 million as of last month. That includes nearly $582,000 he received between July 1 and Sept. 30.

He also spent heavily over that stretch, expending nearly $209,000.

That’s more than gains so far among both his opponents, fellow Republican Darren Dione Aquino and Democrat Adam Gentle, whose combined cash on hand is about $66,000, according to filings with the Federal Elections Commission.

Díaz-Balart’s largest single donation of the quarter was a $10,000 check from the lobbying arm of Miramar-headquartered Southern Glazer’s Wine and Spirits. The company chair, Harvey Chaplin, donated $5,800. Southern Glazer COO Wayne Chaplin raised his total donations to Díaz-Balart this cycle to $5,700. His wife, Arlene Chaplin, with whom he founded the Wayne & Arlene Chaplin Family Foundation in Miami, gave $2,900.

The National Multifamily Housing Council, which represents businesses in the apartment industry, donated $5,000. The American Council of Engineering Companies gave $3,000.

Other industries that gave big to Díaz-Balart’s campaign included tourism and hospitality, trade and freight, technology and telecommunications, banking and finance, medical and pharmaceuticals, insurance, gasoline, agriculture, and automotive sales.

He paid nearly $32,000 to Washington, D.C.-based fundraising consulting firm Rose Strategies, and another $20,000 to the Voyageur Company for campaign mailers.

Díaz-Balart did not eschew stereotypical campaign indulgences. His ledger shows nearly $400 spent on Padrón Cigars Inc., a Miami-headquartered company that makes some of the finest and most highly rated smokes available stateside.

Gentle received just two donations larger than $2,000 between July 1 and Sept. 30, and both came from Michigan. One came from Lauren Studley, a lawyer with Farmington-based firm Giarmarco Mullings & Horton P.C. The other came from Alma business owner Ashley Bader.

An anti-corruption lawyer who would be the first openly LGBTQ member of Congress from Florida if elected, Gentle mostly received donations in the $50 to $500 range. Just five of 23 contributions he got from last quarter were more than $1,000.

Gentle, a first-time political candidate, has cited the Jan. 6 riot at the U.S. Capitol as a motivating factor for jumping in the race.

Díaz-Balart was one of a dozen Florida Representatives who voted to decertify the 2020 election results in Arizona and Pennsylvania. He also opposed a House measure to create a new commission to investigate the attack.

“Mario Díaz-Balart has been bought and sold like a used car in his remarkably unproductive 19 years in the House, so it’s unsurprising he has a financial edge,” Gentle told Florida Politics on Thursday.

It’s vital, Gentle said, that Democrats contest every Republican seat every cycle, no matter how deeply red they are.

“Otherwise, our democracy will never thrive,” he said. “We can’t pull people toward the middle if there is no counterweight. Díaz-Balart is going so far to the right, being pulled into the Trump madness, because he hasn’t had accountability on the other side of the ledger.”

Aquino is taking another swing at running for office after a rough showing last year, when he ran a failed campaign for Florida’s 19th Congressional District that saw him land eighth in a nine-candidate Republican Primary.

The founder of Advocates for Disabled Americans, Veterans, Police, Firemen & Families, a nonprofit based in New York City, where he ran for Mayor in 2016, Aquino moved to Naples in late 2019 and filed to run for Congress soon after.

The self-professed Ronald Reagan Republican has run an entirely self-funded campaign since filing last month to supplant Díaz-Balart in CD 25 next year. All payments to Aquino’s campaign and political committee, Aquino4Congress, are attributed to him, and all but $38 he transferred to himself recently came from carry-over funds from his prior campaign.

CD 25 covers all of Hendry County, most of Collier County and a northwest portion of Miami-Dade County, including the cities of Hialeah and Doral. Miami International Airport, the county’s largest economic engine and the nation’s busiest airport for international cargo, is also in the district.

The district leans heavily Republican and has reelected Díaz-Balart every election cycle since 2002.

nextCoronavirus is not Kathleen Passidomo’s first crisis, only the most recent