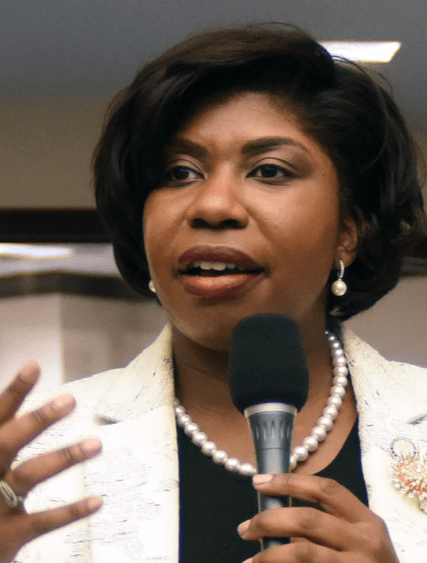 Brown has rolled in several endorsements from Democratic senators.

The endorsement is another major pickup for Brown, who perviously announced the backing of Democratic Sens. Lori Berman, Shevrin Jones, and Victor Torres.

“From legislative assistant to state Representative, Kamia Brown has worked diligently on policy that positively impacts her community and similar communities across the state,” Gibson said in a news release issued by Brown’s campaign. “Rep. Brown is tenacious, and is adept at working through the policy and budget process. She will be a great addition to the Florida Senate and it has been my pleasure to work with her on health care legislation over the years.”

Gibson’s nod also is an apparent disappointment for Democratic Rep. Geraldine Thompson, Brown’s new and formidable opponent in the 2022 SD 11 Democratic Primary. Thompson had invoked Gibson‘s name as a kindred lawmaker when Thompson announced her SD 11 candidacy two weeks ago.

SD 11, which represents most of western Orange County including western Orlando, Ocoee, Apopka, Winter Garden, Windermere, and much of Orlando’s tourist corridor, has a strong Democratic lean. The seat is opening because Democratic Sen. Randolph Bracy is running for Florida’s 10th Congressional District instead of for reelection.

No Republicans have yet filed to run in SD 11.

“For someone with nearly two decades of experience in public service to express her faith in my leadership is humbling,” Brown said in the release.

With a strong fundraising effort in September, Brown has raised $41,800. Her campaign entered October with about $33,300 in the bank. Thompson’s latest campaign finance report was for her HD 44 reelection effort. Through September she had raised $10,865, and had about $8,700 in the bank.

nextLast Call for 10.18.21 — A prime-time read of what’s going down in Florida politics