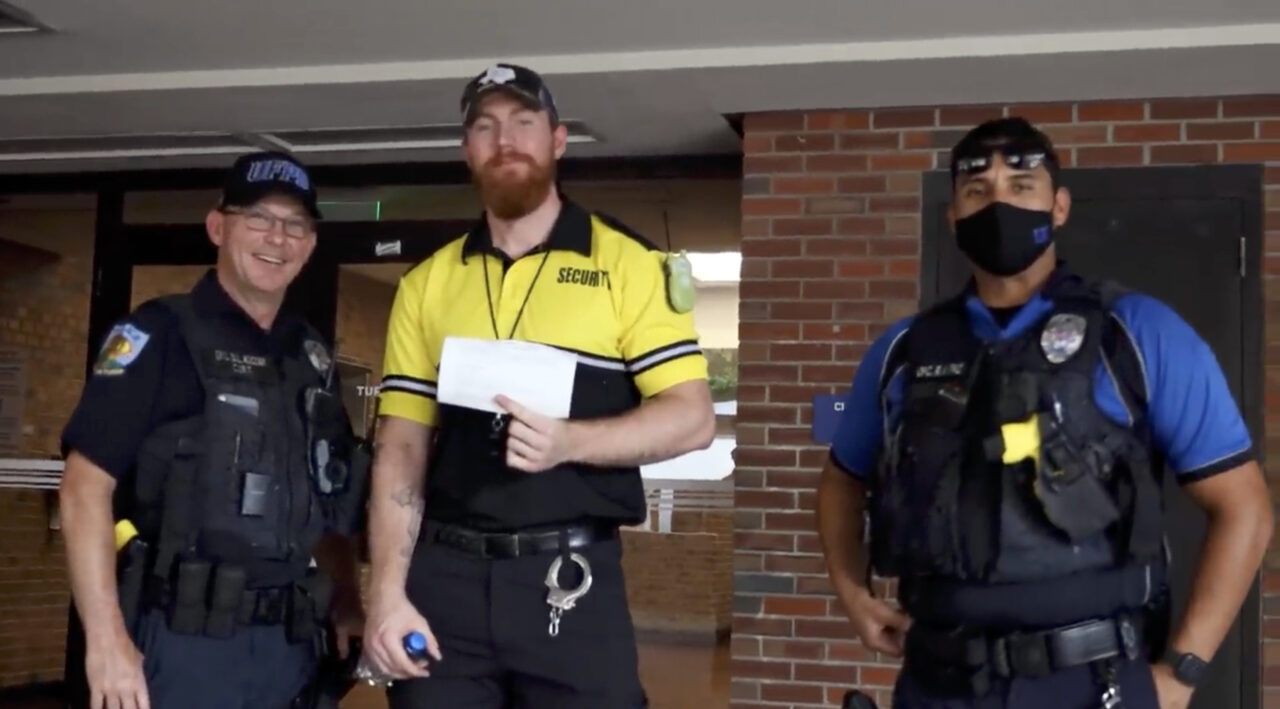 Prosecutors have filed a felony charge against an aspiring YouTube celebrity over a prank video showing him harassing University of Florida students and faculty while posing as a campus security guard.

Tanner Austin Williams, 27, of Palm Coast, was charged this week in Alachua County Circuit Court with falsely impersonating an officer, a felony punishable by up to five years in prison and a $5,000 fine if he were convicted.

The case involves a 10-minute YouTube video — seen by nearly 80,000 people before Williams removed it Tuesday — that Williams and another man recorded on Florida’s campus last month.

Williams said in an interview the video was harmless and a criminal case would be a “huge waste of time.” He said he intended to continue posting prank videos. He had not been arrested or booked on the new felony charge when a reporter interviewed him.

When a startled student confronted by Williams tried to call the real campus police, Williams shouted an expletive at him: “I am the cops. I am the … law,” police said.

The incident highlights the risks for a generation of would-be digital influencers who engage in eye-popping activities and post recorded evidence of their behavior online for publicity and fame. In this case, police said the video Williams posted helped convince them there was enough evidence to pursue a felony criminal charge.

Williams said in an interview he was unaware that prosecutors had filed a felony charge against him and asked a reporter to send him the court records.

After the incident, campus police ordered Williams off university property and warned that he would be arrested if he showed up at the school again for the next three years — then two officers awkwardly posed for selfies with him, the video showed.

“We encourage our officers to seek positive engagement with our UF community,” Capt. Richard Taylor said. “When this picture was taken, our officers did not know the extent of Mr. Williams’ actions on campus prior to that. Mr. Williams was very cooperative. He was not confrontational during this incident.”

The video showed Williams wearing a black-and-yellow shirt emblazoned with the word “security,” a two-way radio attached to his shirt and a pair of handcuffs hanging at his waist. He approached students inside a science library and blew a whistle to attract their attention. Williams said he was looking for a drug suspect he identified as “Rusty Shackleford” — apparently a reference to a one-time character on the now-canceled animated sitcom “King of the Hill.”

During the library encounter, Williams asked an unidentified student where he buys drugs. After leaving, he returned to announce Shackleford’s arrest. Williams put what appeared to be a marijuana cigarette to his lips, and lighted it before departing the building.

Part of Williams’ shtick is to lure unsuspecting marks into completing tasks or joining him to apprehend supposed criminals.

Also in the Florida video, Williams intercepted a man on a bicycle and ordered him to submit to a sobriety test. After completing a number of tasks, the frustrated man started to leave before Williams ordered him off school property.

Williams approached another student on a bench and told him “I need your help” and “You’re the only person who can save this campus.” The student fled and was chased by Williams before the student sought help in an anthropology department office.

The student told police he was in fear of Williams.

In the recorded encounter with university staff, Williams acknowledged being under the influence of drugs. When interviewed, Williams denied carrying any drugs with him during the prank.

Three officers were dispatched around 4:10 p.m. Officers located Williams 10 minutes later. A second call was in progress while Williams was detained.

Campus police said they smelled marijuana on Williams. They did not find any drugs when they searched him.

Williams’ encounter with actual police officers at the University of Florida appeared to help another school identify Williams and his cameraman as suspects in a similar stunt that occurred three weeks earlier.

On Oct. 9, Williams and his cohort, Sebastian Cepeda, 23, of Jacksonville, were arrested and charged in Duval County on misdemeanor charges of disrupting a school and breach of peace for interrupting classes at the University of North Florida. In the complaint, officers from the Jacksonville Sheriff’s Office said they were able to identify Williams and Cepeda thanks, in part, to the trespass order issued by UF.

Williams also faces a vandalism charge in Burbank, California, after knocking over baked goods while filming inside of a Walmart. In a video, published on YouTube on Aug. 30, Williams and his YouTube colleagues complained after that arrest that police had seized their video, preventing them from putting it online. 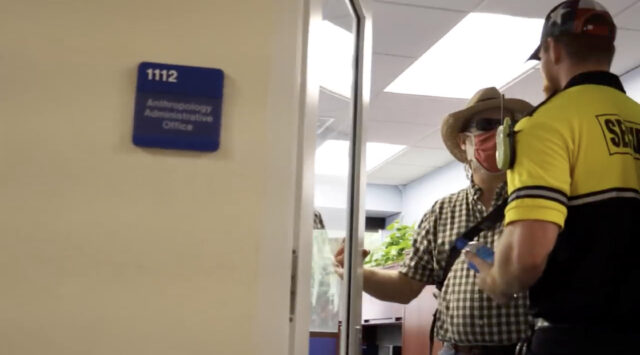 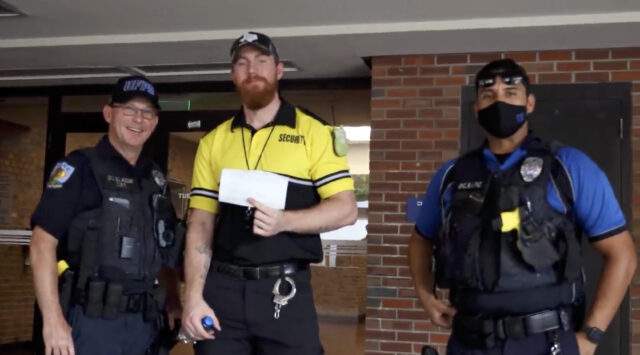 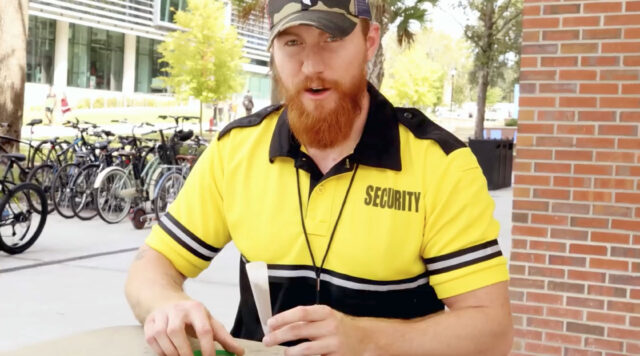 Reported by Maybel Cerrato; produced by Fresh Take Florida, a news service of the University of Florida College of Journalism and Communications. The reporter can be reached at [email protected].

This story was produced by Fresh Take Florida, a news service of the University of Florida College of Journalism and Communications. The reporter can be reached at [email protected]

previousLast Call for 10.26.21 — A prime-time read of what’s going down in Florida politics