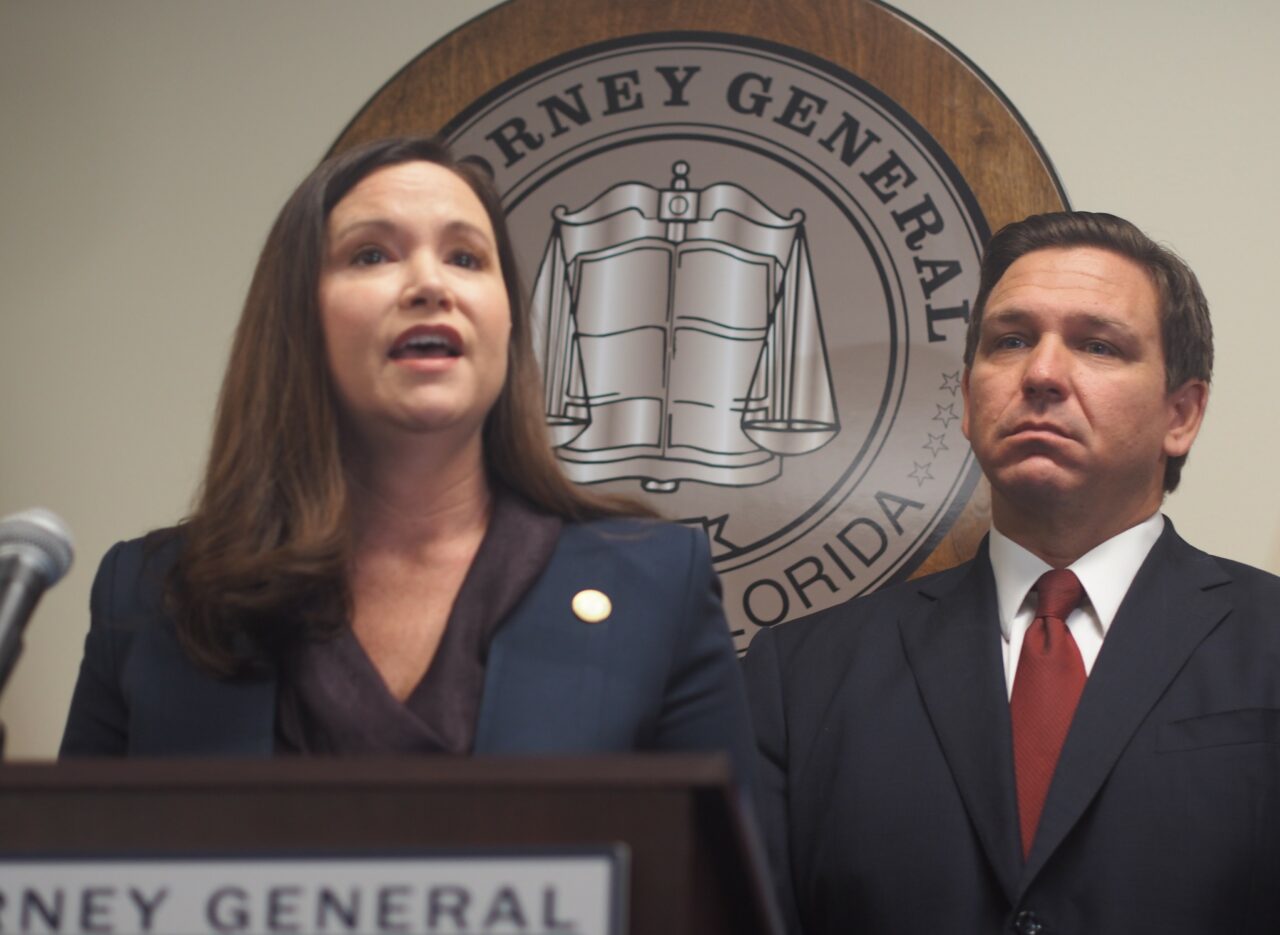 'We've gone from 15 Days to Slow the Spread to three jabs to keep your job somehow. Are you kidding me?'

Gov. Ron DeSantis announced the suit Thursday, telling reporters the state filed it in federal court in the Middle District of Florida that morning.

Biden’s order requires millions of executive branch employees and contractors who do business with the federal government to get vaccinated. Unlike the anticipated mandate for employees at businesses with 100 or more employees, which DeSantis and Attorney General Ashley Moody also plan to challenge, there is no weekly testing alternative.

“Just because you’re a business that has federal contracts, it’s not right for the federal government to come in and rewrite those contracts and then try to shoehorn this in,” DeSantis said. “And then if you don’t comply, you either have to fire people, or if you don’t comply, they’ll just cancel the contract entirely even though this is something that you bid for, and you won fair and square, that’s not the way we think business should be done.”

DeSantis expects the mandate on large businesses, which the federal government plans to implement through the Occupational Safety and Health Administration, to be overruled when OSHA announces it. While that order would affect more people, a failed challenge to the contractor requirement would disrupt the economy and come with more “bite,” the Governor predicted.

“You’re really putting these businesses in an impossible situation where they would potentially lose a lot of their contracts or a lot of their money that is able to sustain them,” DeSantis said.

Thursday’s lawsuit is the latest avenue DeSantis has taken against lockdowns and mandates, a position that has helped him emerge as a leader within the Republican Party. DeSantis has denied he is considering the White House in 2024, but polls show him as a possible front-runner for the Republican nomination if former President Donald Trump stays out of the race.

“We’ve gone from 15 Days to Slow the Spread to three jabs to keep your job somehow. Are you kidding me?” DeSantis said.

Moody said she was proud of DeSantis for repeatedly standing up to the Biden administration and “reminding them that this is not a dictatorship.”

“President Biden or his handlers don’t have the ability to control everything in this country,” Moody said. “We the states have rights, and our citizens have rights and freedoms.”

Moody said she was disheartened to see Biden “laugh about freedom” on national television. And she knocked the President for reversing course to adopt vaccine mandates after telling the public “our patience (is) wearing thin” with unvaccinated Americans.

DeSantis also plans to issue a proclamation calling for a Special Session next month to target both government and private business mandates. The Governor said he will sign that proclamation, including detailing what topics lawmakers could consider and the Session’s exact dates, later Thursday or Friday.

“The main course of business will be, make sure people are able to keep their jobs,” DeSantis said. “We are not going to deny people the ability to earn a living based on their decisions about an injection.”

nextGov. DeSantis defends Surgeon General: 'I think they're trying to politicize this'