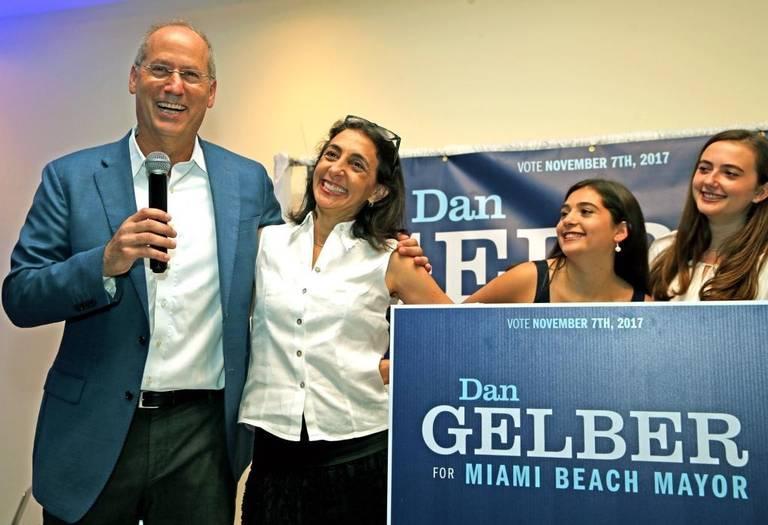 While the outcome isn't much of a surprise, Gelber faced a tough race.

After a tumultuous second term featuring a battle against the COVID-19 pandemic and heavy disputes over ongoing safety concerns in South Beach, Miami Beach Mayor Dan Gelber has survived a challenge and earned a third and final term leading the city.

According to Tuesday’s unofficial results, Gelber earned 62% of the vote, well over the 50%-plus one threshold needed to secure reelection.

“I want to really and almost entirely thank our residents,” Gelber said in a victory speech. “Nobody owns these offices. Nobody’s entitled to them. It’s up to the voters to decide, so I really want to let you know how grateful I am that you gave me another term and the privilege of serving you and the only hometown I’ve ever known.”

Echemendia is in second with 26%, followed by Eith at 5% with and Manessis and Gutierrez at 3%.

Gelber, a former state Representative, had the most seasoned political chops of the five candidates. Paired with a healthy fundraising lead, Gelber was the favorite to emerge from the crowded field Tuesday.

During his second term, Gelber pushed for the city to alter its famous South Beach nightlife district with the goal of shifting its focus to the arts. Gelber supported moving the last call for alcohol from 5 a.m. to 2 a.m., a decision Miami Beach voters also agreed with on Tuesday.

All four of Gelber’s opponents came out against the earlier last call.

The Mayor and multiple City Commission members argued an earlier alcohol cutoff time would help cut down on the increasing crime and rowdiness seen in South Beach in recent years.

The issue of crime was also a factor heading into Tuesday’s contest. A McLaughlin & Associates poll from August showed 53% of voters ranked crime and safety as the most important issues. A similar number — 52% — said Miami Beach was moving in the wrong direction. Gelber has pushed plans to address crime, which includes hiring more police officers.

Serving as Mayor during the COVID-19 pandemic forced Gelber to make some tough calls, including implementing curfews and other restrictions. Miami-Dade County was the hardest hit county in the state at the pandemic’s outset. Gelber also earned a national profile battling with Gov. Ron DeSantis. Gelber argued DeSantis was misguided in limiting local action to fight the virus.