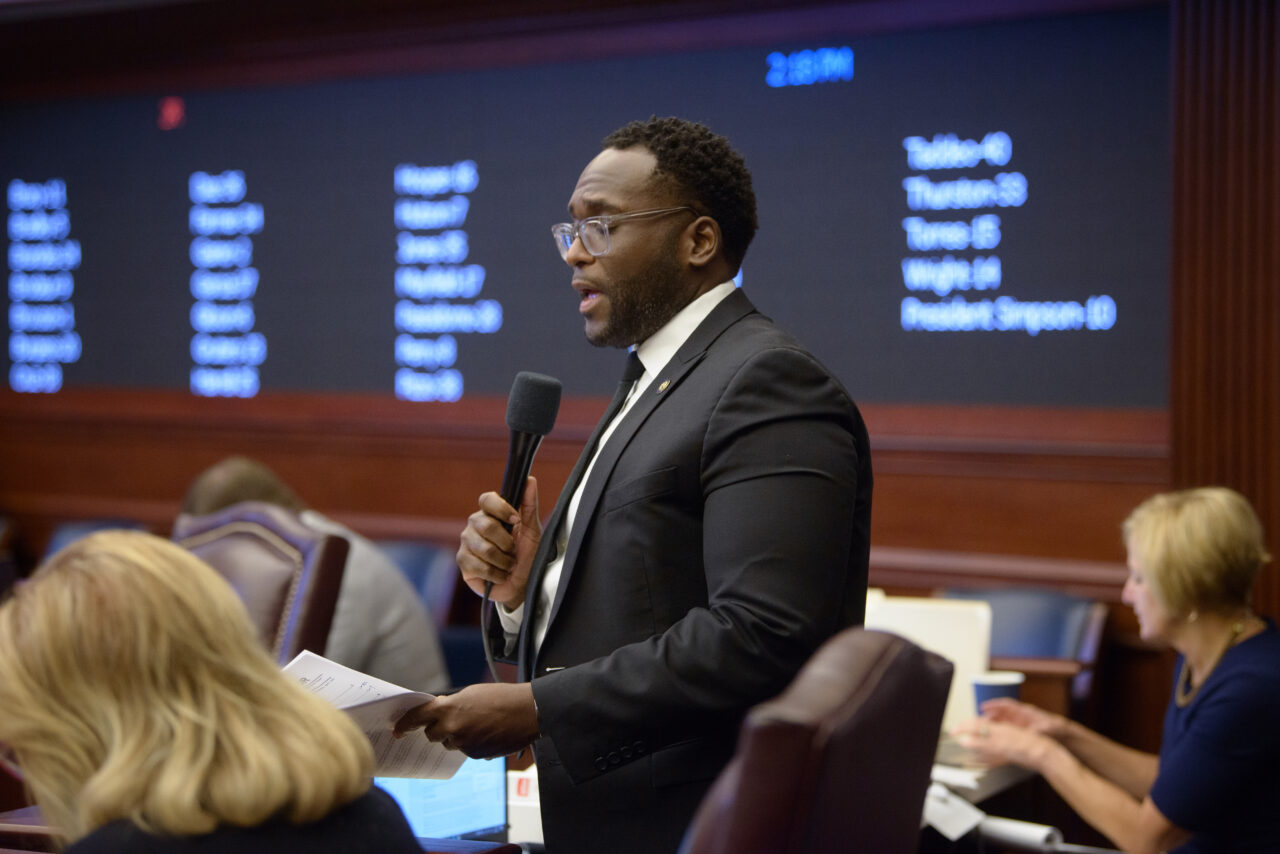 Jones will be at the White House Monday.

Jones, a Miami Gardens Democrat, called the bill a “once in a generation” piece of legislation.

“The bipartisan infrastructure package is a historic, once-in-a-generation investment in our people and the future of Florida,” Jones said in a statement. “From the roads and bridges we drive each and every day, to climate resilience, to our ports and waterways, to public transit and broadband connectivity, these long overdue improvements will have an incredible impact on daily lives, grow our economy, and create good-paying jobs right in our community.”

Congress approved a $1 trillion package of road and other infrastructure projects in early November, after Democrats resolved a months-long standoff between progressives and moderates.

I am looking forward to joining President @JoeBiden on Monday at the @WhiteHouse for the signing of the bipartisan infrastructure bill. This once in a generation legislation is truly the path to rebuild America, and I am honored to be able to witness it. #LetsGoBiden pic.twitter.com/phS2380Woa

The federal legislation would provide Florida with nearly $16 billion in state formula funds for highways, bridges and transit over the next five years. That funding is divided among $13.1 billion for highways, $245 million for bridge replacement and repairs and $2.6 billion for public transit.

The state would also receive $1.2 billion over the next five years for airport infrastructure, as well as $100 million for broadband coverage, including providing access to the more than 700,000 Floridians who currently lack it.

The legislation will also provide $1.6 billion over the next five years to improve drinking water infrastructure.

“The American Society of Civil Engineers gave Florida a “C” grade on infrastructure for 2021 — that’s not a report card my students would be proud to take home,” Jones said in a statement. “After years of empty promises from politicians in DC, it is finally infrastructure week.”

Jones will be at the White House after officially kicking off his reelection campaign for the Florida Senate on Friday.

A former Broward County educator and state Representative — he served in the House from 2012 to 2020 — Jones is executive director of Florida Reading Corp., an AmeriCorps program that uses evidence-based reading intervention strategies to ensure childhood literacy by third grade.

He’s also a history-maker as the first open member of the LGBTQ community elected to the Legislature.