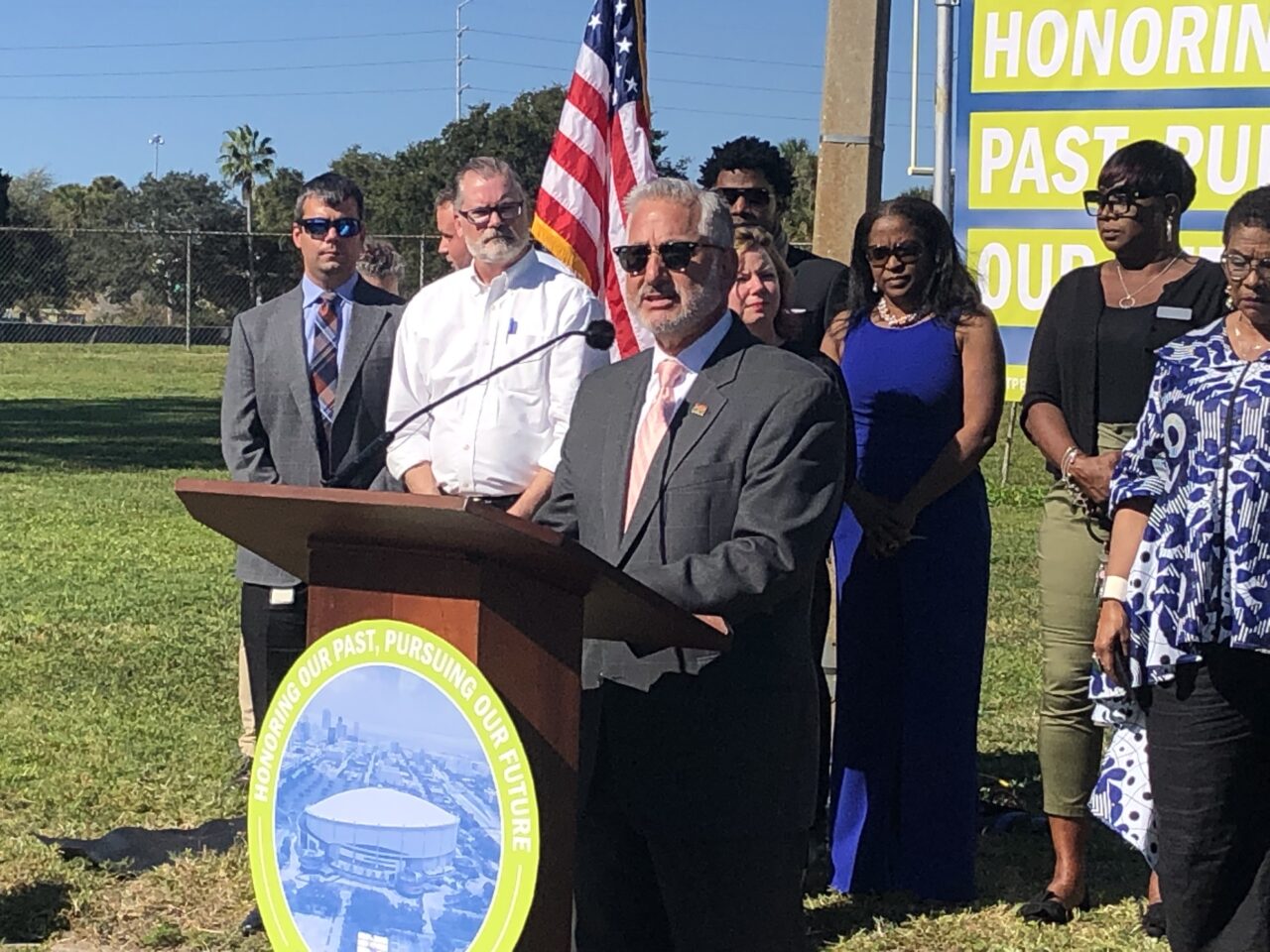 Kriseman will pass the torch to Ken Welch in January.

Florida-based Midtown Development proposed the site as a mixed-use neighborhood at a pedestrian scale, called “Creekside.” The city’s contribution would not exceed its already-budgeted $75 million under the Midtown plan, which also includes a commitment to pump $238 million into the city.

The development proposal also features a plan with a baseball stadium and one without, to account for the potential of the Tampa Bay Rays leaving the city when their contract is up in 2027. The property currently houses Tropicana Field, the stadium for the Tampa Bay Rays. However, the Rays have their sights on another stadium site in Ybor City.

“We’re continuing to meet with them,” Kriseman said of the Rays. “I think there’s a real opportunity here, in that we now have a developer selected, for us to be able to bring the Rays in and really talk some serious numbers with the team. Knowing who that developer is, I think, actually helps make it easier.”

The selection comes after a year of sorting through seven proposals from developers across the country that offered detailed redevelopment plans for the historic 86-acre Trop site.

“This project, the redevelopment of the site, it’s a generational project, it will transcend administrations,” Kriseman said. “I may be the first Mayor to hand this off. But I won’t be the last.”

Kriseman’s final recommendation comes in his last full month as Mayor, ahead of former Pinellas County Commissioner Ken Welch‘s inauguration on Jan. 6. Kriseman, who is leaving the office because of term-limits, said he decided to move forward with the final selection so that it was not politicized in the mayoral election.

“I’m fully aware of the time I have left at office,” Kriseman said. “But, it was important that I make this decision, not in the heat of any electoral contest, where it could be unnecessarily politicized thereby trivializing the importance of the decision.”

He added he has since had conversations with Welch about the project’s progress, and that the Mayor-elect honored his choice, although Welch told Kriseman he would also have to vet the group himself before moving forward.

“When all the facts were in, including learning who the next Mayor would be, and I am comforted by the conversations I’ve had with Mayor-elect Welch, he gets it, he knows we can’t start this process over,” Kriseman said.

Welch, who won the mayoral race in November against City Council member Robert Blackmon, released a statement on the selection.

“Mayor Kriseman has worked hard to develop thoughtful and promising plans for the future of the Tropicana Field site,” Welch said in his statement. “As Mayor, I plan to put the same amount of effort in evaluating those plans as well as new ideas and moving forward with a version that capitalizes on St. Petersburg’s incredible momentum and reconnects our community.”

As Kriseman hands off his recommendation to Welch, the new Mayor will be tasked with approving the development team and drafting a development agreement, which can then be brought before City Council for approval.