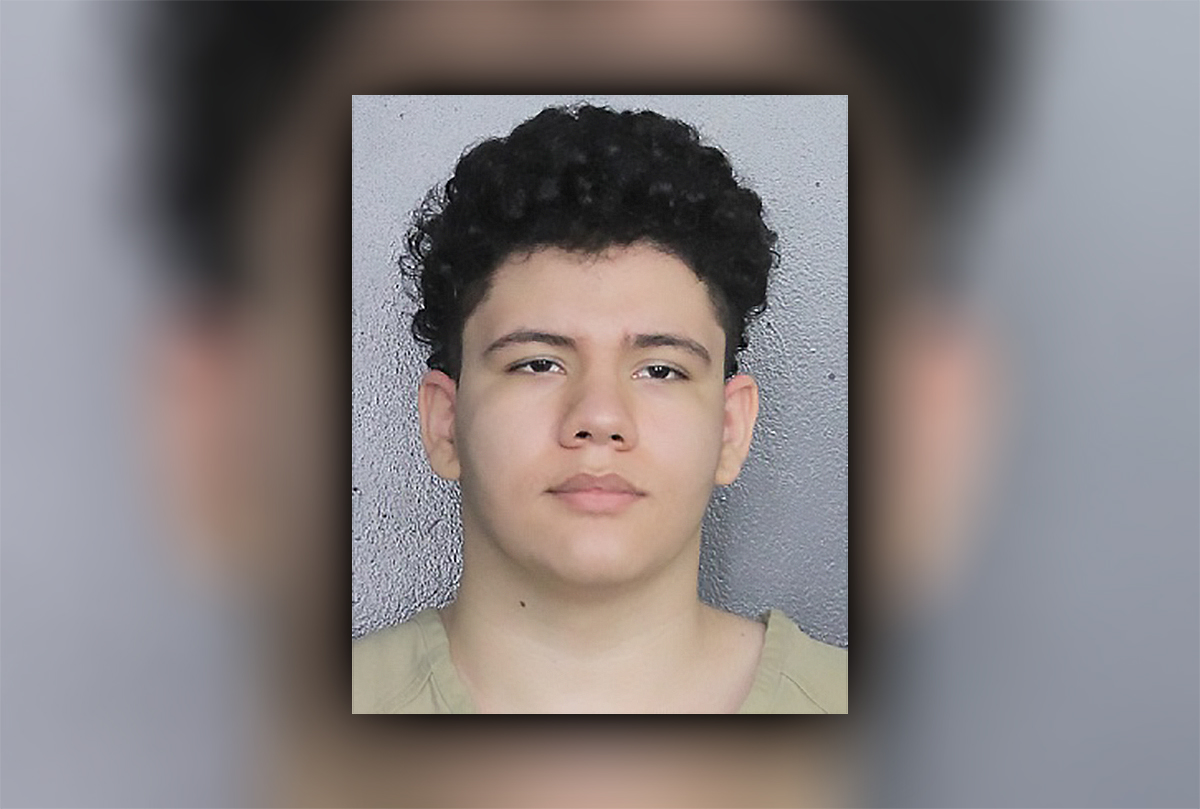 He was released on bail one day after his arrest.

Senate Democratic Leader Lauren Book was the target of cyberstalking, sexual harassment and extortion last month, including “distorted, fake and stolen images created in an effort to intimidate, threaten, and extort” her.

The attacks began three weeks ago. Book notified authorities immediately. Since then, she has been working with the Florida Department of Law Enforcement to track down those responsible, she said in a statement Thursday.

Police released him the following day on a $60,000 bond under the condition that he be electronically monitored, have no contact with Book and not have any access to the internet.

Kamperveen, a 19-year-old registered Democrat, faces one second-degree felony charge of extortion/threats and two first-degree misdemeanors for cyberstalking and harassment, according to the Broward Clerk of Courts, which lists Phillip Warkentien as the public defender assigned to his case.

Book, whose name is redacted in the Broward County Sheriff’s arrest report, told the FDLE she received numerous text messages from an unknown number. They included two photos of her with “exposed breasts.” Kamperveen allegedly threatened to “leak the photos to Fox” and that her “career would be over.”

Book told FDLE agents the pictures were of her breasts, which she took herself “and only shared with a close friend.”

Kamperveen also allegedly sent her pictures of female genitalia and a sexual act.

“My family and I are most grateful to law enforcement for their swift action,” Book said. “However, the investigation is active and ongoing to ensure that other individuals that could be behind these serious criminal acts that are targeting me are targeting me are apprehended and brought to justice.”

Book kept silent about the attacks and ongoing investigation because FDLE personnel made clear they needed it to remain private. She invoked Marsy’s Law to protect her identity as a victim, as provided in Florida’s Constitution.

But the law “has weaknesses,” she said, and “the ongoing investigation was released and my identity was revealed.”

Book released her statement after a Miami television station reported on the investigation, which the Broward Sheriff’s Department then confirmed involved her.

She thanked her “Senate family,” the Democratic Caucus she chairs and Senate President Wilton Simpson for maintaining her privacy and supporting her through the process before requesting that the public provide her and her loved ones time and space to process what happened.

“While I have dedicated my entire life to public service and have never shied away from speaking publicly about personal and private matters,” she said, “I am now asking for the respect of privacy for myself, my family — including my two very young children — and for the safety of agents involved in this ongoing case.”

In 2018, Book secured a stalking injunction against Derek Logue, a convicted sex offender who targeted Book since at least 2009 through obscene YouTube videos and a website dedicated to “exposing” her and her father, lobbyist Ron Book.

A year later, however, the 4th District Court of Appeal voided the injunction, ruling it violated Logue’s free speech rights and did not merit other Florida Legal requirements.

Book, who was sexually abused as a child by a nanny, is the CEO of  Lauren’s Kids, a nonprofit advocacy group she founded in 2007 to provide children of all ages with “the necessary tools to recognize safe and unsafe situations, avoid traps set by predators, and speak up if they feel unsafe or are being victimized.”

“True surviving does not begin until the perpetrator is out of the survivor’s life,” She said of her difficult road to recovery in a 2012 NPR interview. “My process was not an easy one… And survivors need to know that there are people out there that love them and care about them… that they can become true, thriving survivors and heal; and that we at Lauren’s Kids love and care about them. And we’re there — we’re here for them as a resource.”

Book has represented Senate District 32 since winning her seat in 2016. The district covers a western portion of Broward County, including Cooper City, Davie, Weston and Plantation.

In April, Senate Democrats expedited her takeover as leader of the minority party in the chamber by removing Sen. Gary Farmer in a vote of no confidence April 28. Book was set to succeed Farmer in 2022.

Book’s legislation is frequently marked by empathy. During the current Legislative Session, she has brought forth legislation to eliminate the sales tax on diapers, improve teacher pay, eliminate court-related financial obligations for minors, limit the use of mechanical restraints on students with disabilities, remove Confederate memorialization and increase public employee protections, including authorizing parental leave for state employees in the Career Services System who have a stillborn child.

nextMiami schools superintendent to be knighted by Spain