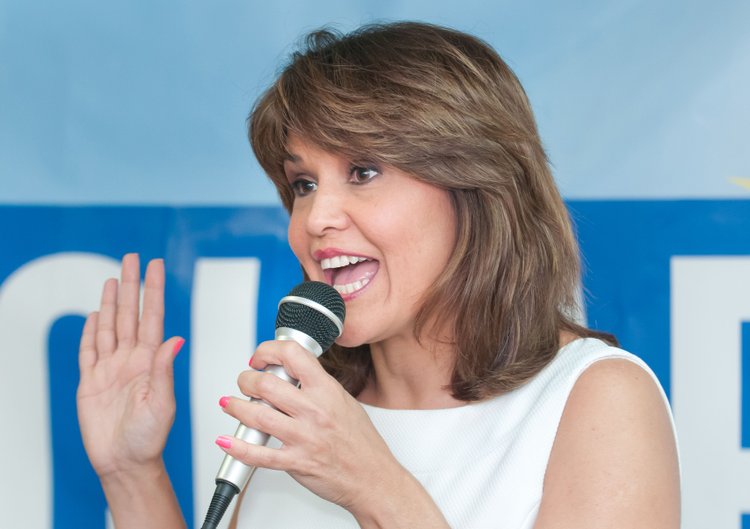 'Her track record of being a proponent for the hardworking people of Florida is unparalleled.'

Chambliss worked with Taddeo this year on legislation in Tallahassee to rename a main thoroughfare in the state Harriet Tubman Highway.

“(She) demonstrated she doesn’t just prioritize minority communities during election time, but she has stayed engaged with those same communities in and out of season,” Chambliss said. “Her ability to work with the different demographics of her current Senate District and build coalitions across racial lines proves that she is the perfect candidate to lead a state as diverse as Florida.”

Rangel, a veteran of the U.S. Army and Florida National Guard who represented House District 43 from 2012 to 2014, said Taddeo “embodies what it means to be a strong Democrat and Floridian.”

McDonald, who was among many prominent Miami-Dade Democrats to host a fundraising push for Taddeo in June 2017, called her a “strong advocate for the people.”

“Her track record of being a proponent for the hardworking people of Florida is unparalleled and exactly what this state needs,” he said.

As of Oct. 31, just two weeks into her gubernatorial bid, Taddeo held about $627,000 between her campaign and political committee, Fight Back Florida. In terms of fundraising, that places her far behind two other Democrats in the race: Agriculture Commissioner Nikki Fried and U.S. Rep. Charlie Crist, who served as Florida’s 44th Governor from 2007 to 2011. At the time, Crist was a registered Republican.

Both held about $3.2 million as of Oct. 31. That’s less than what incumbent Gov. Ron DeSantis added to his war chest that month alone. Altogether, DeSantis holds more than $66.7 million to defend his position as Florida’s top executive.

“Our coalition is growing and I’m proud to earn the support of these community leaders,” Taddeo said in a press note. “We are building a campaign that is people-centered first, one that will have the power to defeat Gov. Ron DeSantis in November.”