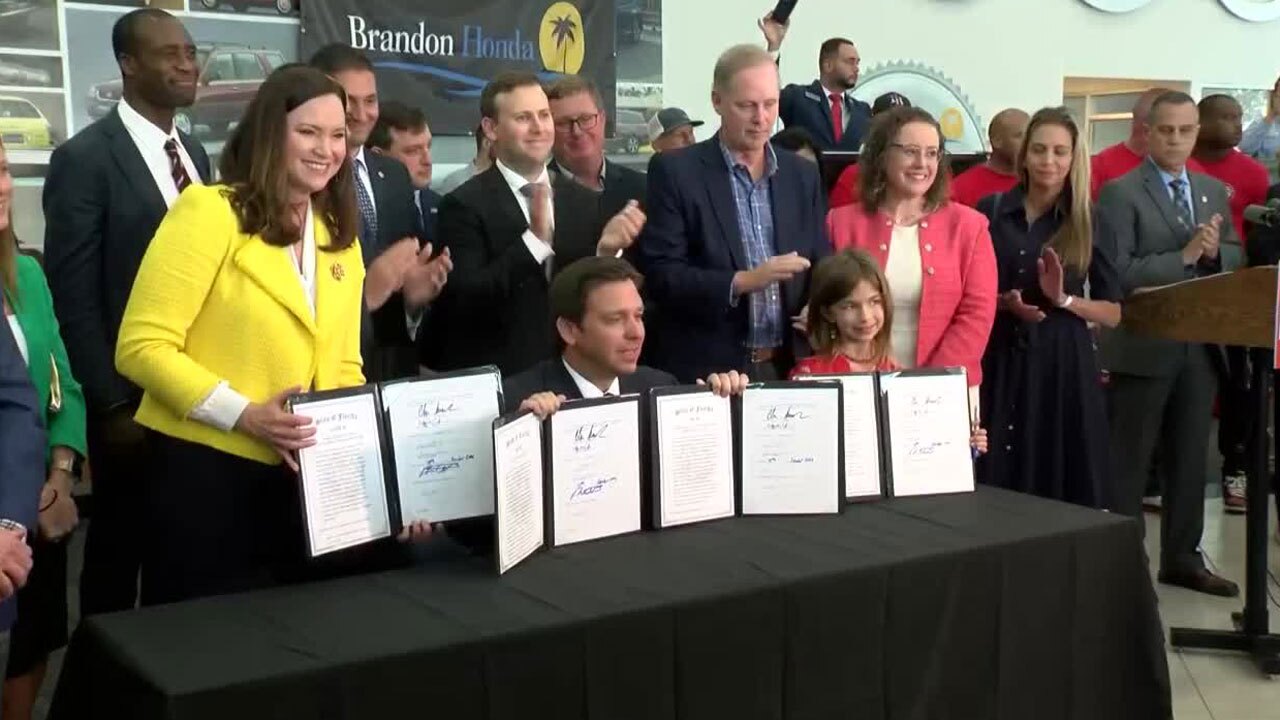 But it's unlikely to go anywhere.

To anyone wishing the gavel that opened the 2021 Special Session B never dropped on Nov. 15, Democratic Sen. Jason Pizzo has filed a bill for you.

On Monday, Pizzo actually filed three of them (SB 1230, SB 1234 and SB 1232). The bills would essentially undo the Special Session that was highlighted as cementing Gov. Ron DeSantis‘ “Keep Florida Free” agenda.

Pass the 166 lines of legislation and it would be like those three days and the ensuing gubernatorial signing in Brandon never happened.

None of the bills have House companions and it’s unlikely they would even get a glance in the Republican-controlled Legislature.

“Governor DeSantis’ leadership in the fight against unconstitutional COVID-19 mandates has saved the jobs and livelihoods of countless Floridians, just in time for this holiday season,” Pushaw wrote in an email response to an inquiry about the administration’s response to the legislation. “Nobody should lose his or her job over COVID vaccine mandates, and in Florida, our Governor has taken a courageous stand to ensure that won’t happen. We thank legislative leaders for their part in delivering on the promise to Keep Florida Free.”

The courts have not yet ruled on the constitutionality of President Joe Biden‘s federal vaccine mandates.

Pizzo could not be reached for further comment Tuesday. His three proposals would:

— Repeal prohibitions against employers requiring employees to get vaccinated and delete prohibitions on COVID-19 protocols in schools regarding face masks and quarantining. The legislation prohibiting mandates and COVID-19 school rules passed by comfortable margins.

— Allow the state health officer to order vaccinations in the event of a public health emergency. Legislation that stripped the Surgeon General of that power also passed overwhelmingly.

— End the effort to withdraw the state from the federal Occupational Safety and Health Administration. The legislation to start the process drew one Democrat’s vote.

Democratic Rep. Michael Gottlieb said he believes COVID-19 should have inspired a Special Session but not with the legislation that was passed. What passed was politicking against the Biden administration, he said.

The Legislature should have been addressing the courts’ eviction backlog, rental assistance, the unemployment system and the health care crisis, he said.

“We are not against freedom, but the safety, health and well-being of the community is what should dictate the law and policy,” Gottlieb said. In the Special Session, he added, “we didn’t address any of the problems facing Floridians.”

nextLast Call for 12.14.21 — A prime-time read of what’s going down in Florida politics