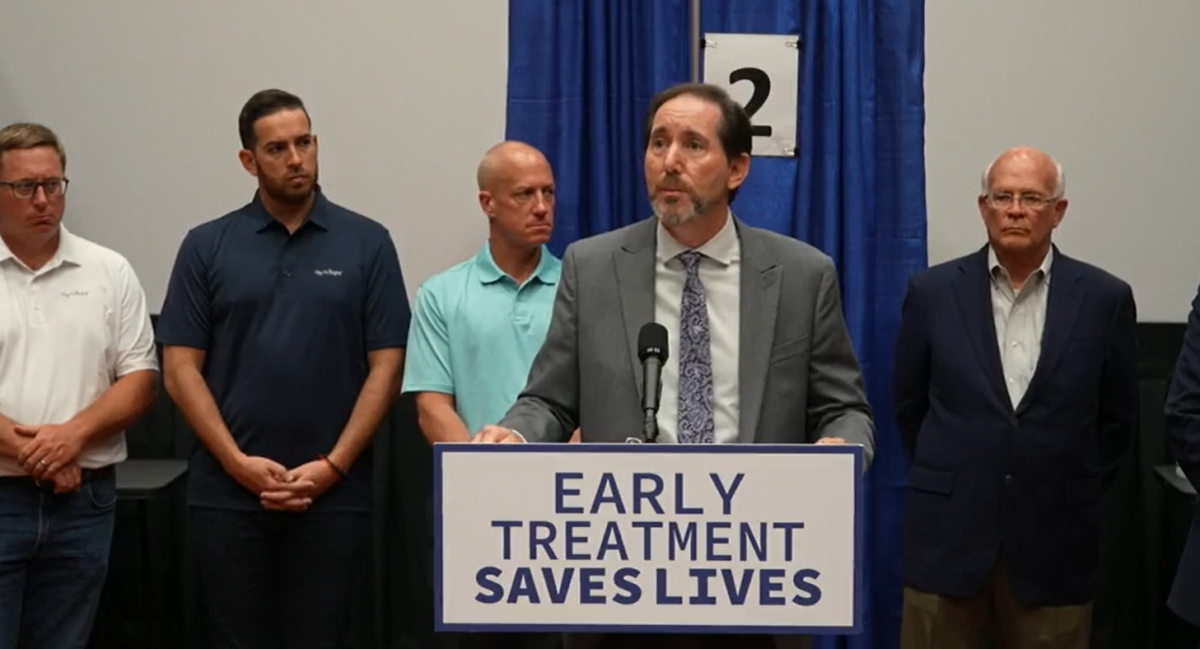 The Department of Health is expanding its leadership team with a new Deputy Secretary for Health.

Dr. Kenneth Scheppke became Deputy Secretary earlier this week, expanding his role at the Health Department. He had served the department as State Emergency Medical Services Medical Director since 2018. And since April, he doubled as Chief Medical Officer for the Governor’s Office’s Division of Emergency Management.

Scheppke grew his profile this summer, when he frequently appeared alongside Gov. Ron DeSantis to tout monoclonal antibody therapy as a COVID-19 treatment. During Florida’s delta variant wave, he helped the Governor cut the ribbon on monoclonal antibody treatment sites, where those infected could receive the lifesaving drug.

“I am honored to serve as the Florida Department of Health’s new Deputy Secretary for Health,” Scheppke said. “I look forward to continuing the Department’s efforts in building a healthier state for all Floridians.”

Scheppke received his medical degree from the Renaissance School of Medicine at Stony Brook University with focuses on emergency medicine and EMS. In his 25 years of experience in EMS, he has earned national awards, including this year’s National EMS Medical Director of the Year from the National Association of Emergency Medical Technicians.

Scheppke is a private pilot on the side, and he routinely volunteers to fly animals at risk for euthanasia to safe foster homes and no-kill shelters pending adoptions. He has also assisted in disaster relief following storms, including Hurricanes Irma, Michael and Dorian, delivering relief supplies when ground transportation was not available.

He will serve under Surgeon General Joseph Ladapo, DeSantis’ controversial pick to head the department.

“The Florida Department of Health is pleased to have Dr. Scheppke assume this new role. Dr. Scheppke has been and will continue to be a great asset to the Department and the State of Florida,” Ladapo said. “We look forward to his leadership and the vast experience he brings to the table.”

The Governor’s critics have targeted Ladapo for opposing COVID-19 mandates and hedging on the effectiveness of masks and vaccines. Senate President Wilton Simpson, a Republican, admonished Ladapo for declining to wear a mask in Sen. Tina Polsky‘s office at the Democrat’s request.

Ladapo’s refusal came despite Polsky telling him she has a serious medical condition. She later revealed that she has breast cancer.

“DeSantis and crew know Ladapo is a quack, there to push the right-wing stuff and validate his radical agenda. So they hired a REAL doc as Deputy to actually run (DOH) while Ladapo gets paid $430K to do nothing,” Smith tweeted Tuesday.

previousArthenia Joyner: On broadband, Congress has a chance for to show it can still govern