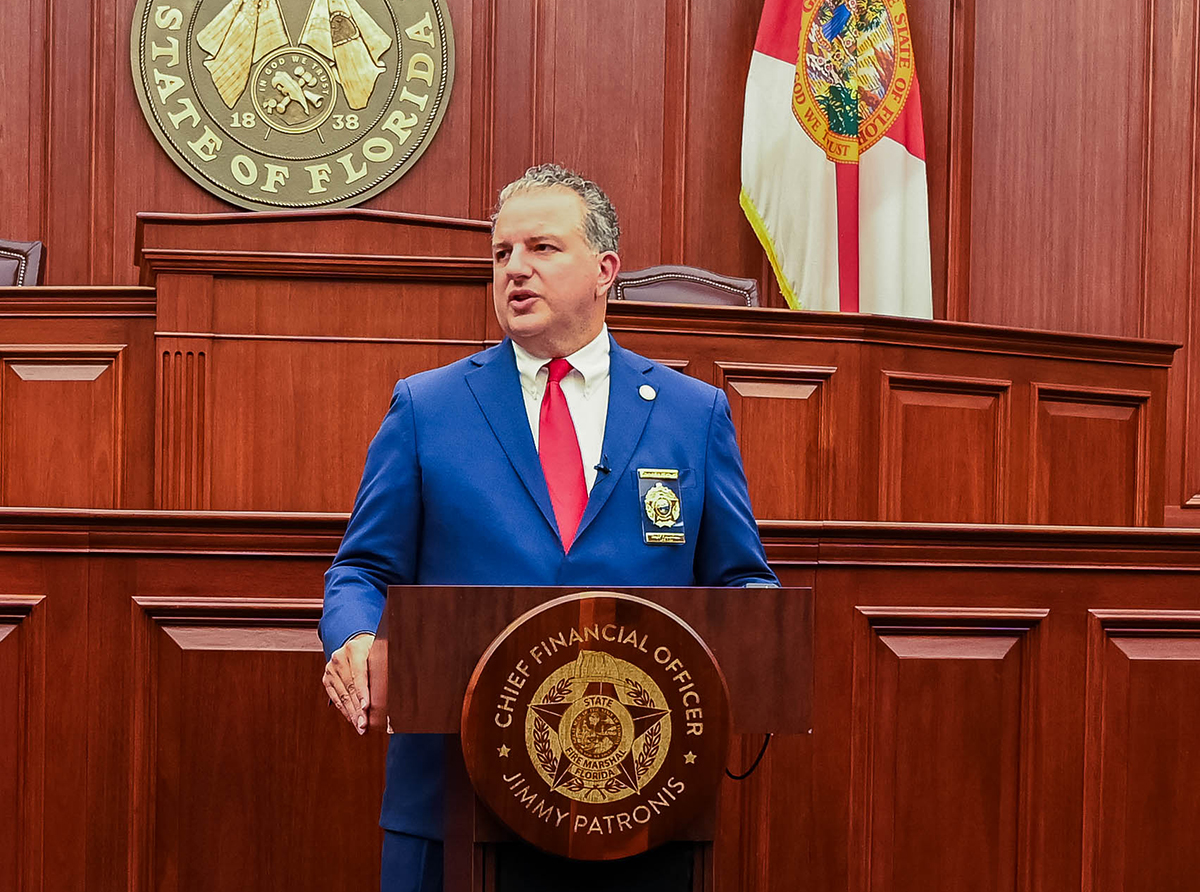 Targeted at Anthony Fauci and others, the record request is part of a larger inquiry into President Joe Biden's handling of a post-infection treatment.

Chief Financial Officer Jimmy Patronis is seeking answers as to why the administration of President Joe Biden throttled shipments of monoclonal antibodies to Florida.

Patronis on Wednesday filed a record request about a slew of federal leaders, asking for any correspondence about the coveted post-infection treatment.

He is also seeking public records containing conversations about Gov. Ron DeSantis, podcaster Joe Rogan and Fox News host Tucker Carlson, among more than a dozen figures, state agencies and news outlets. Those three, notably, are among the more outspoken critics of the federal government’s handling of the COVID-19 pandemic.

“If they’re conspiring to hold back lifesaving drugs, we’ll find out,” Patronis tweeted.

Florida was among the first states to emphasize the treatment to residents. DeSantis traveled statewide alongside doctors last year, touting the treatment and its results.

In recent months, however, states including Florida have blasted the Biden administration for reducing federal supply of the drug.

Monoclonal antibodies, like those manufactured by Regeneron, are lab-created antibodies used to mitigate COVID-19 symptoms and complications.

“I’ve gotten fed up with the Biden Administration’s war against COVID treatments,” Patronis added. “I’ve got around 2,000 employees I am responsible for, and I am the state’s Fire Marshal helping to support Florida’s 45,000 firefighters.”

Patronis isn’t alone. Amid a spike of omicron cases, DeSantis and Surgeon General Joseph Ladapo have also voiced frustration about the lack of monoclonal antibody shipments. They and other state leaders have marched across Florida in recent days, urging the Biden administration to ramp up supply.

The feds announced plans Tuesday to send 30,000 to 40,000 doses of monoclonal antibody therapy to Florida, marking a victory for DeSantis and company.

Democrats have long criticized the Governor’s emphasis on early treatment. They instead argue DeSantis should focus more on the state’s vaccination effort among other measures such as masking and testing.

Patronis noted the ideological tug-of-war in his announcement. He characterized the Biden administration as “obsessed” with vaccines and masks.

“I like vaccines, too! I got mine,” Patronis said. “But I am seeing A LOT of breakthrough cases by people who love the mask and got the shot. And when do these boosters end? Ever?”

He continued: “Seems like the early treatments that (DeSantis) is pushing is a good idea to keep folks out of the hospital, but the Biden team just isn’t serious about it. They give out some, and then they take it back. What gives? It’s not priority to them. WHY?”

Some early tests suggest monoclonal antibodies are less effective against the rapidly spreading, yet seemingly less potent omicron variant. Proponents, however, argue the treatment is still useful against the more powerful delta variant.

Nearly 2% of all Floridians had COVID-19 in the past week, though scientists say many infections caused few or no symptoms — a factor that suggests case counts are no longer a fair measurement of virus’s impact.

Ladapo on Tuesday suggested COVID-19 testing should prioritize the vulnerable, rather than the more healthy.

A copy of the record request is featured below. 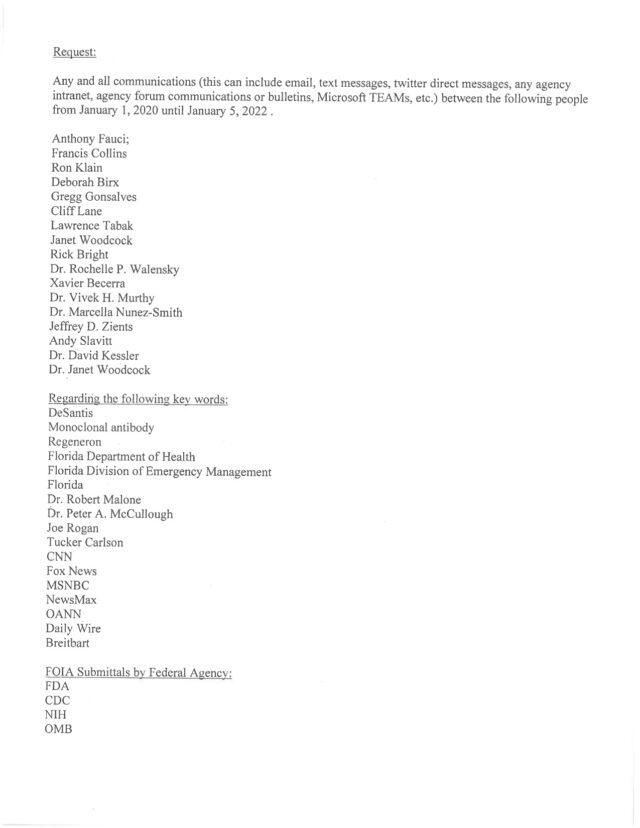