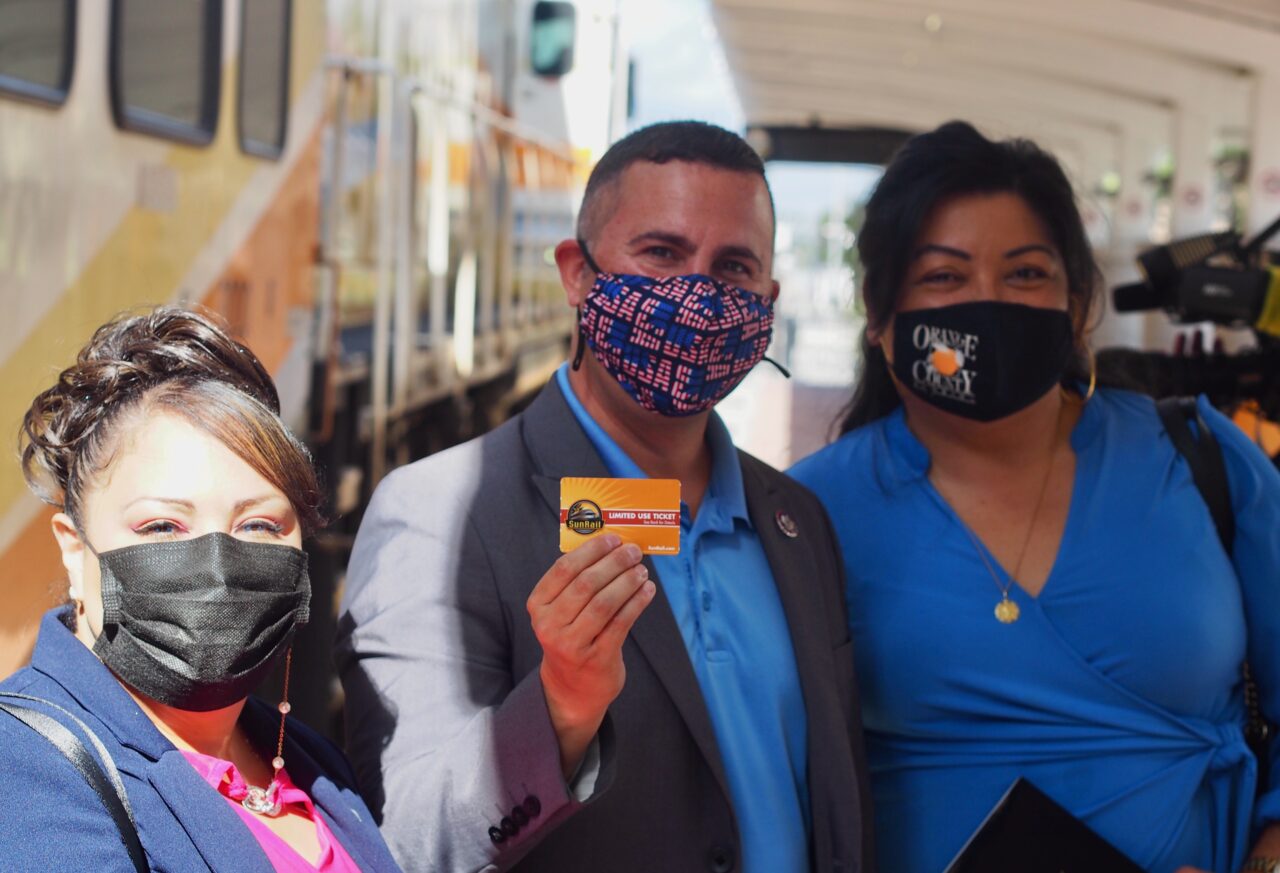 Soto is leading a letter to U.S. DOT requesting a weekend ridership survey.

If that study presents promising findings, Soto said the multicounty public railroad could be eligible for more federal infrastructure money, including limited support for weekend and evening service.

“Commissioners, SunRail ambassadors, constituents, transportation engineers all say they get asked about this constantly, about when SunRail will have weekend service. But it is going to take a federal survey. So we’ve asked for a federal survey today. We sent a letter to U.S. DOT, and we’re working with SunRail as well,” Soto said.

“The federal survey has to come back positively. And then we’re allowed to apply for the funds, through SunRail,” for initial operational costs and capital costs including additional trains needed to get weekend service rolling, Soto said.

He said he’s also talking with other House members along the route — Democratic Reps. Val Demings and Stephanie Murphy and Republican Rep. Mike Waltz — to organize a united push for the study’s funding.

SunRail runs to three stations in Osceola County, eight in Orange County, four in Seminole County, and one in Volusia County, with a second Volusia County station now being developed. Except for special nighttime service during home Orlando Magic games — which is just restarting with Magic support — SunRail service is limited to commuter hours on weekdays. Since the train began rolling in 2014, officials have expressed hope that weekend and fuller evening service would become possible, but it hasn’t yet.

“I will tell you one of the top things we get asked for over and over again is for weekend service. So that would be a huge deal and make a huge impact not only for our community in Osceola County but for the whole region,” said Commissioner Janer, who is vice-chair of the Central Florida Commuter Rail Authority.

That authority, and the four counties and various cities along the route, are facing fiscal pressures regardless. The state’s annual subsidies are set to end in early 2023. At that point, the counties and cities will have to find other funding or pick up the state’s share themselves. Soto expressed hope Central Florida lawmakers could get SunRail annual line-item budget appropriations, but that would be tenuous on an annual basis.

Uribe, chair of MetroPlan Orlando, the region’s transportation planning agency, noted downtown Orlando has numerous events besides Magic games. Those include upcoming concerts with Garth Brooks and the Eagles, big college football games, and other sporting events that Orlando hosts.

“This is something where we would want to have this transportation not only for the locals but for visitors, where you could be staying in Kissimmee and commute in for football games and things like that,” Uribe said.