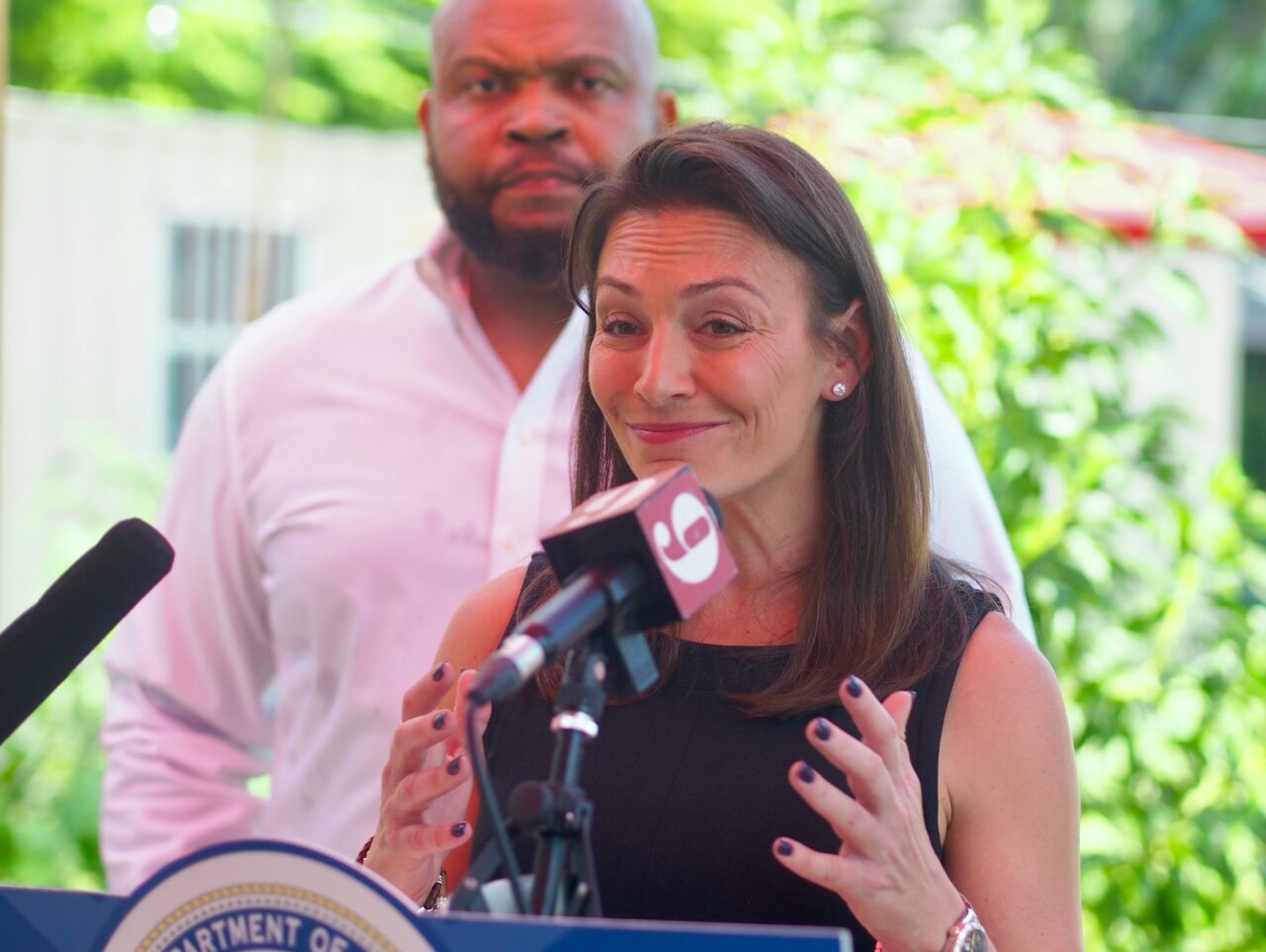 Nikki Fried’s campaign for Governor has had more than its share of bumps, but she’s proving to be a good counter-puncher.

Her revelation that the state let more than 1 million COVID-19 test kits sit in a warehouse until they expired left Gov. Ron DeSantis embarrassed and struggling to explain how that happened.

“We had between 800,000 and 1 million test kits — Abbott rapid test kits — in our warehouse that did expire,” Florida Division of Emergency Management Director Kevin Guthrie said. “We tried to give them out prior to that, but there was not a demand for it.”

Well, there sure is a demand now.

Jittery Floridians sometimes wait in line for hours for a test. That’s not a good look for the Governor, even though, honestly, it seems that he wears a Teflon suit.

In a statement on Dec. 30, Fried made her allegations at about the time cases of the omicron variant were spiking in Florida.

“It’s come to my attention that Governor DeSantis’ Department of Health has a significant number of COVID-19 tests stockpiled that are set to expire imminently. Given the Governor’s lack of transparency throughout this pandemic, there’s no known public information about these tests or how soon they expire,” she said then.

“With omicron infections exploding throughout Florida, I beg of him to release these tests immediately to local counties and cities and to stand up state-sponsored testing sites. To let these tests expire while Floridians anxiously wait for hours in testing lines is negligent at best and heartless at worst.”

The Florida Department of Health blithely dismissed her initial complaint.

“It’s come to my attention that Nikki Fried needs to turn on that blinker and get back her in lane,” responded DOH Press Secretary Jeremy Redfern on social media.

After DeSantis admitted that, yep, Fried was right after all about the expired tests (and tried to blame it on President Joe Biden), Fried pounced at a news conference in West Palm Beach.

“This Governor is not fit to serve,” she told reporters. “He should have known that this stockpile of tests could have been distributed all throughout the state. This is not only a (dereliction) of responsibility. But this is a complete failure of this Governor.”

As the only Democrat in Tallahassee elected statewide, Fried spoke up early and often against DeSantis. He responded by either freezing her out or flat out ignoring her.

While it seems likely that the omicron surge may soon subside, who is to say there won’t be a different surge?  Followed by another, and another? Every time that happens, Fried now has the ammunition to remind Floridians of the testing blunder that came on DeSantis’ watch.

One thing is for sure. Fried has no intention of staying in her lane. You would think DeSantis and his staff would have figured that out by now.