With little debate, the Senate Reapportionment Committee unanimously approved its draft of Florida’s congressional map. The formal bill (SB 102) takes a map crafted over months (S 8040) and turns it into legislation. The map preserves the same number of Black and Hispanic majority-minority and effective minority districts in the state. Using data from the 2020 presidential election, the map contains 16 districts that voted for Donald Trump­ and 12 for Joe Biden. Here’s your nightly rundown.

FacelessTime. A Senate panel advanced a bill l (SB 312) that would strike the prohibition in current law that bans the use of “audio-only” devices for telehealth.

Shields up. The Senate Rules Committee OK’d a bill (SB 7014) to extend COVID-19 liability protections for health care providers and facilities through mid-2023.

Open door policy. Legislation (SB 254) giving houses of worship the right to keep their doors open during a state of emergency is ready for a vote on the Senate floor.

Legalize it. Democrats have introduced at least 10 marijuana-related bills in the 2022 Legislative Session, including one bill that would outright legalize it.

Keep it fair. The Fair Districts Coalition sent a letter to senators questioning whether they’ve put enough research into minority protection during the redistricting process.

“Basically, if Target and Publix are open, so too should be the religious institution.”

— Sen. Jason Brodeur, on his bill allowing churches to remain open during a state of emergency. 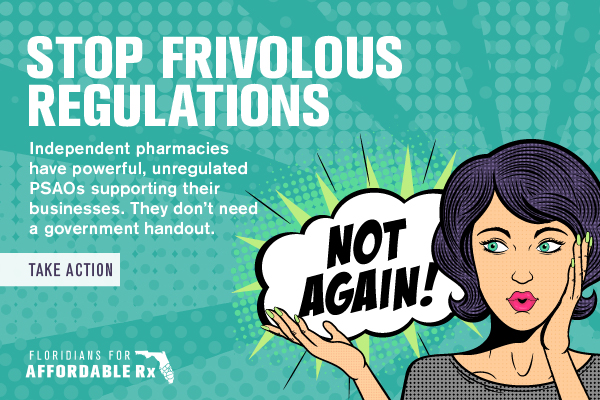 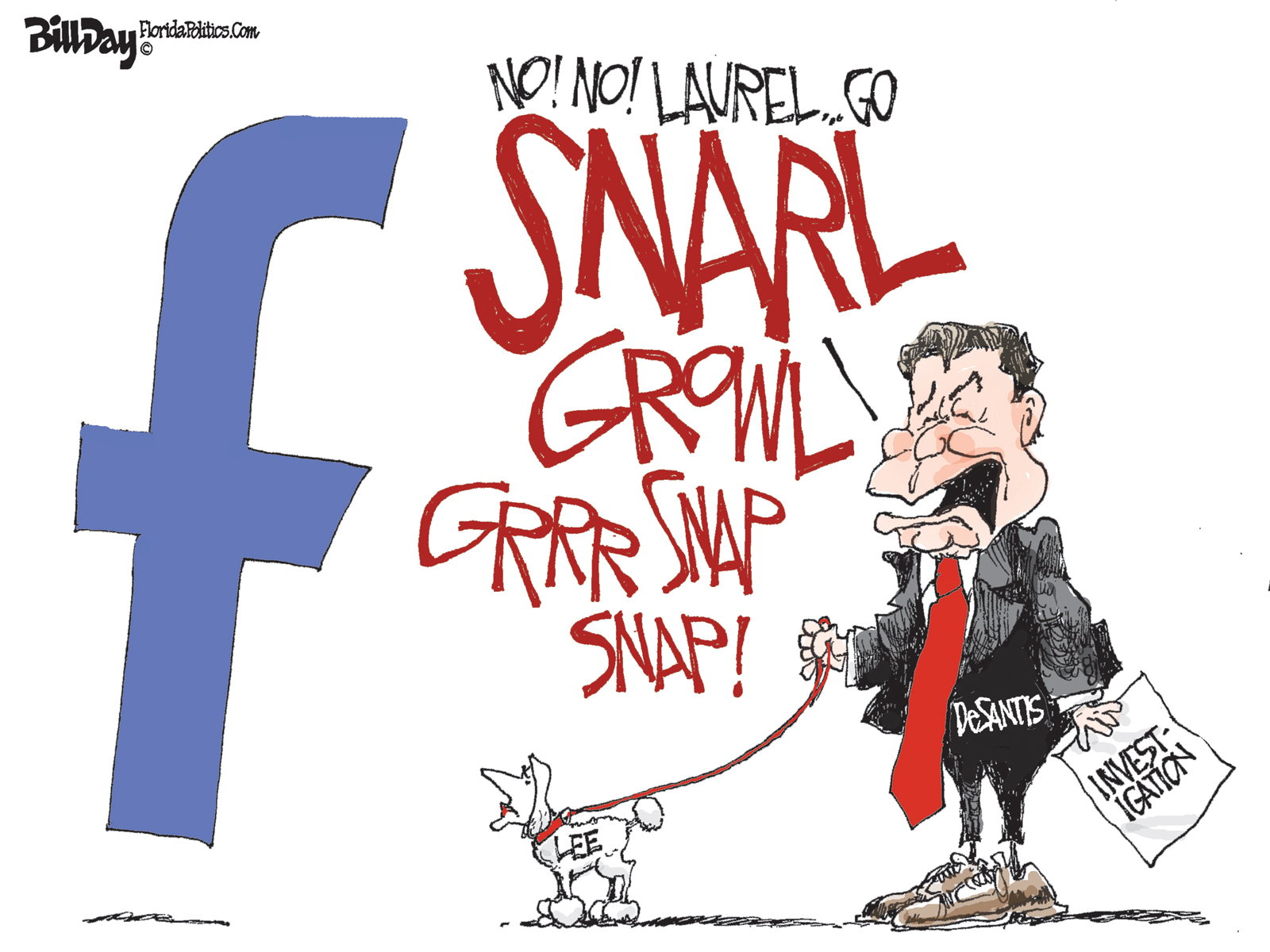 The Florida Senate had plowed forward aggressively on redistricting. Sen. Ray Rodrigues, Senate Reapportionment Committee Chair, said it’s important with the 2022 elections looming to get the process done as soon as possible. He spoke to Florida Politics about why time is of the essence — and a whole lot more.

FP: Why was it important to complete this early in the Session?

Rodrigues: It’s always good when you have important legislation to get it done as early as possible. And in this case, it’s particularly important. Once we agree on a House and Senate map, it passes both chambers and a joint resolution then goes to the Attorney General for 15 days to review for any glaring legal deficiencies. Seeing none, it then goes to the Supreme Court for a 30-day review. At that point, anyone who wishes to challenge the maps that have been published for legal reasons, they have that opportunity with the court. It’s a high-level review that the court does at the end. If they take the entire 30 days, when they get to the end, they’re either going to approve it or they’re going to say, ‘There are problems in these areas, they need to be remediated, go address these issues and then bring us back your updated map.’ It’s important to complete that process as soon as possible because qualifying is scheduled to begin in the middle of June. The sooner we finish this in Session, the more time we have to get through the Attorney General review, the court review, and to take any remediation steps, should the court order that.

FP: Online, some people hoping for a more aggressive congressional map are questioning if the House should even take up the Senate’s map. Is there an obligation they do so?

Rodrigues: The way this has been done in the past is we will each put forth our own map, and then if the two maps don’t agree, we go into conference. It’s treated much like the budget, which is going to bring forth what we think is the right way to do this process. And if we agree with each other, then we both pass it out. If we don’t, we’ll be forced to go into conference and negotiate.

FP: What does conference look like when you are talking about lines as opposed to numbers in a budget?

Rodrigues: I’ve only seen conference once. That was a Special Session, I think, during my sophomore (House) term. The Senate was chaired by then-Majority Leader Bill Galvano. The House conference committee was chaired by future Speaker José Oliva. They only had one meeting, and if you’ll go back and look, that was a debacle. So I’m hopeful that our conference will look much more like the appropriations conference where we can reach an agreement and much less like the last time we had a redistricting conference where the two sides couldn’t come to an agreement. Not only did that conference meeting not end well, the two chambers never did pass out what they agreed, and that’s part of what led to the problems with the court.

In the pros, an All-Star Game is generally a low-stakes affair. It used to determine home-field advantage in the World Series, but the MLB nixed that rule a few years ago. Other than that, the winners get no spoils.

In college, however, it’s the opposite. The Hula Bowl, an unofficial NCAA football All-Star Game, features a roster of players who plan to leave it all on the field. True, many of the players who suit up don’t expect to get picked up by an NFL squad until the later rounds of the draft, if at all. But that only makes them hungrier.

The Hula Bowl has been played in Hawaii since it launched in 1960, but the Sunshine State will play host this year. Ballard Partners lobbyist Adrian Lukis, who recently added the Hula Bowl as a client, says Gov. Ron DeSantis deserves credit for the unprecedented move.

“They were attracted by the Governor’s policies — by ‘The Free State of Florida,’” said Lukis, who served as DeSantis’ Chief of Staff before joining Ballard Partners this year.

Hula Bowl owner Nick Logan confirmed the sentiment, “I am thrilled to bring the 2022 Hula Bowl to Florida. And I am especially excited to bring the game to the UCF Bounce House in Orlando. The whole Hula Bowl family sends our sincerest thanks to Gov. DeSantis; his leadership is the reason the Hula Bowl will be played in the Sunshine State for the foreseeable future.”

The move is just one of the interesting storylines for this year’s Hula Bowl. The other? McKenzie Milton’s homecoming.

The UCF QB-turned-FSU QB will be behind center in the Bounce House for the first time since he suffered a gruesome knee injury at the end of the 2018 season. He missed two full seasons before taking a support role at FSU. Despite his limited playtime this season, it was a remarkable accomplishment for a player that at one point wasn’t expected ever to walk again. It even earned him “Comeback Player of the Year” honors from the Mayo Clinic.

The Hula Bowl will be his last outing as a college player and, by extension, his last chance to get an NFL scout’s attention.

But the Hula Bowl didn’t hire a lobbyist to get Milton an NFL gig. They want to get a sense of the political landscape in their new home state. At least one lawmaker who has been at the forefront of college sports issues will be at the Bounce House for the Florida debut: Rep. Chip LaMarca. 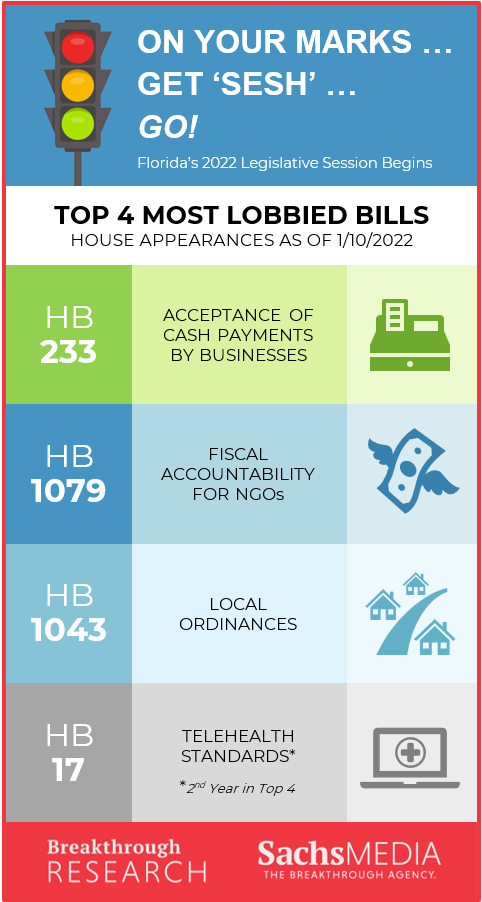 — The House Health & Human Services Committee will consider a proposed committee bill to extend COVID-19 Liability protections when it meets at 9 a.m. in Morris Hall.

— The Education Estimating Conference will discuss pre-K-12 enrollment when it meets at 8:30 a.m. in Room 117 of the Knott Building.

— The Revenue Estimating Conference will analyze the potential fiscal impacts of proposed legislation when it meets at 1:30 p.m. in Room 117 of the Knott Building.

nextSunburn — The morning read of what’s hot in Florida politics — 1.14.22