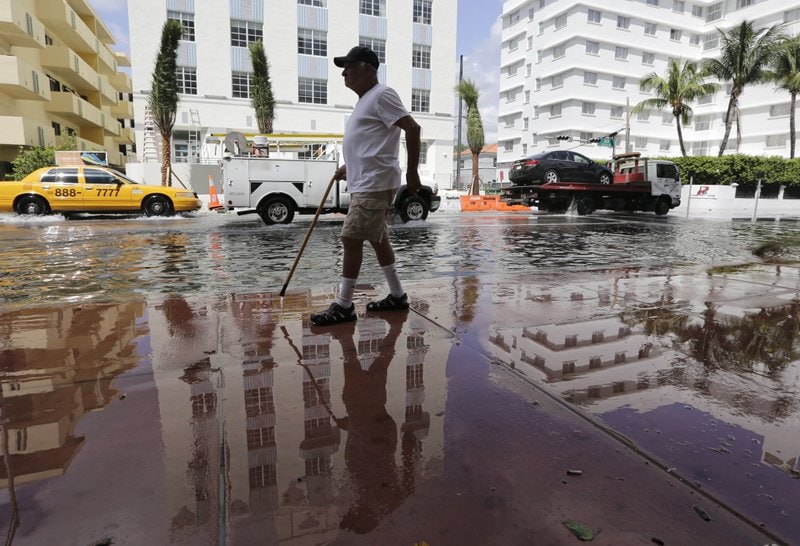 'We're spending a whole lot of money here on projects in a reactive way.'

The Florida Department of Environmental Protection presented its first Resilient Florida plan Tuesday evening — but not without some criticism from lawmakers on both sides of the aisle.

The plan, presented to the Environment, Agriculture and Flooding Subcommittee, provided a preliminary outline for the Resilient Florida Grant Program — the state’s new annual $100 million commitment to tackle issues around sea level rise and mitigation efforts. The program was established under SB 1954, a 2021 legislative priority of House Speaker Chris Sprowls that was signed into law by Gov. Ron DeSantis last summer.

Adam Blalock, the DEP Deputy Secretary for Ecosystems Restoration, presented the proposal to the committee. He outlined how the department selected the projects it put forth in the grant list, starting with local governments submitting project grant requests via the DEP’s Resilient Florida online portal, which opened July 1. Submissions closed Sept. 1.

The department received 384 project requests through the portal, totaling nearly $2.25 billion, Blalock said. After evaluating the projects for eligibility — the proposals could not be used for recreational structures like piers or for aesthetics — 275 projects were left, totaling $1.77 billion.

Those projects were then scored based on four-tiered pieces of criteria established under the original legislation. The criteria factored in critical assets, existing conditions, innovation to reduce costs and financial need.

After scoring the submissions, the DEP provided the Legislature 76 projects in the plan, which describes the project along with scores to help the Legislature navigate funding distribution.

Nearly half — 46% — of the listed projects address stormwater management and flooding. About a quarter, or 26%, deal with living shoreline and nature-based solutions. Another 20% are directed toward fixing a critical facility, 7% are for seawall projects and 1% are for structure elevation.

However, after the presentation, Pinellas County Democratic Rep. Ben Diamond criticized the framework of the grant program, saying it focused too heavily on the inevitability of sea-level rise rather than addressing the root issues that cause it.

“It’s a tremendous amount of money, and I’m wondering if there’s some way we can get recommendations from the agency as to what we could be doing proactively to mitigate against the things we’re doing as a state that are causing a sea level rise,” Diamond said. “I mean recommendations about renewable energy or energy efficiency or policy changes we could be making, because we’re spending a whole lot of money here on projects in a reactive way.”

Blalock responded to Diamond’s criticism, saying that the department was “limited in the scope of that assessment,” in reference to the specific parameters of the Resilient Florida Grant Program.

“It’s not that it’s hindering us from doing it, but the particular requirements and the purpose of this assessment and doing this report is to identify those critical assets that we need to start putting dollars and investment into addressing existing sea level rise and flooding impacts that are going to be occurring in the near- and mid-distance time periods,” Blalock said.

Another Pinellas County lawmaker, Republican Rep. Linda Chaney, expressed concern over the inclusion of smaller communities in the grant program.

Blalock responded saying that it’s possible that the communities just didn’t meet the rankings to make the list, but that the department can examine why certain projects did or didn’t get picked. Chaney said she would like DEP to do so.