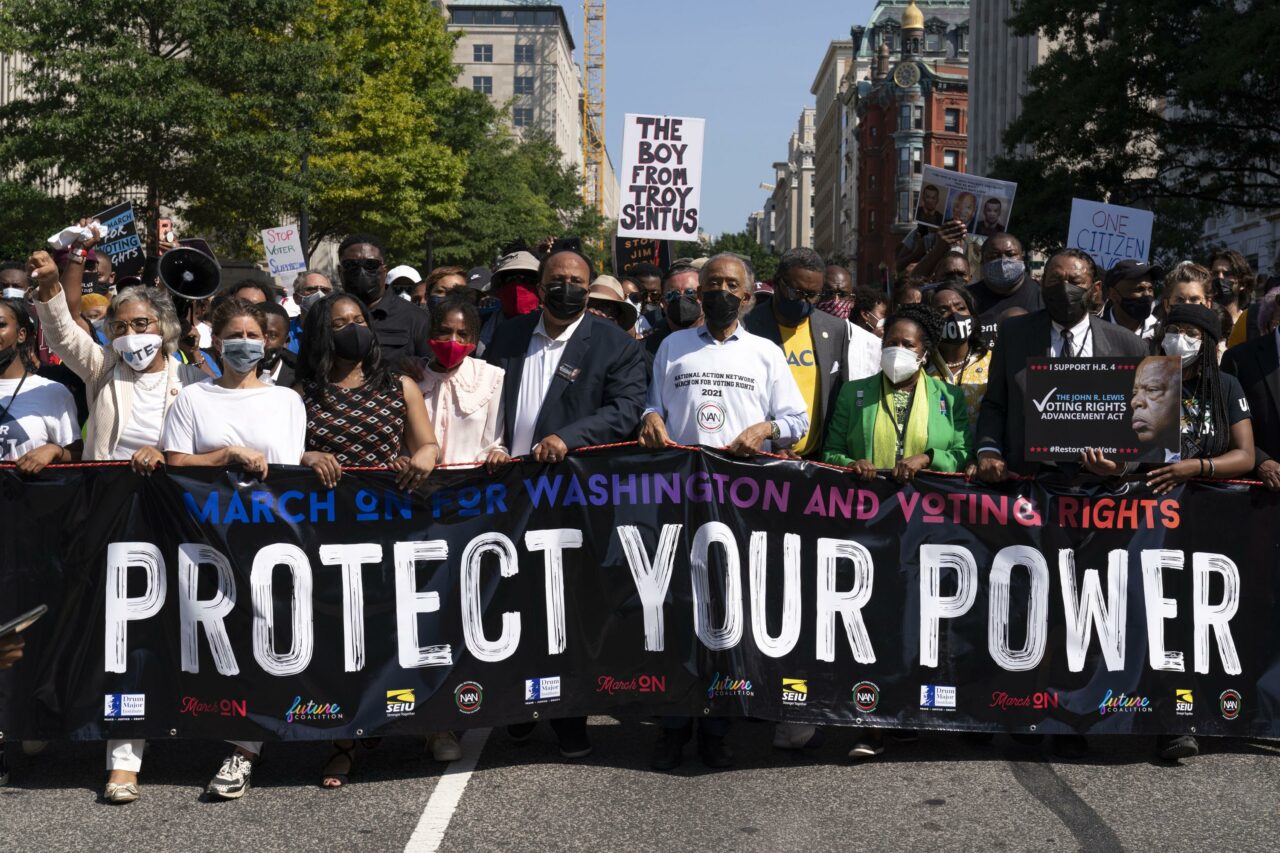 Even if we can’t make our voice heard at the ballot box, we help others exercise their rights.

In November 2018, Florida voters and grassroots activists came together to achieve a historic victory.

Prior to Amendment 4, Florida represented one of only 4 states where citizens convicted of felonies who completed sentences could not vote.

Though voting rights had been stripped from returning citizens for over a century, our activist-driven ballot measure restored the vote to almost 1.5 million Floridians who had already served their time.

It was the largest voting rights expansion since the Voting Rights Act of 1965.

It took years of hard work, lending emotional support to each other to get to the finish line, but we won our rights back.

We registered to vote as soon as the Amendment took effect, reclaiming our power.

Overjoyed to finally make our voices heard and proud of everyone who helped make it happen, we cast our first votes in a Jacksonville municipal election.

We were citizens of our community with the opportunity to vote — a right so many take for granted, but that we were denied for so long.

It felt too good to be true.

Months after Amendment 4 passed, the Florida Legislature enacted S.B. 7066, which requires citizens to pay all financial obligations related to their criminal sentence before being eligible to vote.

Returning citizens can be fined for many reasons, and often face steep interest rates and no payment plan options. Those fines can run into tens or hundreds of thousands of dollars.

It is a poll tax that discriminates against lower-income people, and especially women of color, who face the stigma of former convictions while searching for the jobs we desperately need to financially support ourselves and our families.

When the 19th Amendment was ratified over a century ago guaranteeing in theory that the right to vote could not be denied or abridged on account of gender, Black women in practice could not vote throughout much of the country.

And although significant progress has been made since 1965 when the Voting Rights Act was passed, women — especially Black women — still face laws like S.B. 7066 that make it more difficult for us to vote than our male counterparts.

This time, instead of hitting the streets to persuade our neighbors to vote in favor of Amendment 4, we were in federal court.

Unwilling to see its modern-day poll tax dismantled, the state of Florida appealed the final order.

Ultimately, mere weeks before the 2020 Election — an appeals court ruled 6-4 in favor of Florida.

When that court affirmed the poll tax, we lost our say in what we want — for our families, our community, and our country.

Our power evaporated, simply because we cannot pay thousands of dollars of restitution.

The court system failed us.

The fight always continues, however.

We founded a nonprofit, the Harriet Tubman Freedom Fighters, where we go into neighborhoods ignored by most campaigns to register, educate, and mobilize voters.

Even if we can’t make our voice heard at the ballot box, we help others exercise their rights.

Our best option now for restoring our own voting rights is for the U.S. Senate to pass the John Lewis Voting Rights Advancement Act and the Freedom to Vote Act.

Even with a majority of the U.S. Senate voting to move forward, anti-democracy politicians — including Sens. Scott and Rubio of Florida — used legislative tricks to avoid even formal debate of the bills.

We are again silenced by powerful politicians who were elected without our votes. Meanwhile, several recent voter suppression laws and court cases, including ours, prove that we stand at a watershed moment for voting rights in Florida and across the country.

So, we call on U.S. Senators to use their power and pass these two bills to protect people like us who just want to be active members of our society and play our part in realizing the true dream of America’s democratic principles.

Rosemary McCoy and Sheila Singleton are residents of Jacksonville and the founders of a community education and election mobilization nonprofit, the Harriet Tubman Freedom Fighters, Inc. Before the organization’s founding, they were named plaintiffs in McCoy v. DeSantis, a lawsuit filed on their behalf by the Southern Poverty Law Center.