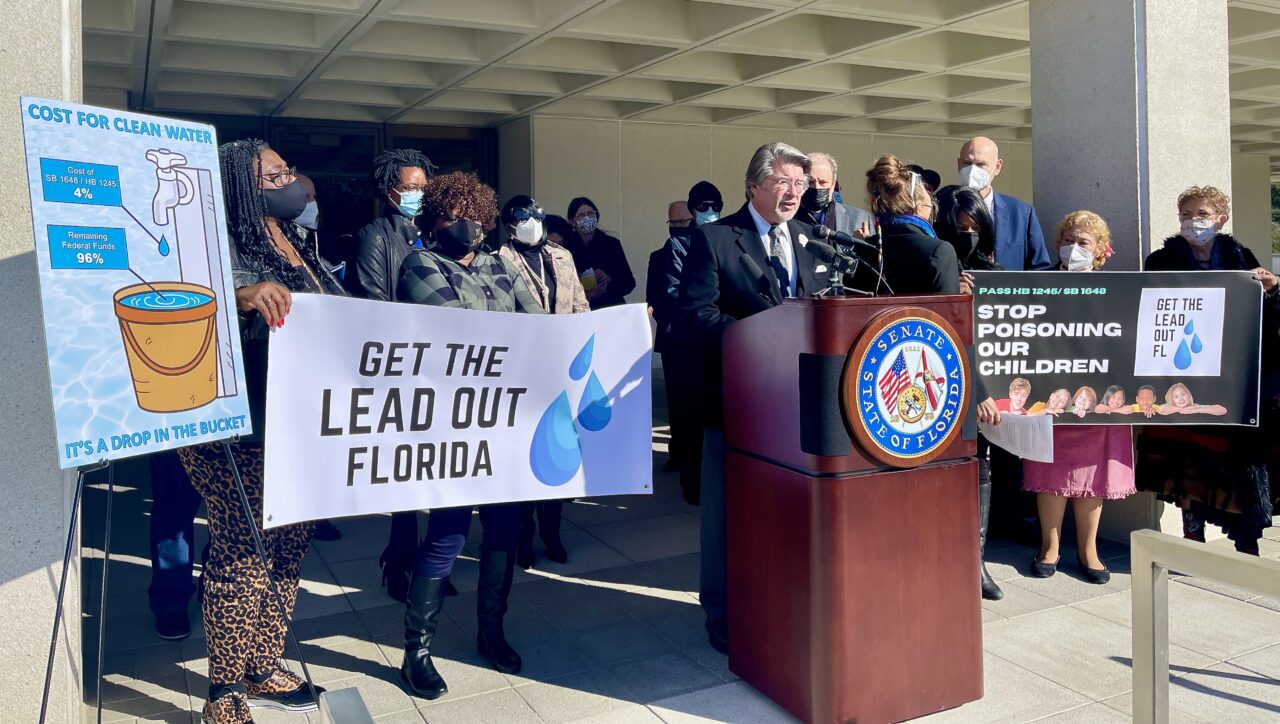 The needed funding, they say, is a 'drop in the bucket.'

Florida’s constitution binds schools to promise a “safe” and “high-quality” education to those under their care. You might assume that promise would include that the water schools provide to young students is lead-free.

However, most schools are unable to make that promise. Under current state law, lead testing at public schools is optional and most school districts — advocates say — don’t test.

That could soon change under a proposal filed Tuesday by Sen. Gary Farmer of Fort Lauderdale and Rep. Angie Nixon of Jacksonville.

The measures (SB 1648 and HB 1245) would circumvent testing and take steps to ensure the drinking water at Florida schools is lead-free.

Under the proposal, schools must install one water bottle filling station per 100 students. Those stations, the bill states, must feature a lead-removing filter.

Schools must also install similar filters on all on-campus drinking water sources before the 2023-2024 school year, including those located within a cafeteria.

“Lead is a potent neurotoxin affecting children’s learning, growth, and behavior,” Nixon said Tuesday at a press conference. “Children in schools, many low-income and Black communities all across this state, are at risk of being poisoned simply by drinking water out of a fountain they falsely assume will be safe.”

Doing so, however, will require sizable funding. So proponents of the measure, including Farmer, are urging lawmakers to use a portion of the federal COVID-19 relief funds provided by the U.S. Department of Education via the American Recovery Plan Act.

The needed funding, they say, is a “drop in the bucket.”

“There’s a time limit on this funding, and ensuring clean drinking water for our kids is an unquestionable obligation for this Legislature,” Farmer said alongside Nixon and advocates at the press conference. “There is no guarantee these funds will be allocable the next time the Legislative Session rolls around, which makes it absolutely imperative for us to act now.”

According to the Environmental Protection Agency (EPA), lead exposure — even in low levels — can prove harmful to children. It, among other impacts, can damage the nervous system and slow development.

Proponents of the measure note many schools in Florida were built before the EPA decreased the acceptable lead standard in pipes from 8% to 0.25% in 2020.

“Many people in Florida just assume their children have safe access to drinking water while in school,” said Dr. Howard Kessler of Physicians for Social Responsibility Florida. “Our greatest struggle has been educating people to let them know that most districts in Florida still have toxic levels of lead poisoning in school drinking and cooking water. 2022 is the year to catch up to people’s assumptions and get the job done.”

Nationwide, lawmakers have given greater attention to water purity after the years-long water crisis in Flint, Michigan. Between 6,000 and 12,000 children were exposed to lead-tainted water during the five year public health crisis.

If signed into law, it would take effect July 1.