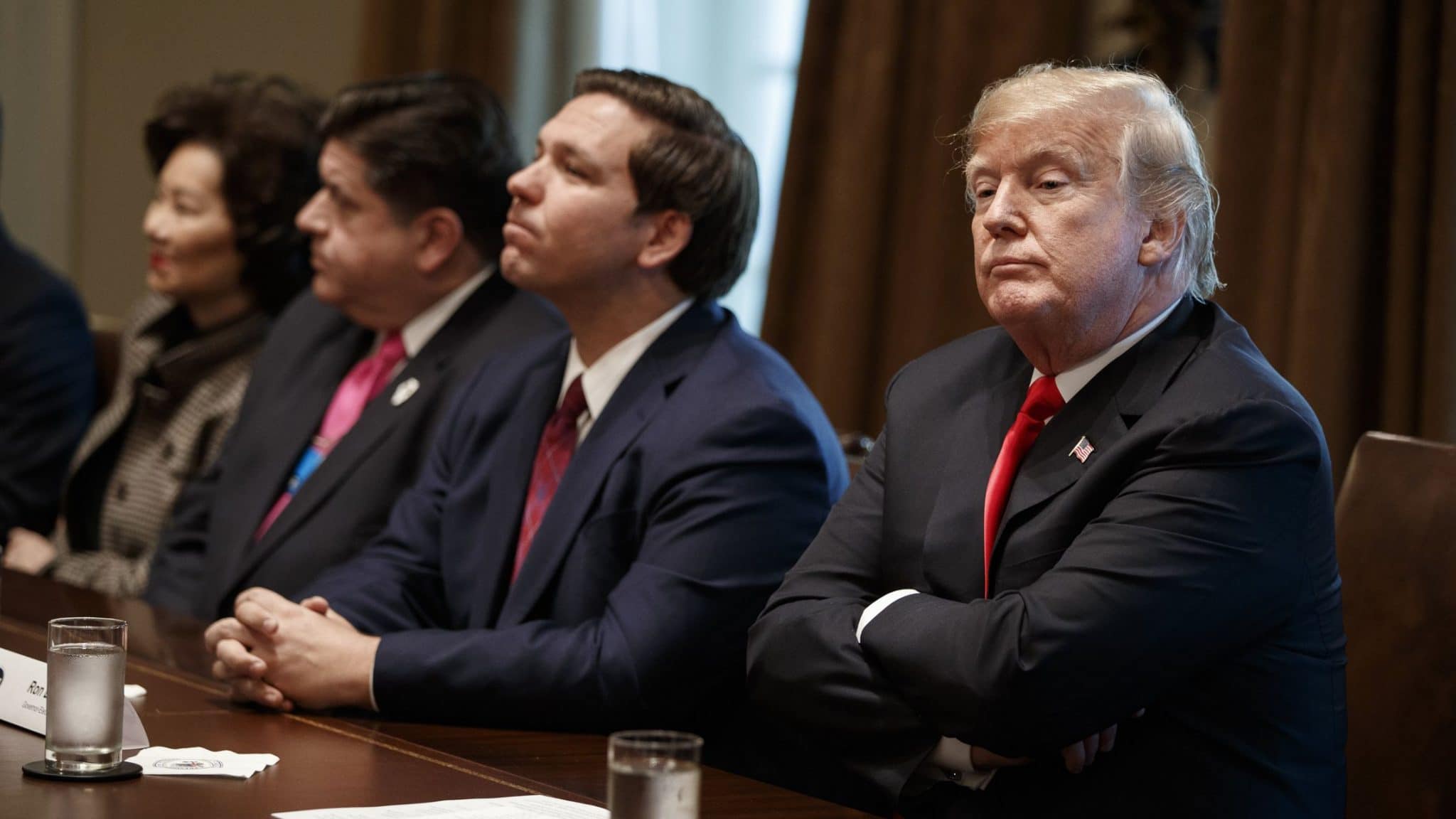 The former President's daughter in law says DeSantis needs to get it right.

On Wednesday, Lara Trump discounted rumors of “bad blood” between Donald Trump and Ron DeSantis while suggesting Florida’s Governor may just need “another opportunity” to demonstrate his support for Trump ahead of the 2024 election.

Lara Trump was on “Varney & Company” on the Fox Business Network, where she was asked to respond to a report that it was “too much to ask” for DeSantis to preemptively endorse another Trump term in 2024.

She suggested that DeSantis might just need a do-over.

“Let’s give him another opportunity. Perhaps he did not mean exactly how those words are being interpreted. Let’s wait and see. I haven’t spoken to Ron DeSantis myself about that, so I don’t know for sure,” said Trump, who is the former President’s daughter-in-law.

“I’m sure the two of them are going to be together at some point to discuss things. If Donald Trump is the nominee in 2024, anyone else would almost have to be crazy to jump into this race on the Republican side,” she added.

“I love Ron DeSantis being the Governor of Florida,” she added. “So let’s let everybody figure out what they’re doing. And then we can go tit for tat on this stuff.”

Trump noted that the former President has not said he will run in 2024 yet.

“The idea that you can actually give support to someone who hasn’t said that they are running, I’m not totally sure about that. But look, as far as I know, there is no bad blood here between Donald Trump and Ron DeSantis,” she said.

Lara Trump’s comments came just hours after Donald Trump associate Roger Stone, teasing a third-party challenge to DeSantis for Governor in 2022, released a video claiming the former President had to “drag (DeSantis) over the finish line” against Democrat Andrew Gillum.

While Trump World continues to stoke the apparent schism between the Governor and his former political patron, those in DeSantis’ orbit say there is no issue. During a Tuesday appearance on the Fox Business Channel, Lt. Gov. Jeanette Nuñez dismissed reports of a Trump/DeSantis split as “media obsession” and “madeup animosity.”

The Governor addressed the Trump question in an interview with the right-of-center Ruthless Podcast. He danced around giving direct answers, claiming the media is stoking the conflict.

Trump has predicted that if he runs for President again, DeSantis will not run. But DeSantis has not promised to bow out of the race, apparently irking Trump. Instead, DeSantis has tended to deflect the question.

Of late, Trump and DeSantis have been squabbling about pandemic politics. The former President needled “gutless” politicians about not disclosing whether or not they’ve gotten a booster for COVID-19. The Governor has not said definitively whether he has gotten the booster shot or not.

In turn, DeSantis suggested the Trump administration paved the way for lockdown politicians.

“What could you do, you know, earlier? I think like, when COVID was first coming, we were actually engaged in it. I was telling Trump, ‘Stop the flights from China,’ because we didn’t know what we were dealing with. But, you know, I never thought in February, early March, that it would lead to locking down the country. I just didn’t. I didn’t think that was on the radar. … I had Pence and the CDC director down in Port Everglades talking about cruise ships the second week of March. And no one was talking about shutting down the country. And I think if, knowing now what I knew then, if that was a threat earlier, I would’ve been much louder about, you know, trying to say, ‘This is not,’” DeSantis said on the Ruthless podcast.